2019 Nobel Prize in Physics
This year, three researchers are recognized for their contributions to understanding the cosmos. 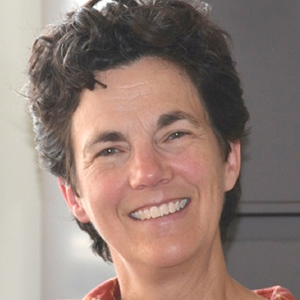 Openness, Security, and APS Activities to Help Maintain the Balance
In this special APS News Back Page commentary, the APS Presidential Line highlights the steps being taken by the Society to maintain the balance between international collaboration and national security. 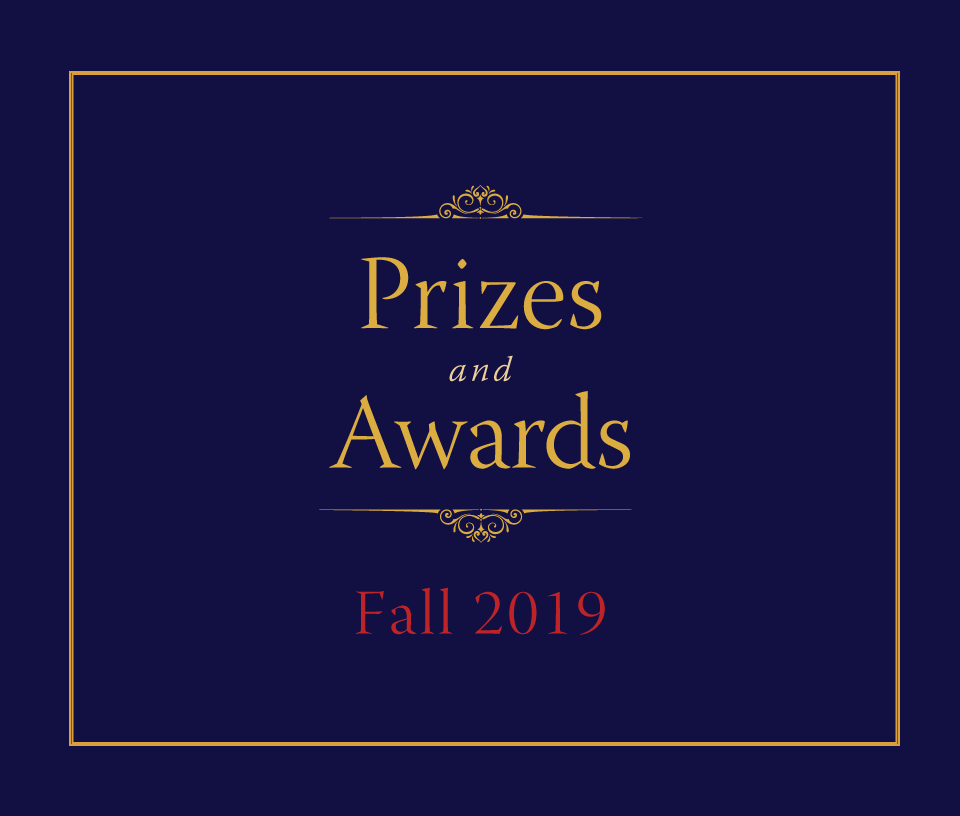 LabEscape at the APS March Meeting
The popular physics escape room challenge was a hit at the March Meeting and will be held again at the DAMOP meeting in Milwaukee.

Sexual Harassment Drives Women out of Physics
A survey of undergraduate women in physics indicates that nearly three-quarters experienced harassment that left them feeling alienated and alone.

Five Institutions Join the PhysTEC 5+ Club
PhysTEC announces the colleges and universities that graduated 5 or more physics teachers in the 2017-2018 academic year. 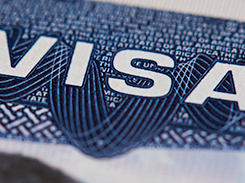 Review of Particle Physics Celebrates its 60th Anniversary Edition
The ultimate reference on all things particle physics is available online, with a slimmed down booklet version soon to follow.

APS Designates LIGO Labs as Historic Sites
In recognition of their immense importance in unlocking the mystery of gravitational waves, the two LIGO lab locations were honored on June 20.

2018 U.S. Physics Team Prepares for Portugal
Twenty of the top high school physics students from around the nation came together to train to be a part of the U.S. team traveling to the 2018 International Physics Olympiad.

2018 Kavli Prize Winners Announced
This year’s winners of the prestigious Kavli Prize in astrophysics, nanoscience, and neuroscience have been announced.

APS Celebrates Science of Light with Art
APS joins with OSA and AIP to support a one-of-a-kind display of art and technology.

APS at the March for Science
APS and the Optical Society Team Up for D.C. Event

April Meeting Diversity Events and Undergraduate Opportunities
The 2018 APS April Meeting will feature research on a wide range of topics, from “Quarks to the Cosmos.”

APS at the USA Science and Engineering Festival
An all-about-science weekend isn’t complete without everyday physics.

2018 Goldwater Scholars Announced
Thirty-three exceptional physics and astronomy students were rewarded for their academic achievements and promise as future researchers. 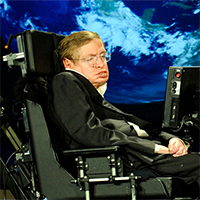 APS Statement on Stephen Hawking
APS mourns the passing of Stephen Hawking, known for his groundbreaking contributions to our understanding of gravity and cosmology.

Being a Scientist in the American Economy: It’s Not What You Think
As federal lawmakers iron out details of the fiscal year 2018 budget, they should keep in mind that science deserves strong support

APS Members Make Forbes “30 Under 30” List
Four members of APS were named to the annual “30 Under 30 in Science” list published by Forbes magazine. 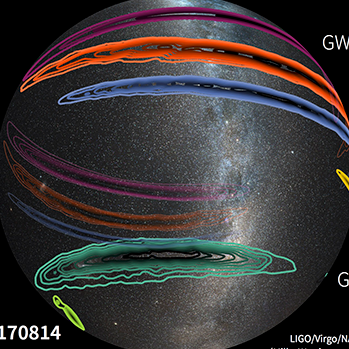 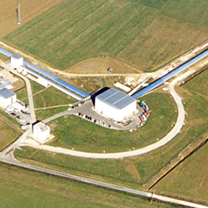 Virgo Joins LIGO in Detection of Gravitational Waves
With data from a third detector, researchers can better localize source of waves 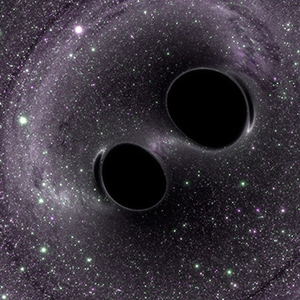 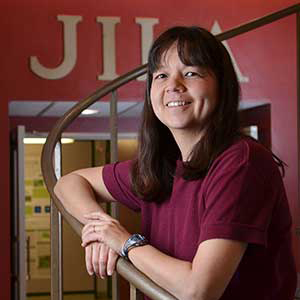 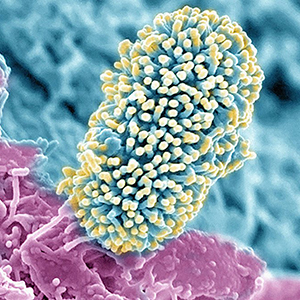 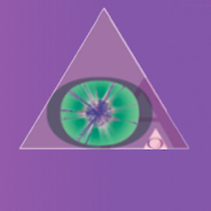 Peer Review Week 2016: A Celebration of Scholarly Review
Promoting the widespread importance of peer review in science publishing and communications

Global Light Pollution Masks the True Night Sky
A monthly recap of papers selected by the editors of Physics.

Physics in Cuba
After the beginning of a thaw in U.S. relations with Cuba, scientists discuss prospects for collaboration with our southern neighbor

Edward Witten Receives Inaugural APS Medal
Thanks to a donation from entrepreneur Jay Jones, the new prize recognizes achievement in physics across all disciplines

Four Elements Added to the Periodic Table
Discoveries made by groups from Russia, Japan, and the US are confirmed

Nuclear Physicists Look to the Future
The 2015 Long Range Plan for Nuclear Science is unanimously approved.

House Science Committee Queries Astrobiology Researchers
Searches for life on other planets get the Congressional spotlight.

Ig Nobels Celebrate the Silly Side of Science
Awards honored scientists who un-boiled an egg, discovered the "law of urination," and went down other strange research avenues.

Light Festival to Shine in Washington, D.C.
A celebration of light is coming to our nation's capital, this Saturday, September 12.

Physicists Endorse Nuclear Deal with Iran
Many prominent U.S. physicists are among the supporters of the proposed nuclear weapons deal with Iran.

Jack Gibbons 1929-2015
John H. “Jack” Gibbons, a physicist who served as science advisor to President Bill Clinton in the 1990s, passed away on July 17th.

U.S. Physics Olympiad Team Returns With Gold and Silver
Top high-school physics students from around the world face a challenging battery of tests.

Physicists Find Fulfillment Outside of Academia
A new report from the American Institute of Physics (AIP) finds that most private sector Ph.D. physicists find their careers rewarding.

Restart of Hawaiian Telescope Construction Blocked by Protesters
Construction of the Thirty-Meter Telescope (TMT) in Hawaii was once again stopped by protestors.

Physicists Converge on the Perimeter Institute
Physicists across several disciplines came together for frank discussions of the current state of physics and possibilities for the future.

Senate Bill Provides 5-year Roadmap for Energy Research Funding
APS has given its support to the newly introduced “Energy Title of the America COMPETES Reauthorization Act of 2015” (S. 1398).

United States and CERN Boost Cooperation
Representatives from the National Science Foundation, the Department of Energy, and CERN signed a new accord to ensure continued collaboration.

Congressional COMPETES Bill Starves Some Programs to Feed Others
The House Science Committee put forward controversial legislation that would reprioritize federal spending on science and research.

2015 NSF Waterman Award to Metamaterials Scientist
One of the U.S. government’s highest scientific honors has been awarded to Andrea Alù at the University of Texas at Austin.

Particle Physicists Gather to Plan Next Accelerator
Many of CERN’s top scientists met to share their research and preliminary designs for a Future Circular Collider.

National Science Foundation Issues Open Access Policy
Journal articles supported by grants from the NSF will be free to read one year after their publication.

The American Physical Society Names its First Chief Executive Officer
The APS Board of Directors has voted to appoint Dr. Kate Kirby as the first CEO of APS.

Charles Townes 1915-2015
Nobel laureate and co-inventor of the laser Charles Townes passed away on Tuesday, January 27, at the age of 99.

Physicist Expected to Take Charge at Pentagon
President Obama has nominated physicist Ashton Carter to be secretary of defense.

APS and Smithsonian Roll Out Red Carpet for The Theory of Everything
APS cohosted the Washington D.C. premiere of the new Stephen Hawking biopic.

U.S. National Medal Winners include Past APS Presidents
Two former presidents of APS were among the recipients of top science and engineering prizes.

New APS Mid-Atlantic Section to Meet at Penn State
The newest regional section of APS will have its inaugural meeting in October.

APS Bridge Program Annual Meeting
This year’s meeting focused on the role of the Master’s degree in advancing underrepresented minority students toward PhDs.

2014 APS General Election Results
APS members have elected Laura Greene, University of Illinois at Urbana-Champaign, to the office of Vice President of the Society.

Physical Review Letters Publishes BICEP2 Paper
PRL has now published a paper reporting what the authors say might be evidence for the theory of cosmic inflation.

Preparing Physicists for Entrepreneurship
APS conference brings together physics educators to develop ways to add innovation and business training to their curricula.

Next Year’s Federal Science Budget Nears Approval
Congress is moving briskly towards authorizing funding for many of the United States’ science agencies.

2014 Kavli Prizes go to APS Members
Four APS members and an APS Prize winner were among the recipients of this year’s Kavli Prize.

U.S. Congress Wrestles over FIRST Act
Representatives mounted a concerted effort to stop the controversial bill that would alter the research funding process.

APS Elections Now Open
Voting for the APS General Election 2014 began on May 15 and is open until the end of June.

Andrew Sessler 1928-2014
Physicist, humanitarian and former APS President Andrew Sessler passed away on April 18 at the age of 85.

New Website for APS Journals Goes Live
APS has refreshed the web pages for the Physical Review family of journals with a more mobile-friendly interactive design.

APS to Review Statement on Climate Change
A subcommittee of the APS Panel on Public Affairs is reviewing the society's statement on climate change in accordance with policy.

One of Only Two Physicists in Congress to Retire
Rush Holt, a physicist who has represented New Jersey for eight terms, will retire from Congress in December.

New AAPT-ALPhA Undergraduate Award
AAPT recently established a new award to honor the work of students building an experiment for their advanced labs.

Recipients of the 2014 Beller Lectureship Announced
Three distinguished physicists from overseas will give invited presentations at the March and April meeting.

Physicist and Philanthropist Fred Kavli Dies at Age 86
Fred Kavli, physicist, entrepreneur, and scientific benefactor, died at home on November 21 at the age of 86.

Bouchet Endowment Complete
The endowment for APS’s Edward A. Bouchet Award has been set up after surpassing its fundraising goal. 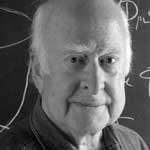