Change at the top for Argonne National Laboratory 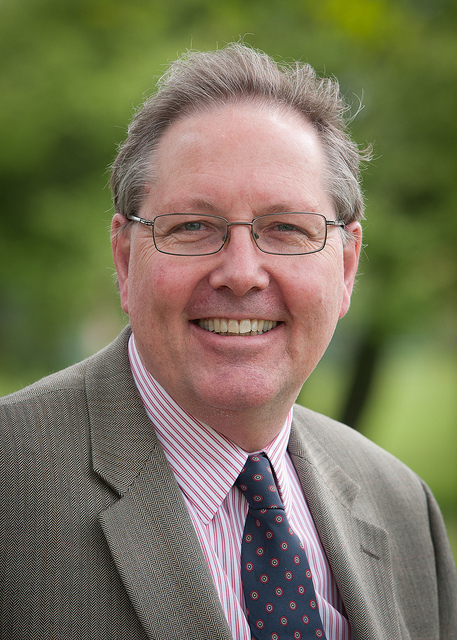 University of Chicago physicist Peter Littlewood was named the new head of the Department of Energy’s Argonne National Laboratory. He had been serving as the associate laboratory director for physical sciences and engineering since 2011. The current head, Eric Isaacs, will step down on March 31 to become provost of the University of Chicago. Littlewood is an APS Fellow and member of the editorial board for the APS journal Physical Review B.

"Peter is the right person to lead Argonne at this moment in the lab's history," Isaacs said in a statement. "He is a brilliant scientist who has a great gift for bringing talented people together and inspiring them to collaborate in powerful, productive new ways."

In 2013, as associate director, Littlewood helped establish Argonne as a partner in the Center for Hierarchical Materials Design consortium led by Northwestern University. The consortium develops computer-modeling tools to study the properties of advanced materials for the Obama administration's ongoing "Materials Genome Initiative."

Before coming to the lab, Littlewood served as both the head of the Cavendish Laboratory and the physics department at the University of Cambridge. He spent two years at Los Alamos in 2003 and 2004 while on sabbatical. Prior to that, he worked at Bell laboratories from 1980 to 1997.

"I am proud to follow in the footsteps of so many great scientists and leaders in this powerful laboratory," Littlewood said in a statement. "Argonne has changed the world by finding solutions to big challenges for both science and society, from the science of the nucleus to nuclear power, and from the structure of the universe to the structure of proteins."

Energy research is the lab's main focus, but it also sponsors initiatives in advanced computing, environmental science, national security, and x-ray sciences. Argonne is home to a number of user facilities as well, including the Advanced Photon Source synchrotron, the Center for Nanoscale Materials, the Electron Microscopy Center and the Mira supercomputer.