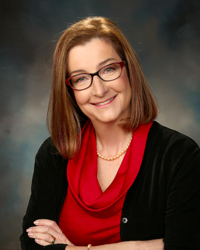 APS Vice President Laura Greene is the new chief scientist of the National High Magnetic Field Laboratory (MagLab), according to an announcement made by the organization this week. MagLab serves over 1,000 scientists each year with its seven user facilities located at Florida State University in Tallahassee, the University of Florida in Gainesville, and Los Alamos National Laboratory in New Mexico.

Greene, an experimental condensed matter physicist, has previously worked at Bell Labs and the University of Illinois at Urbana-Champaign. She earned her undergraduate degree from Ohio State University and her Ph.D. from Cornell University.