Daniel Kleppner of the Massachusetts Institute of Technology has been selected as recipient of the 2017 APS Medal for Exceptional Achievement in Research. The medal will be presented on January 25 at the APS Medal Ceremony in Washington D.C., preceding the APS April Meeting 2017.

The medal was established thanks to a donation from entrepreneur Jay Jones, and was first awarded in 2016. The previous winner and first recipient was theorist Edward Witten of the Institute for Advanced Study in Princeton.

As stated in the medal citation, Kleppner will receive the medal for his "… seminal research setting the direction for modern atomic, molecular, and optical physics, including precision measurements with hydrogen masers, the physics of Rydberg atoms and their quantum chaotic behavior in high fields, cavity quantum electrodynamics, and the production of quantum degenerate atomic gases."

Laura Greene, APS president-elect and chair of the 2017 APS Medal selection committee said in an announcement, "Dan’s career has spanned more than half a century, and in that time he’s made numerous groundbreaking advances that have provided the foundations for entire subfields in physics."

Kleppner is known for his invention with Norman F. Ramsey of the hydrogen maser, which was used in an early generation of atomic clocks. He also laid the groundwork for research with trapped cold atoms, leading to the successful demonstration of Bose-Einstein condensation in atomic hydrogen in 1998. Kleppner is an APS Fellow and currently serves on the APS Board of Directors.

He is also co-founder of the MIT-Harvard Center for Ultracold Atoms, and was involved in teaching activities in the MIT Physics Department — creating a mechanics course for gifted freshmen, which is now a permanent part of the MIT physics curriculum.

"I am delighted that Dan Kleppner is being recognized for his exceptional contributions to and leadership of forefront research in AMO Physics,” said APS CEO Kate Kirby. “Dan has played an important role in the education of many students and postdocs, and has selflessly served the physics community, including, most fortunately for us, the APS."

The APS Medal was established and endowed in 2014 by entrepreneur Jay Jones, founder and former president of Olympic Medical Corporation, with a $1 million gift — the largest single-donor gift to the Society. Accompanied by a $50,000 prize to each recipient, the award will continue to annually recognize achievement of researchers across all fields of physics for many years to come. 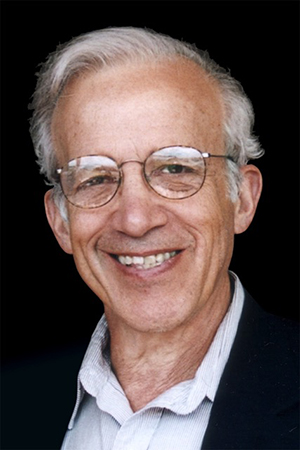