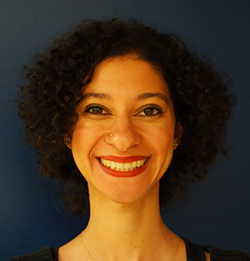 Chanda Prescod-Weinstein, MIT, was recently profiled in The Huffington Post.

Last month, The Huffington Post profiled APS member Chanda Prescod-Weinstein, a theoretical astrophysicist at the Massachusetts Institute of Technology. In 2010, Prescod-Weinstein became the 63rd black woman to attain a physics Ph.D. in the United States, when she completed her doctorate at the Perimeter Institute for Theoretical Physics and the University of Waterloo in Ontario, Canada.

According to a database of female African-Americans in physics, only 83 black women have received a Ph.D. in physics-related fields since 1972—making the cadre a tiny minority when compared to the number of physics Ph.D.s that U.S. universities award each& year—over 1,700 in 2013 alone.

"You know, whenever I think about these numbers—and I guess this makes me some white supremacist stereotype or whatever—I feel angry. I feel really, really angry," she told The Huffington Post. Discussions about women in astronomy, for example, tend to focus on white women, Prescod-Weinstein says, but the trends for underrepresented minority women are different.

Prescod-Weinstein is a vocal presence on Twitter, where she tweets about science and advocates for minorities.