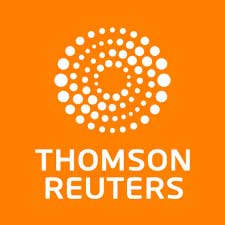 Nobel Prize fever is upon us, and speculation is running rampant — thanks in part to a set of predictions of possible 2015 laureates published yesterday. Every year, in advance of the Nobel selections in October, Thomson Reuters picks "Citation Laureates" through an analysis of highly cited papers, in an attempt to predict the year's Nobel winners. For each of four categories — chemistry, physics, economics, and physiology or medicine — Thomson Reuters selects three groups of potential winners. Since 2002, 37 of their chosen researchers have gone on to become Nobel laureates, although not always in the year they were originally projected to win. In physics, Thomson Reuters's three selections went to:

Thomson Reuters correctly predicted the physics Nobel in 2013, when it went to François Englert and Peter Higgs for their discovery of the Higgs Mechanism. But the company wasn't as lucky in 2014, when the prize went to Isamu Akasaki, Hiroshi Amano, and Shuji Nakamura for the invention of blue light-emitting diodes. That year's list didn't include any of the three, although Nakamura was a Citation laureate in 2002.

We will see how this year's predictions stack up to reality on Tuesday, October 6, when the Nobel Prize in physics is announced. Stay tuned!