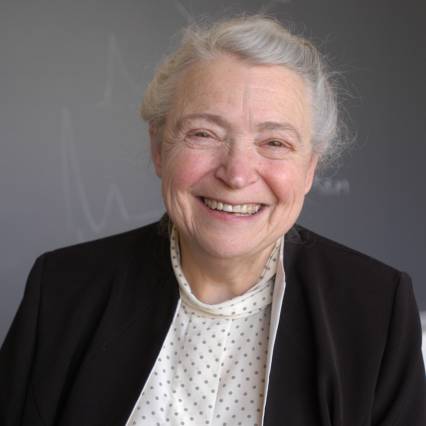 President Barack Obama selected 19 recipients for the Medal of Freedom this year, recognizing  "individuals who have made especially meritorious contributions to the security or national interests of the United States, to world peace, or to cultural or other significant public or private endeavors."

In a career spanning more than 50 years, Dresselhaus has become widely known for the advances she has made in understanding carbon, an element essential to both biological processes and modern technology. From the electronic structure of carbon to the characteristics of thermal conduction and superconductivity on nanometer scales, Dresselhaus laid the foundation for on-going research into graphene and nanotube materials.

"Nowadays, circuits are based on nanotubes and graphene combinations,'' she said in a 2012 interview with the National Science Foundation.  "I'm not going to tell you that they will replace silicon, but carbon electronics will have a role in electronics in the future, particularly in high frequency communications.  There is a big limit to what silicon can go up to, and in that regime, carbon will take over.''

Dresselhaus is an institute professor emerita of physics and electrical engineering at MIT, and currently serves as chair of the governing board of the American Institute of Physics. She served as APS president in 1984, and also filled various leadership roles for the American Association for the Advancement of Science, the National Academy of Sciences, and the Department of Energy.

In a news release the White House described Dresselhaus as "one of the most prominent physicists, materials scientists, and electrical engineers of her generation … best known for deepening our understanding of condensed matter systems and the atomic properties of carbon, which has contributed to major advances in electronics and materials research."

Mildred Dresselhaus will receive the award at a White House ceremony on November 24th.