Each year, the Institute of Physics (IOP) recognizes teams or individuals who have made extensive contributions to the physics community in the UK or Ireland. The awards are granted over a wide span of disciplines, including contributions made to physics education and outreach, and the applications of physics in other areas of science.

This year, two APS fellows were presented subject awards for their outstanding achievements: Raymond E. Goldstein, for his distinguished research in biological physics, and Sheila Rowan, for her pioneering improvements in gravitational physics.

The recipient of the 2016 Franklin Medal and prize, Raymond E. Goldstein of the University of Cambridge and Churchill College Cambridge, was recognized for his applications of fluid motion in biological cells. Observing the physical properties of swimming bacteria led Goldstein to study the physical aspects of multicellularity — how complex behaviors of cellular groups can be influenced by the movements of individual cells. Goldstein continues to explore how self-propelled organisms interact and influence large bacterial and algal suspensions, investigating the role of synchronized movements of eukaryotic flagella. Much of Goldstein’s research is published in Physical Review Letters.

The Franklin Medal and prize was established in 2008, honoring Rosalind Franklin — a crystallographer who forged new understanding of DNA structure. Recipients receive a prize of £1000 and a certificate.

The 2016 Hoyle medal and prize, awarded to Sheila Rowan of the University of Glasgow, was given in recognition of her exceptional advancements in precision laser interferometers and gravitational wave detection technologies. She is director of the University of Glasgow’s Institute for Gravitational Research, and her design features were incorporated into the Advanced LIGO gravitational wave detector — the observatory that successfully observed two black hole mergers this past year. Rowan now leads research focused on future gravitational-wave-detector technologies, including the applications of cryogenically cooled silicon to reduce thermal noise in mirror-suspension detectors, recently published in Physical Review D.

Also established in 2008, the Hoyle Medal and prize honors the work of Fred Hoyle — a British astronomer known for his theory of star structure and the identification of chemical elements in stars.

The IOP 2016 issued 16 awards based upon nomination. Although the awards are granted for advances in physics within the UK, the Isaac Newton Medal and prize is awarded to a nominee of any nationality. The Maxwell, Moseley, and Paterson medals are considered early-career rewards, given to individuals currently in the first 12 years of their career.

A complete list of the IOP Award 2016 winners, including their home institution and a summary of their achievements, is available at the IOP Awards webpage. 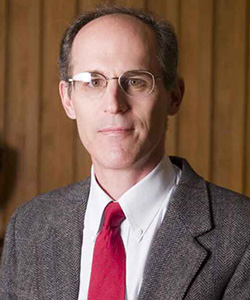 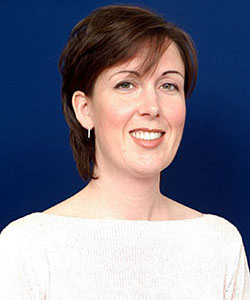