Physicist developed the theory behind a major class of superconductors

Nobel Laureate Alexei Abrikosov died on March 28 at his home in California at the age of 88. He received his Nobel prize in physics in 2003 for explaining the behavior of what are known as type-II superconductors. Abrikosov was a scientist at Argonne National Laboratory and a Fellow of the APS.

"I got to know Alexei very well in the early days of high-temperature superconductor (HTS) research. His theory of vortices in type-II superconductors, which includes HTS, was essential to our understanding of all practical superconductors," said 2017 APS President Laura Greene, chief scientist at the National Magnet Laboratory at Florida State University.

Type-I superconductors, such as lead and mercury, lose their bulk superconducting properties when exposed to strong enough magnetic fields. Type-II materials remain superconducting at higher fields owing to the formation of magnetic vortices that do not destroy the bulk effect. These materials are used in MRI machines and are in the superconducting magnets at particle accelerator labs.

"I remember many heated discussions with him about HTS theories, which were always enlightening, and at conferences he always included the students. Whenever I came to Argonne, he always had time for me and I can’t emphasize enough how inspiring our conversations were," said Greene. "We lost Lev Gor'kov only about three months ago and the book by the two of them plus Igor Dzyaloshinskii, Methods of Quantum Field Theory in Statistical Physics — fondly known as 'AGD' — is a classic." 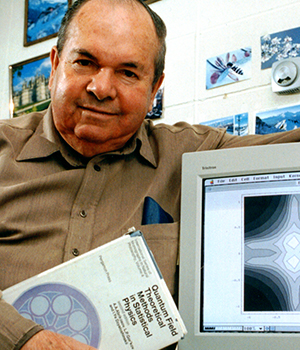