On January 25, APS member Michelle Simmons was named 2018 Australian of the Year by Prime Minister Malcolm Turnbull. Simmons is Director of the Australian Research Council Centre of Excellence for Quantum Computation and Communication Technology and Scientia Professor of Physics at the University of New South Wales (NSW) in Sydney. The award was announced on the eve of Australia Day, the country’s official national day.

She completed her Ph.D. in solar cell physics at the University of Durham in the UK in 1992. In 1999, Simmons came to Australia as a founding member of the Centre of Excellence for Quantum Computer Technology. Her work at the Centre involves fabrication of atomic-scale devices in silicon.

Simmons and her team developed the world's smallest transistor and the narrowest conducting wires made from silicon. In 2005 she was awarded the Pawsey Medal by the Australian Academy of Science and in 2006 was elected a Fellow of the Academy. In 2012 she was named the NSW Scientist of the Year, and in 2014 was elected to the American Academy of Arts and Sciences. Simmons has been a member of APS since 1997.

For more on the award visit the Australian of the Year Awards website. 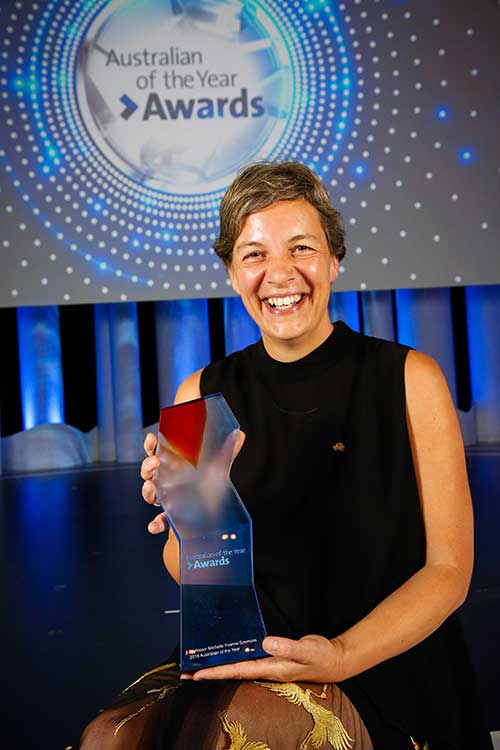