In recognition of their immense importance in unlocking the mystery of gravitational waves, the two LIGO lab locations were honored on June 20.

When black holes merge, they send tiny disturbances in space-time rippling out from the site of their collision. Most of the time, these ripples — known as gravitational waves — go undetected, but on September 14, 2015, the Laser Interferometer Gravitational-wave Observatory (LIGO) directly observed gravitational waves for the first time. 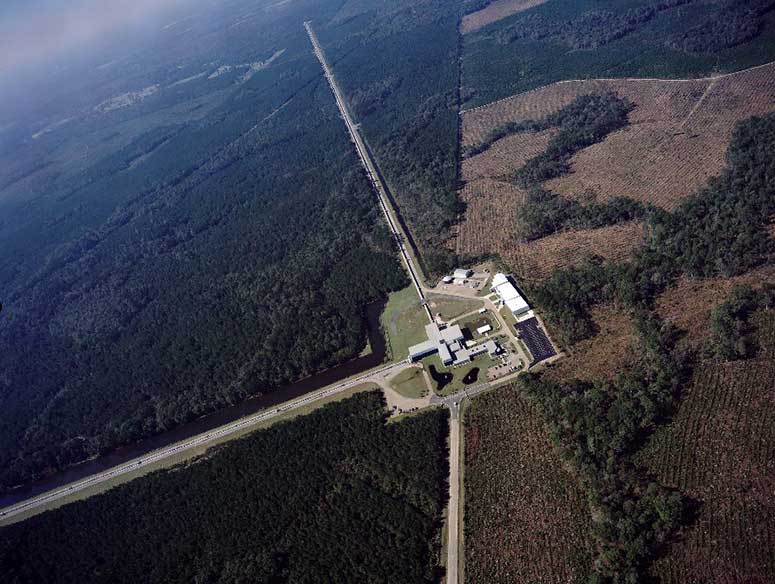 In honor of the efforts leading to LIGO’s detection of gravitational waves, the two laboratories comprising LIGO — one in Livingston, Louisiana, and the other in Hanford, Washington — were designated as APS Historic Sites. On June 20, APS President Roger Falcone presented the APS Historic Site plaque at a special ceremony at the LIGO Livingston Laboratory.

“It’s important to acknowledge the many years and extraordinary effort that have gone into LIGO,” said APS President Roger Falcone in a statement. “The APS Historic Site designation recognizes the dedication of thousands of people and their decades of struggle that have opened a new window on the universe, as much as it memorializes the first detection of gravitational waves.”

The APS Historic Sites initiative raises public awareness of physics by identifying the sites of important events in the history of physics. While most sites are designated several decades after important events, the LIGO facilities are being recognized less than three years after the direct observation of gravitational waves. 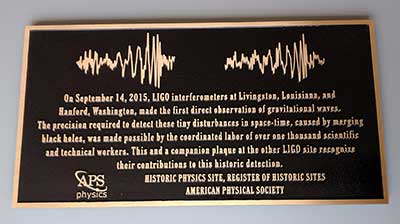