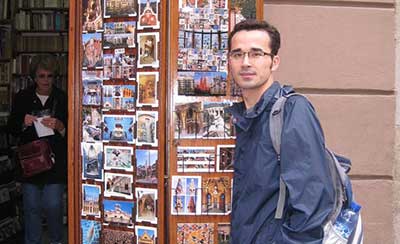 Omid Kokabee — an APS member and physics graduate student — has been given a medical furlough on bail while he recovers from surgery to remove a cancerous kidney. While the leave is temporary and would need to be renewed every two weeks, this is nonetheless good news to APS and the Society's Committee on International Freedom of Scientists (CIFS). APS has been advocating for Kokabee's release from prison since his arrest in 2011 and has been campaigning for him to receive appropriate medical care in light of the serious health problems he has developed since his imprisonment.

Kokabee is serving a ten-year sentence in Evin prison in Tehran. After a brief trial in May 2012 with no lawyer present, Kokabee was found guilty of collaborating with enemies of Iran, most likely in connection with his graduate studies at the University of Texas at Austin. Prior to and after his arrest, the Iranian government attempted to recruit him to work on the country's nuclear program. Kokabee has repeatedly refused to do so.