The Royal Swedish Academy of Sciences has announced this year’s winner of the Nobel Prize in Physics. Recipients of 2018 prize, awarded “for groundbreaking inventions in the field of laser physics,” are Arthur Ashkin (formerly at Bell Laboratories), Gérard Mourou (École Polytechnique, France, and the University of Michigan, Ann Arbor, United States) and Donna Strickland (University of Waterloo, Canada). Strickland is the third female physicist to receive this award, and the first to do so since 1963. 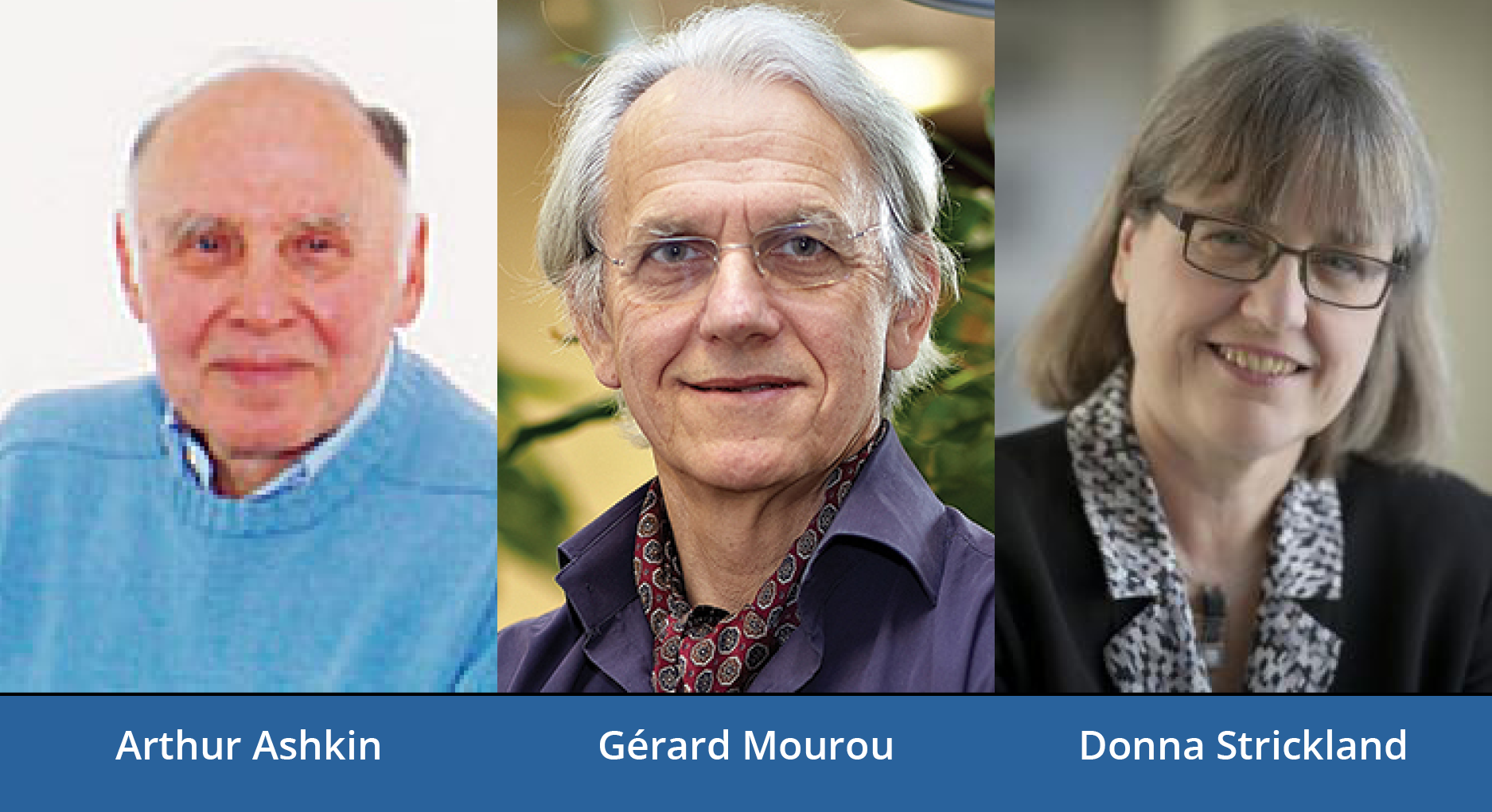 Half of the prize goes to Ashkin for a device called “optical tweezers” for grabbing and manipulating small objects and its application to biological systems. This work was first published in Physical Review Letters. The other half is jointly awarded to Mourou and Strickland for their method of generating high-intensity, ultra-short optical pulses. Both inventions represent major breakthroughs in the use of laser beams for practical purposes.

“There have been several Nobel Prizes associated with the development and application of lasers,” said 2018 APS President Roger Falcone, a laser physicist at the University of California, Berkeley. “This year it is wonderful to see recognition of Art Ashkin’s seminal work in using lasers to manipulate the motion of small particles, as well as Gérard Mourou’s and Donna Strickland’s impactful invention of a technique that enables the highest peak power lasers. The recognition of Strickland’s critical contributions as a graduate student is noteworthy and inspiring.”

Ashkin, an APS Fellow and recipient of the 2003 APS Joseph F. Keithley Award for Advances in Measurement Science, receives the Nobel prize for his work at Bell Laboratories from the 1960s to the 1980s. There, he invented optical tweezers that use laser light to trap microscopic objects such as particles, atoms, and viruses. Optical tweezers are now used to capture and study living bacteria.

Mourou and Strickland developed chirped pulse amplification (CPA), a method of generating high-intensity, ultra-short pulses, when they were both at the University of Rochester. The scheme allows creation of powerful laser pulses that would otherwise damage the optical materials in the amplifiers. CPA is now a universally used laser technology and has paved the way for higher-intensity, ultra-sharp laser beams now used in millions of corrective eye surgeries. Mourou was the winner of the 2018 APS Arthur L. Schawlow Prize in Laser Science.

The Nobel Prize, first awarded in 1901, is widely considered the highest honor in science, economics, and literature. The 2018 Nobel Laureates will be awarded medals at a ceremony in December, along with 9 million Swedish krona (just over $US 1 million), half of which goes to Ashkin, and the other half to Mourou and Strickland.