Voting in the 2017 APS General Election came to a close on July 31, and the results are in: Philip H. Bucksbaum of Stanford University has been elected Vice President, Larry Gladney of University of Pennsylvania becomes Chair-elect of the APS Nominating Committee, Ahmadou Wagué of Dakar Cheikh Anta Diop University in Senegal will be International Councilor, and Vivian F. Incera of the City University of New York/College of Staten Island will become General Councilor. Their terms begin January 1, 2018.

Phil Bucksbaum holds the Marguerite Blake Wilbur Chair in Natural Science at Stanford University, with appointments in Physics, Applied Physics, and in Photon Science at SLAC. His current research is in laser-interrogation of atoms and molecules to explore and image structure and dynamics on the femtosecond scale. Bucksbaum is a Fellow of APS and has been elected to the National Academy of Sciences and the American Academy of Arts and Sciences. Within APS he has been active in the Division of Atomic, Molecular, and Optical Science and the Division of Laser Science. He has served as a Laser Science Divisional Associate Editor for Physical Review Letters, he was a member of the Physical Review Letters Advisory Board, and he has served on the APS Executive Board. As Vice President in 2018 he joins the APS presidential line and will become President-Elect in 2019 and President in 2020.

Larry Gladney is the Associate Dean for Natural Sciences in the School of Arts and Sciences and Edmund J. and Louise W. Kahn Professor for Faculty Excellence in the Department of Physics and Astronomy at the University of Pennsylvania. His research interests are in astro-particle physics and cosmology and in experimental particle physics for which he received the APS Edward A. Bouchet Award in 1997. He currently serves on the Program Advisory Committee for the Advanced Laser Interferometer Gravitational-Wave Observatory. Gladney is also incoming chair of the APS Forum on Outreach and Engaging the Public. He will serve as 2018 Chair-elect of the APS Nominating Committee and then as Chair in 2019. The committee is responsible for putting forward candidates for positions in the elected leadership of APS.

Ahmadou Wagué is Professor of Physics at the Dakar Cheikh Anta Diop University, in Senegal West Africa, where he has been involved in teaching general physics, quantum mechanics, optics, atomic physics, and laser spectroscopy. Wagué is a member of the Senegalese National Academy of Science and Technology where he is in charge of the Committee on Science Education and Relation with Young Scholars. He was elected Vice President of the African Physical Society when it was launched in January 2010, and is currently a coordinator of the International Steering Committee of the new African Optics and Photonics Society. He organized a national campaign called "Light to the People" in bringing Solar Lamps into schools in many remote villages without electricity in Senegal. Wagué is a founding member of the African Laser Centre in Johannesburg where he works to develop laser facilities in South Africa, Senegal, Ghana, Cameroon, Kenya, Namibia, Tunisia, Algeria, Morocco, Ethiopia, Egypt, among others.

Vivian Incera is Professor of Physics and the Dean of Science and Technology at the City University of New York/College of Staten Island. She is a high-energy theorist although her research interests frequently cross the formal boundaries of other areas. Over her academic career, she has made important contributions to the understanding of the properties of strongly interacting matter under extreme conditions. As the new Dean of Science at the College of Staten Island, she has already spearheaded several initiatives to increase student success, foster faculty research, and promote the representation and success of women in the STEM fields. Incera has served on the APS Committee on Minorities and as the Elected Chair of the Texas Section of the APS. She was the Dr. C. Sharp Cook Chair in Physics at the University of Texas El Paso and received a national award for Leadership in College-level Promotion of Education. 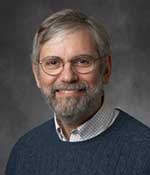 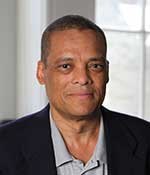 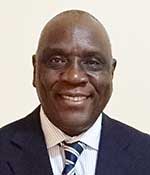 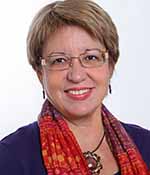