This year’s Nobel Prize for physics was awarded on October 4 with one half to David J. Thouless of the University of Washington, Seattle, and the other half to F. Duncan M. Haldane of Princeton University and J. Michael Kosterlitz of Brown University. Their theoretical work in the early 1970s and 1980s explained phenomenon in quantum states of matter, such as the quantum Hall effect and superfluid phase transitions, using the mathematical concepts of topology. Their work not only unlocked the explanation for transitions in these unusual phases of matter, but their success has now sparked an array of current research with topological materials, which could be used in future quantum computers or in new generations of electronics and superconductors. 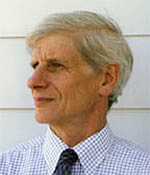 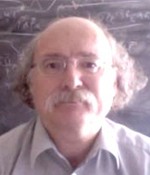 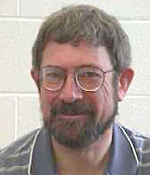 The committee’s official citation reads, “For theoretical discoveries of topological phase transitions and topological phases of matter.” The 8 million Swedish krona (equivalent to just over $930,000) will be split among the three winners, with half going to Thouless and the other half shared by Haldane and Kosterlitz.

The collaboration of Kosterlitz and Thouless in the 1970s sought to challenge the theory that ordered phases and phase transitions could not occur in thin layers. With topology as a tool, they demonstrated that superfluidity can exist in a thin layer as a result of a transition between topologically distinct phases of matter. Now recognized as a fundamental mechanism in condensed matter physics, topological phases are now known in many materials, ranging from 1D materials, like chains of atoms, to thin layers of matter (2D) and some 3D materials.

The applications of topology extended into Thouless’s and Haldane’s work in the 1980s where they employed these concepts to unravel the magnetic properties of low-dimensional materials. Haldane studied magnetic atomic chains, and discovered that topological properties of the chains revealed themselves at the edges. This allowed researchers to only study the ends of atomic chains to determine whether they are topological or not. Thouless and colleagues described theoretically what is now known as the quantum Hall effect — when the electrical conductance in thin layers changes in step values that are exactly integer multiples. These precise steps are related to the concepts in topology in which objects are categorized by integer values.

"These theoretical discoveries illustrate in a very nice way the interplay between physics and mathematics, [where] theoretical physics is at the crossroad," commented Thors Hans Hannson, member of the Nobel committee for physics in an interview to the press after the announcement. "The Quantum Hall Effect became the starting point for David Thouless’s [achievement], and he explained the experiments with these topological invariances. In Duncan Haldane’s case ... he predicted effects of experiments performed 25 years later."

Their predictions proved to have an unexpected impact; the majority of these laureates’ work went beyond considering a material’s symmetry properties, in a way that was unheard of at the time of their initial research.

“It started out as a toy model demonstration, and then I realized it was a very good model,” explained Haldane at the Nobel committee’s press conference. “We stumbled upon this, playing with the mathematics of the model … and like most discoveries, you stumble onto them. You don’t realize the full implication until other people start thinking it’s true and they realize the big picture.”

Almost half of physics Nobel prizes in the past decade were awarded for research in condensed matter physics, and the field itself is rapidly growing – in part due to the theories set forth by the three new laureates.

"The 2016 Nobel Prize in Physics this year honors three researchers who have cracked a crucial part of this problem, explaining electronic and magnetic highly correlated states in two dimensions," said APS President-Elect Laura Greene. "These solutions are clever and inspiring, and have laid the foundation to today’s exploding field of topological matter — as indicated by the growing number of papers in this area taking up an ever larger fraction of the condensed matter community."

Thouless, Haldane, and Kosterlitz are all members and fellows of APS. Thouless and Kosterlitz both received the 2000 Lars Onsager Prize for their work with topological phase transitions. Haldane was the recipient of the 1993 Oliver E. Buckley Condensed Matter Physics Prize, for his own contributions to low dimensional quantum systems.