Fred Kavli, physicist, entrepreneur, and scientific benefactor, died in his Santa Barbara home on Thursday, November 21 at the age of 86. 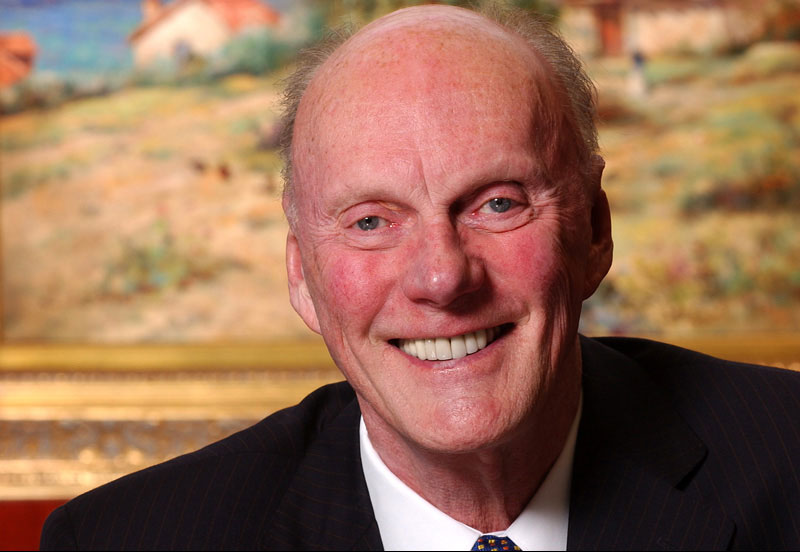 Kavli was the founder of the philanthropic Kavli Foundation. Based in Oxnard California, the foundation dedicates itself to advancing scientific research around the world, and promoting public awareness of the work of scientists. It has established research institutes at 17 campuses on three continents, and endowed numerous professorships, conferences, scientific prizes and awards. The Kavli sessions at the March and April Meetings of the APS were endowed by the foundation.

"This is a painful loss for the foundation and for all of science," said Rockell Hankin, vice chairman of the foundation. "We can only take comfort in his extraordinary legacy, which will continue advancing critically important research that benefits all of humanity, and supports scientific work around the globe."

Fred Kavli was born on a small farm in Eresfjord, Norway and attended the Norwegian Institute of Technology. After receiving his engineering degree in 1955 he moved to Canada for a year, before relocating to the United States.

Two years after arriving in California, he founded the Kavlico Corporation in Los Angeles, which would become a world leader in aeronautical, automotive, and industrial sensors. Kavlico sensors flew in both the SR-71 Blackbird and the Space Shuttle.

Kavli served as CEO and sole shareholder of the company until selling it in 2000 and establishing the Kavli Foundation with the proceeds. In 2008, the foundation started the Kavli Prizes for astrophysics, nanoscience, and neuroscience presented every two years. In addition to rewarding research, the foundation has also established awards for science journalism as part its mission to promote science communication.

Kavli is survived by his two children, and nine nieces and nephews.