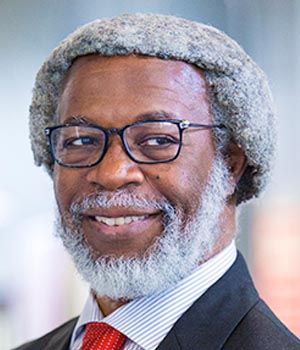 S. James Gates, Jr., APS President investigates the mathematics of supersymmetry in particle, field, and string theories. In 2013, he received a National Medal of Science and became the first African-American theoretical physicist elected to the National Academy of Sciences in its one-hundred and fifty-year history. During the period of 2009 - 2017, he was a member of the U.S. President's Council of Advisors on Science & Technology (PCAST) during the Obama administration.