April Meeting attendees gathered early on a Monday morning in Denver for this year’s Kavli Foundation Plenary session to hear about recent advances in neutrino physics. The session's three invited speakers provided an overview of the work being done to understand—and use—the elusive neutrino.

André de Gouvêa (Northwestern University) spoke about the theory behind neutrino masses, followed by Susanne Mertens (Max Planck Institute for Physics and the Technical University Munich) who shared the latest experimental research on the minute mass of neutrinos. Marcos Santander (University of Alabama), rounded out the session with his talk titled “Unveiling the High-Energy Neutrino Sky,” which focused on using neutrinos to pinpoint astrophysical sources of the cosmic ray flux.

As part of the Standard Model of physics, theorists expected neutrinos to have a mass of zero, a parameter that fits into the known rules of the model. However, twenty years ago, the discovery of neutrino oscillations—the variation in neutrino “flavors” as they travel, changing between tau, muon, and electron neutrinos—showed neutrinos indeed have mass, albeit very small. As de Gouvêa pointed out, this non-zero neutrino mass is evidence of physics beyond the Standard Model, since “neutrinos having masses requires new ingredients or new rules.” 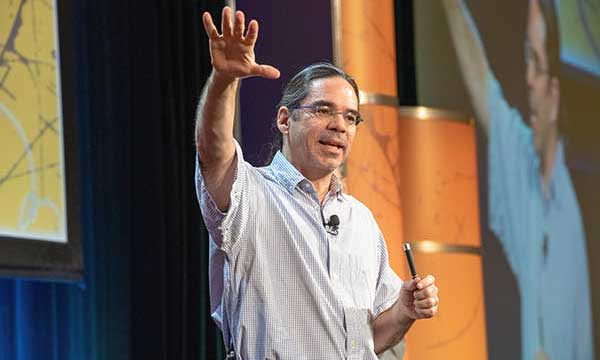 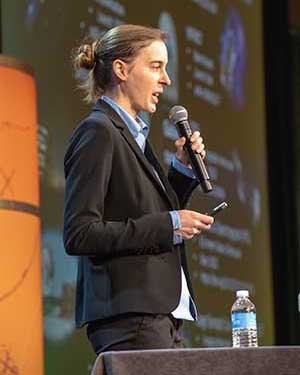 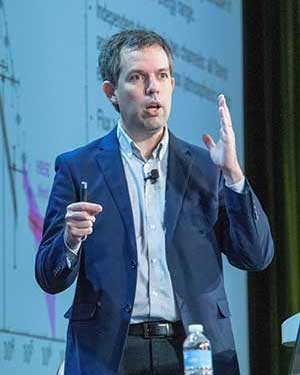 De Gouvêa proposed several possible ways the neutrino gets its tiny mass: Neutrinos interact with the Higgs Boson much more weakly than other particles; a different Higgs Boson exists that imparts mass just to neutrinos; or neutrinos get their mass from something else besides Higgs bosons. Which answer is correct partially depends on uncovering whether neutrinos are Dirac fermions, with distinct antiparticles like the rest of the fermions in the Standard Model, or Majorana fermions, meaning the particles are their own antiparticles. De Gouvêa cited the need for more data and more experiments to be able to further understand the properties of neutrinos.

Fortunately, experiments are currently ongoing, gathering data in hopes of solving the mystery of neutrino mass. Mertens described three methods of determining neutrino mass—cosmology, direct measurements, and neutrinoless double beta decay—and described the status of experiments in each of these areas. Cosmological probes of astrophysical phenomena, like the cosmic microwave background and formation of galaxies, have already helped to set some upper limits on neutrino mass, and future projects, like the EUCLID space telescope and the BiCEP Array, aim to directly measure neutrino mass. However, Mertens offered a caveat: A number of uncertainties may impact precision in cosmology, meaning lab experiments are still necessary.

One such lab-based method of inquiry is detection of neutrinoless double beta decay, in which two neutrons transform into protons inside a nucleus. Only electron emission occurs (in contrast to normal beta decay) because the neutrinos annihilate each other before they can be emitted. Detecting such decays would indicate that neutrinos are Majorana fermions, but since they only occur about once a year per ton of material, they require extremely large, low-background detectors, like GERDA at the Gran Sasso Laboratory in Italy. Studying the kinematics of single-beta-decay may provide a method of direct measurement of neutrino masses, and results are expected within the year from the KATRIN experiment that will provide an improved neutrino mass result.

Although neutrinos aren’t well understood themselves, they do have some known properties, like electric neutrality and very long mean free paths, that make them unique cosmic messengers for studying other cosmic phenomena, according to Santander. With large enough detectors, neutrinos can be used to help determine the source of cosmic rays, which have trajectories distorted by magnetic and electric fields and thus can’t be reliably traced to their origin.

To detect neutrinos visiting from the cosmos, telescopes have been constructed under water or ice, such as Baikal NT-200 located in Lake Baikal, Russia, and more recently IceCube, embedded in a cubic-kilometer of a South Pole glacier. Santander shared the ingredients for neutrino astrophysics: wide sky coverage, good angular resolution, good timing resolution, and sensitivity to the flavor of neutrinos. Using this recipe for success, IceCube successfully detected a high-energy blazar emission of neutrinos, pinpointing an astrophysical source of neutrinos and cosmic rays in September 2017. Larger, next-generation experiments, like IceCube 2, will improve sensitivity to continue using high-energy neutrinos to study the cosmos.

The April Kavli Session can be viewed on the APS YouTube channel.