Note: The following op-ed was first published in the Louisville Courier-Journal on April 5, 2019. It can be found online at the Courier Journal website.

After four years of studying physics and mathematics at the University of Kentucky (UK), I’m deeply worried that my dream of working in academia will fall by the wayside because of the uncertainty surrounding federal funding of U.S. science agencies.

Unless Congress acts, crucial science agencies—including the National Science Foundation, the Department of Energy’s Office of Science, and the National Institute of Standards and Technology—will suffer massive cuts in fiscal year 2020, which begins October 1. And those cuts would not only hinder my ability to achieve my dream, but also harm the ability of the state of Kentucky to engage in research that has helped our economy.

Fortunately, U.S. Sen. Mitch McConnell, majority leader and a member of the Senate Appropriations Committee, is in a position to help raise the federal budgetary caps that limit funding as mandated under the Budget Control Act. 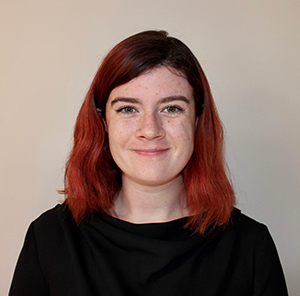 The appropriations process, which involves members of Congress making decisions about particular agencies and programs to fund, recently got underway. And I urge McConnell to work with his colleagues to raise the budgetary caps to ensure that students like me don’t leave the U.S. for opportunities in Europe and elsewhere, draining our homegrown talent.

Departing the U.S. has crossed my mind, but my heart’s desire is to conduct research in my country and help keep the nation positioned as a global technology leader.

I was first drawn to physics during my sophomore year after taking an astronomy class that threw open the door of knowledge for me about stars and planets. My excitement during the class was palpable, leading me to change my major from a pre-med biology track to a double major in physics and mathematics.

As president of UK’s Association of Women in Mathematics and Physics, I am also eager to see science students thrive in the field, especially women, who only represent 28 percent of all workers in STEM careers, according to a study by the National Science Foundation.

Additionally, I want to continue to push for a cultural change in STEM, encouraging more women and underrepresented minorities to consider research careers. STEM is an exciting career choice that pays huge dividends. The median salary for workers with a bachelor’s degree is $75,948, compared with $55,695 for non-STEM fields, according to a Pew Research Center study.

Other students share my love of science, but they, too, are concerned about their futures as the federal funding issue once again hangs in the balance. I urge McConnell to do the right thing by using his position to support robust and sustainable science budgets.

Why? Science is a sure bet. History has proved that investing in scientific research has benefited the nation in countless ways. From the MRI to the internet to Doppler radar, federally funded research has led to myriad innovations that have positively impacted the lives of Americans.

Since World War II, economists have determined that more than half of the nation’s economic growth can be traced to scientific discoveries, according to a report by the American Academy of Arts & Sciences.

Scientific research has also benefited the state of Kentucky. Hummingbird Nano Inc., a Nicholasville-based high-tech start-up company that began in 2012, traces its origins, in part, to support from a joint grant from the National Science Foundation and the Department of Education. The company, whose initial research took place at UK, manufactures components for industries that include telecommunications, biotechnology and aerospace.

I’m proud that UK has played an integral role in Hummingbird Nano’s success, and I’m confident that other companies will follow suit, if Congress makes a commitment to continue to support federally funded research in the long term.

The first step toward that goal: raising the budgetary caps imposed under the Budget Control Act. Doing so will give me and other students the confidence we need to pursue our science careers, keep our state’s economy strong, and ensure that the U.S. remains globally competitive in a world where other countries are ramping up their own research investments.

Dany Waller, president of the University of Kentucky’s Association of Women in Mathematics and Physics, is a senior.