By Christopher A. Watson

Note: At the APS March Meeting in Boston, the Committee for International Freedom of Scientists (CIFS) hosted a luncheon for students and early career physicists interested in human rights and related APS activities. The following is adapted from remarks delivered at the event.

It has been my perception, in the last few years in particular, that there is a thirst among student and early career physicists to become more involved, both within the scientific community and in society more broadly, and your attendance at this session testifies to that continued commitment. Consequently, I’d like to highlight the opportunities for young physicists in the area of human rights, and especially the APS Committee on International Freedom of Scientists (CIFS): what it does, why and how it does it, and what you all might do to help its mission along the way.

First of all, part of advocacy for science involves advocacy for scientists, and the work of CIFS demonstrates the commitment of APS to that role. Secondly, it lets those scientists who find themselves facing human rights issues know that they do not face them alone. We also feel that it is the responsibility of the Society to take a public position on issues that matter to the community it represents, and taking these actions makes a statement about those principles and values. Finally, and perhaps most importantly, the actions taken by APS and its peer societies and organizations collectively do make a meaningful difference in some cases, resulting in better treatment or even a resolution of the concern. 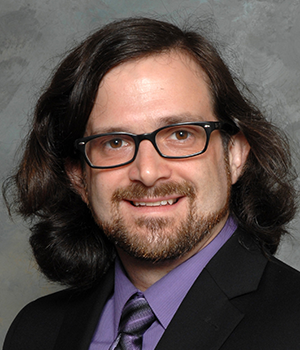 CIFS was made a permanent standing committee of the APS in 1980, and its charge is to “be responsible for monitoring concerns regarding human rights for scientists throughout the world. It apprises the President, Board, and Council of problems encountered by scientists in pursuit of their scientific interests or in effecting satisfactory communication with other scientists and may recommend to the President, the Board, and Council appropriate courses of action designed to alleviate such problems.”

Note that the committee’s role is advisory—strictly speaking, we are not the decision makers but rather exist to give advice and recommendations to the President, Board, and Council. Actions (or inactions) that we suggest are not just blindly rubber stamped and implemented but are taken up thoughtfully by APS, which sometimes has already determined a course of action, for example in concert with other professional organizations impacted by or related to the matter at hand.

The statement of purpose makes reference, notably, to “human rights for scientists” and to “problems encountered by scientists.” It does not say “physicists,” and as such, we find ourselves frequently considering issues that affect scientists in other disciplines, such as climate scientists, geologists, or political scientists.

I should clarify, however, that just because a human rights issue occurs, which happens to affect scientists incidentally, that doesn’t necessarily mean it falls within our scope or that APS should try to intervene. We try to focus, instead, on issues that substantively impact individuals’ abilities to freely pursue science and scientific research or to freely communicate the results of that work.

So, What Does CIFS Actually DO?

One example involves the fallout of the failed coup attempt in Turkey in July 2016. Following the suppression of that attempt, an estimated 500,000 individuals, including many academics, were detained on suspicion or accusation of connections to Fethullah Gülen, who has been accused of orchestrating the coup attempt, or of being involved in the attempt itself, and 86,000 individuals were subsequently arrested. More than 6,000 academics have been dismissed from their jobs, with many forbidden from leaving the country or continuing work at any academic institution.

CIFS has closely followed two cases in particular, those of NASA researcher Serkan Gölge and physicist Ali Basaran. Gölge, a Turkish-American, was detained in July 2016 while visiting family and was convicted in February 2018 on terrorism charges related to the coup. He was sentenced to seven and a half years in prison. Basaran was also arrested in July 2016 but was released without any formal charges being made or a trial. Nevertheless, he has been fired from his university position and banned from doing scientific work or leaving the country, despite having had several offers for research jobs in the US. The APS has co-signed a letter to Turkish President Erdogan with AAAS and six other U.S. scientific societies regarding this broader situation and has written separately about the Basaran case in particular to the President and to the rector of his former university, appealing that he be reinstated or allowed to travel to another country where he might continue his research.

Of course, sometimes it is U.S. officials to whom we must make appeals. One recent example of this concerns Ahmed Abdelbasit. Basit came to the United States in 2016 seeking asylum after being tried in absentia by an Egyptian military court and sentenced to death based on charges that he claims were made in political retaliation for his pro-democracy activism. Having left a career as a doctoral student and professor in Egypt, he took up a job as a high school physics teacher at a school in New Jersey. Then, in early April of 2018, he was detained by ICE authorities and threatened with deportation to Egypt, where he was certain to be executed. APS, along with many other organizations including Human Rights Watch, called for his release and for him to be given asylum, which was finally granted in late August.

CIFS also functions as the Sakharov Prize selection committee, a particularly rewarding aspect of the job. The prize is named for Andrei Sakharov, who made sacrifices to his personal scientific career for his work on human rights, and is awarded to recognize “outstanding leadership and/or achievements of scientists in upholding human rights.” It is currently awarded every other year, though we’re hoping to make it an annual prize in the near future. The deadline for nominations for the 2020 Prize is June 3, and the nomination process is pretty straightforward—you can find details on the APS website.

And, What Can Young Physicists Do NOW?

Communication is the single most important thing: tell your colleagues, your professors, and your students about CIFS so that we can have as broad a reach as possible in monitoring human rights issues. Share with them why you think this work is important, and make yourself available to friends and colleagues in impacted countries who may not be able to report issues directly themselves for fear of reprisal. And tell us when you become aware of a human rights violation that impacts scientists or science students so that we can determine an appropriate course of action. Apply to serve on CIFS or on similar bodies of peer organizations, like the AAAS Science and Human Rights Coalition. Submit nominations for the Sakharov Prize by June, and spread the word about it to colleagues and professors who might know someone who would be a candidate. And as your career develops, seek out opportunities to host academics seeking temporary refuge through organizations like Scholars at Risk or the IIE Scholar Rescue Fund.

Whether you continue your career in academia or in data science, in engineering or in industrial physics, I hope that you will seek out ways to contribute to APS’ mission broadly, and to the efforts of our Society and others like it to support and protect human rights in particular. Let’s work together to ensure that everyone can enjoy the benefits of scientific progress.