On May 20, 2019, the world will officially transition to a revamped system of units, featuring new definitions for the kelvin, the ampere, the mole, and, most famously, the kilogram. Although these changes, approved in November 2018, have received a lot of attention in the scientific press, less well-known is the organization that guided this overhaul of Le Systeme International d'Unités (SI): The International Bureau of Weights and Measures, or BIPM (Bureau International des Poids et Mesures).

BIPM, the world’s authority for all things measurement-related, has its origins in the 1875 Metre Convention in Paris, which aimed to maintain and standardize units of measure internationally. The primary issue in 1875 was establishing universal units of mass and length, which began with the construction of official kilogram and meter prototypes. 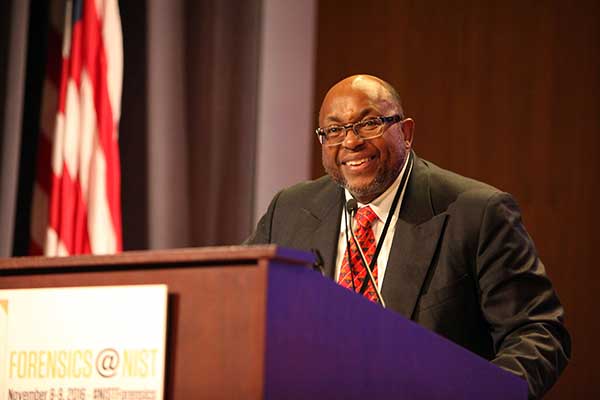 Willie E. May is the Outgoing U.S. Representative to BIPM.

Today the modern SI system includes a total of seven fundamental base units, including the second for unit of time, the ampere for electric current, the kelvin for thermodynamic temperature, the candela for luminous intensity, and the mole for amount of substance. These are in addition to the kilogram and the meter (plus several so-called “derived” units grounded in the base units, including coulombs, joules, volts, ohms, teslas, etc.). With 60 member states and 42 associate states and economies, BIPM promotes and advances the global comparability of measurements across essentially the entire industrialized world.

The activities of the BIPM are overseen by the International Committee for Weights and Measures, or CIPM (Comité International des Poids et Mesures). Effectively, CIPM operates as BIPM’s board of directors, and is comprised of 18 expert members, each from a different member state, to mirror the number of original signatories of the 1875 Metre Convention. Countries currently represented in CIPM include Argentina, Australia, Canada, China, France, Germany, Italy, Japan, Mexico, the Netherlands, Romania, Russia, Singapore, South Africa, South Korea, Switzerland, the United Kingdom, and the United States.

Chemist Willie E. May is the outgoing U.S. representative on CIPM, and Vice President of the committee. As is traditional for the CIPM member from the U.S., May also served as the Director of the U.S. National Institute of Standards and Technology (NIST) under President Obama after an impressive 45-year career with the institute. (James Olthoff, the NIST Associate Director for Laboratory Programs was elected to CIPM Membership in November 2018 and succeeded May as the U.S. representative on March 20.)

May says that the impending update to the SI system is much more sweeping than just the redefining of previously-arbitrary units: It represents a comprehensive shift from a “classical” to “quantum” SI system, that is “tying metrology to the fundamental physics, to quantum phenomena, to fundamental constants that we lock in place and link to equations.” In this new system the base units lose their special status (though they will still be called “base units” out of tradition) because virtually all units will be interlinked via one or more of the SI system’s seven foundational constants: the speed of light, Planck’s constant, elementary charge, the hyperfine transition frequency of cesium-133, Boltzmann’s constant, Avogadro’s constant, and the luminous intensity of monochromatic radiation of frequency 540 x 1012 hertz. Specifically, the kelvin will be defined in terms of Boltzmann’s constant, the ampere in terms of the elementary electric charge, the mole in terms of Avogadro’s constant, and the kilogram in terms of Planck’s constant.

Importantly, says May, a quantum SI system implies that base units can have experimental realizations, which is impossible in artifact-based metrology (that is, physical objects like standard weights). After all, artifact constants are anything but constant. To this end, the most famous artifact constant—Le Grand K, a cylinder made of platinum alloy under lock and key in Paris—was observed to be diverging in mass from other “daughter” prototype kilograms on the order of one part in 107. May recalled that this was one of the last straws leading BIPM to resolve to modernize the system.

Redefining units is not a new endeavor for BIPM. Most notably, BIPM has redefined the original arbitrary meter twice in its history: 1960 saw the redefinition of the meter in terms of the wavelength of the orange-red line of the krypton-86 atom, and it was redefined again in 1983 to its present quantum SI definition in terms of the speed of light.

On whether other aspects of SI are likely to be tweaked in the future, May noted that the new system that will soon take effect is intended “essentially for eternity, as far as we can comprehend,” adding, “they are constants, after all.” Of course, that’s not to say that all issues in the world of measurement science are solved with the updating of the SI system. May identified biological measurements and issues regarding reproducibility of data as the “next frontiers” of measurement.

Biology is a challenging domain for measurement scientists because, unlike chemistry and physics, where quantitative measurements reign supreme, biology is a “different universe.” There is an added (and perhaps even greater) emphasis on qualitative factors—properties of proteins, nucleic acids, and cells, how they interact with one another, and the emergent functional properties that arise from complex networks of these components. To parse these issues, BIPM’s working group on Biometrology formed new subdivisions in 2015 to determine frames of reference for the metrology of cells, nucleic acids, and proteins.

As for reproducibility, May alluded to the infamous replication crisis, pointing out that repeating and reproducing results is increasingly difficult in many areas of science—particularly medicine, biology, and the social sciences. This is not currently an active focus area for CIPM, but the organization may eventually want to weigh in since replication is such a fundamental aspect of measurement.

“Measurements affect all of us in some way,” noted May, reflecting on the importance of measurement science. “It sounds trivial, but measurements drive innovation and our quality of life worldwide. Our units define the processes we use every day, and somebody has to oversee that process.”