Striving for Realism, Not for Determinism: Historical Misconceptions on Einstein and Bohm

Editor’s note: This article is adapted from the winning entry in the APS Forum on the History of Physics. The full essay may be found at the FHP unit website.

The most familiar fact about Einstein and quantum mechanics is that he just didn’t like it. He refused to use the theory in its final form. And troubled by the fundamental indeterminism of quantum mechanics, he famously dismissed its worldview with the phrase “God does not play dice [1].

This quote represents the core of a misleading portrait of Einstein as being incapable of accepting quantum mechanics (QM), a theory that he largely contributed to developing, and that "Einstein had turned, in the eyes of many working physicists, from revolutionary to reactionary, and his later views were considered curious at best" [2]. 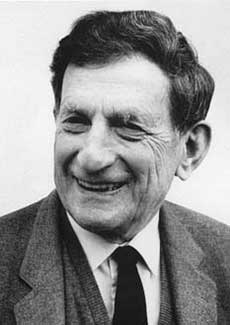 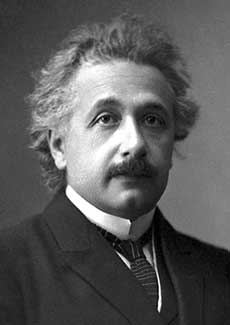 In recent years, however, the tide has turned in views of Einstein’s contribution to QM. In what follows, I aim to clarify misconceptions of Einstein’s ideas on determinism in relation to David Bohm who developed the first deterministic interpretation of quantum mechanics [3].

Kuhn [4] achieved a historiographical breakthrough in acknowledging Einstein to have been the real initiator of quantum physics (as opposed to Planck). In a famous paper in 1905, Einstein first proposed that light quanta (Lichtquanten) are physically real and he himself evaluated this contribution—the only case in his career—as “most revolutionary” [5].

The most drastic historiographical novelty is a reappraisal of Einstein’s late critiques of quantum theory, mostly due to Fine [6] and Howard [7, 8], who pointed out that Einstein actually did not write the famous EPR argument against the completeness of quantum theory [9]. Einstein confessed to Schrödinger that the paper “was written […] by Podolsky. […] It did not come out in the end so well” [7].

Classical physics gives deterministic predictions, and this invariably led many generations of physicists to believe that natural laws are deterministic relations [10]. However, a fixed cause-effect relation does not necessarily entail determinism (natural laws could be inherently probabilistic). Thus, while determinism implies causality, the inverse does not follow.

It was only with the onset of quantum physics that indeterminism became widely discussed. In 1900, in “an act of desperation,” Max Planck used the stratagem of dividing into discrete packages the energy that light can exchange with a black body. It was Einstein who took quanta out of the domain of solely optical phenomena into matter [11] and, most remarkably, Einstein himself introduced genuine randomness in emission processes of single quanta of light [12,1]. But then, what was Einstein’s uneasiness with quantum physics?

Since 1926, the main element of QM has been the wave-function (or quantum state), Ψ, a mathematical object that encompasses the “physics” of a system. The time evolution of this wave-function is described by the Schrödinger equation. Quantum formalism allows one to compute only the probabilities for different outcomes to occur in an experiment, and there is no way to predict which of them will turn up. QM gives, in general, only indeterministic predictions.

QM also challenges the concept of realism. While quantum objects show both an undulatory and a corpuscular nature, a specific choice of the experimental setting reveals either one or the other of these natures but never both. It thus seems that the choice of an observer actively influences the system under investigation, or as sometimes is put, the observer “realizes” reality upon measurement.

The current probabilistic interpretation of the Schrödinger equation was put forward by Max Born in 1926—for which he won the Nobel Prize—and, again, this was inspired by Einstein [13]. In his pivotal work, Born wrote:

This raises the whole problem of determinism. From the standpoint of our quantum mechanics, there is no quantity that could establish the effect of a collision causally in the individual cases; however, up to now, we have no clue regarding the fact that there are internal properties of the atom […]. I myself tend to abandon determinism in the atomic world [14].

These “internal properties” that could in principle deterministically complete QM are referred to as hidden variables. Stimulated by Born’s interpretation, Einstein himself devised a hidden variable model as early as 1927.

This model allowed one to determine, given the knowledge of certain hidden parameters, the actual trajectories followed by particles. In this paper, however, Einstein is reluctant to explicitly give a realistic interpretation to Ψ, because, as he noted before, a function living in a “many-dimensional coordinate space does not smell like something real” [8].

Einstein himself prevented his paper from appearing in print [15], and in the following years, he became increasingly critical towards any further attempt of synthesizing the quantum and wave conceptions. Even when American physicist David Bohm developed his celebrated deterministic hidden variables model [3] which reproduces all the predictions of QM, Einstein maintained that this was untenable. So, despite Bohm’s model having virtually achieved the goal of Einstein’s 1927 paper, the latter wrote to Born:

Have you noticed that Bohm believes…that he is able to interpret the quantum theory in deterministic terms? That way seems too cheap to me [16].

What we learn from Einstein’s involvement in the hidden variable program is that his main concern was definitely not determinism. His own early incomplete attempts, and Bohm’s consistent interpretation all retrieved determinism, however they were not enough for Einstein. The fact that they all relied on a wave-function living in a configuration space, made them despicable to Einstein, in so far as they clearly did “not smell like something real.” Sacrificing a tenable form of realism was a too high price to pay for Einstein, even if determinism was so restored.

Popper put forth the view that physics is based on realism, but it is fundamentally indeterministic. In 1950, he presented his ideas on indeterminism in front of Einstein and Bohr. In discussions, Popper tried “to persuade [Einstein] to give up his determinism” [17]. Yet, later he stated:

The attribution to Einstein of the formula ‘God does not play with dice’ is a mistake. Admittedly, he was a strict determinist when I first visited him in 1950 […]. But he gave this up […]. Einstein was, in his last years, a realist, not a determinist [18].

Even Pauli maintained: Einstein does not consider the concept of 'determinism' to be as fundamental as it is frequently held to be (as he told me emphatically many times) […] Einstein's point of departure is 'realistic' rather than 'deterministic'[…] [19].

Given Popper’s aversion towards determinism, he also did not champion Bohm’s interpretation. In the book that collects his mature views on foundations of QM, Popper indeed stated:

In spite of Bohm's realist and objectivist programme, his theory is unsatisfactory […]. It is […] bound, like all other deterministic theories, to interpret probabilities subjectively […] [20].

In an unpublished letter, however, Bohm firmly replies to Popper that, like Einstein, his main concern was realism and that determinism was used merely instrumentally:

I certainly think that a realistic interpretation of physics is essential. […]. However, I feel that you have not properly understood my own point of view, which is much less different from yours than is implied in your book. Firstly I am not wedded to determinism. It is true that I first used a determinist version of […] quantum theory. But later, […] a paper was written, in which we assumed that the movement of the particle was a stochastic process. Clearly that is not determinism. […] The key question at issue is therefore not that of determinism vs. indeterminism. I personally do not feel addicted to determinism, but I am ready to consider deterministic proposals, […] if they offer some useful insights [21].

In conclusion, contrarily to the standard story, neither Bohm nor Einstein were staunchly committed to determinism and they would have accepted fundamental indeterminism in exchange for realism.

The author is at Institute for Quantum Optics and Quantum Information, Austrian Academy of Science, Vienna and the Basic Research Community for Physics (BRCP).

[1] Stone, D. A. (2013). Einstein and the Quantum: The Quest of the Valiant Swabian. Princeton University Press: Princeton.

[6] Fine, A. (1986). The Shaky Game: Einstein, Realism and the Quantum Theory. Chicago: University of Chicago Press.

[20] Popper, K. R. (1982). Edited by William Bartley, III, Vol. III of the Postscript to the Logic of Scientific Discovery: Quantum Theory and the Schism in Physics. London: Hutchinson; Totowa: Rowman and Littlefield.