This award recognizes recent outstanding contributions in quantum information science, especially using quantum effects to perform computational and information-management tasks that would be impossible or infeasible by purely classical means. The award is given annually and will consist of $5,000 and a certificate citing the contributions of the recipient, plus an allowance for travel to an APS meeting to receive the award and deliver an invited lecture.

The award, established in 2015 by the APS Division on Quantum Information (formally known as the APS Topical Group on Quantum Information), and partially endowed by the International Business Machines Corporation, honors Landauer’s and Bennett’s pioneering work for foundational discoveries between information and physics.

Rolf Landauer made many contributions to the understanding of the relationship between thermodynamics and information, the most well‐known being Landauer's principle that states the minimal energy required to erase a bit is kT ln(2). Landauer was a fellow of the APS and a winner of the Oliver Buckley Condensed Matter Physics Prize.

Charles Bennett is one of the founders of the field of quantum information and computation. Bennett is a fellow of the APS and his citation reads "for inventing reversible computation, for his analysis of Maxwell's demon, and for co‐inventing quantum cryptography and quantum teleportation." Quantum teleportation is a key primitive in quantum computation and plays a significant role in current methods for quantum error correction and universal quantum computation. Bennett’s work helped establish quantum information science as a coherent discipline, one that illuminates other areas of physics and has important practical applications.

This award recognizes outstanding quantum computing research over the past 10 years performed by a scientist within 12 years post-PhD. The research recognized could either be a single piece of work, or the sum of contributions. The focus is on exceptional work that advances the theoretical understanding and technological state of the art of quantum information processing. Should the nominee already have an APS award or prize then the Award must be based on clearly described and entirely different (or at the very least substantial further) work than that recognized in the earlier award or prize.

Nominations will be considered for three review cycles provided the nominator re-certifies the nomination before the next deadline. Self-nominations are not permitted. 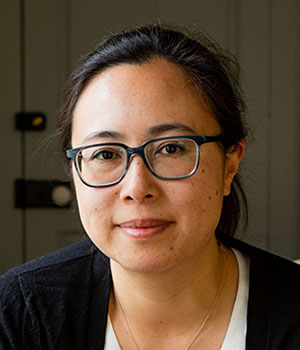