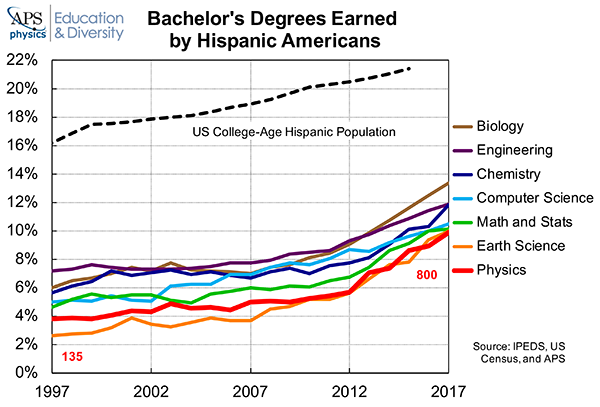 This graph is freely available for your use. You may use our graphs in reports and presentations, or you may use the raw data to create new graphs and charts. Credit APS, IPEDS, and the U.S. Census Bureau as shown above.