How Sound Waves Could Power a Greener Air-Conditioner 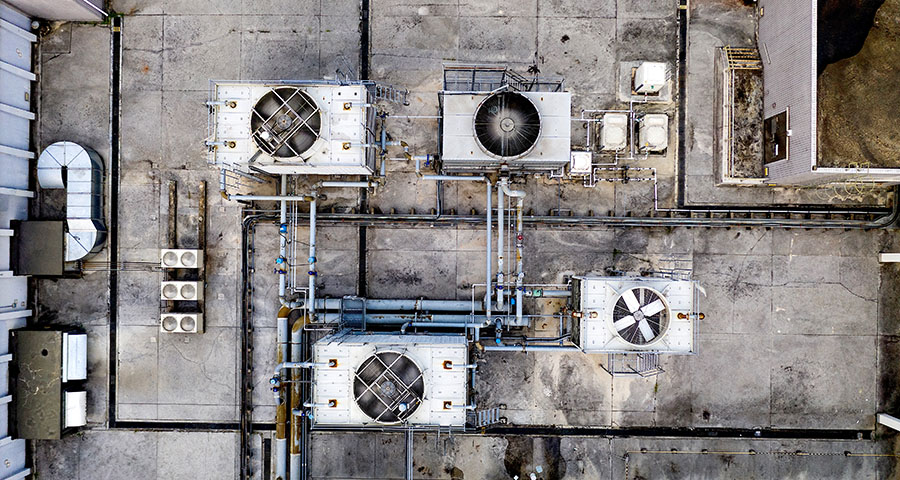 As global populations grow and the climate warms, humanity will need increasingly effective ways to cool itself off — on an enormous scale. Experts predict that, globally, the number of cooling systems, like air conditioners, could double or even quadruple by 2050.

Today, 3 billion refrigerators and heat pumps are in service, and air conditioners and electric fans consume 20 percent of electricity in buildings. As more of these technologies are used, waste heat, power consumption, and greenhouse gas emissions will grow, too.

For a world trying to rein in global warming, this is bad news.

Blanc’s co-authors are Guy Z. Ramon, his advisor at Technion, and Ramon’s former postdoc, Rui Yang — the first author on their recent study, published in Energy Conversion and Management. Now, Yang is developing a related research program at the Technical Institute of Physics and Chemistry in Beijing.

Despite new interest in thermoacoustic cooling, the technology itself was pioneered in the 1980s. Greg Swift, a now-retired research scientist, started his career at Los Alamos National Laboratory as a postdoc working on alternative energy. At one point, his mentor left town on a trip — and came back with an idea. “We started out with simple experimental tests of the most basic thermoacoustic math,” he says, and the field was born.

How does thermoacoustic cooling work? First, an inert gas is sealed inside a tube that’s lined with heat-exchanging materials. Then a sound wave is fired into the tube. In low-pressure areas of the wave, the gas expands and absorbs heat; in high-pressure areas, the gas is compressed and expels the heat. Controlling the sound wave controls where heat is absorbed and released.

Although a wave only moves each bit of gas a short distance, the cumulative effect amounts to a “bucket brigade,” creating a reliable heat-pumping system with few or no moving mechanical parts, Blanc said at the DFD meeting. This reduces the chance that the system breaks and lengthens its lifetime.

In fact, the technology is so reliable that a variation of it was recently launched into space aboard NASA’s James Webb Space Telescope, to cool its mid-infrared light spectrograph instrument. “You would only send a technology to space, where no one is there to fix it, that you can count on,” says Blanc.

Despite the historical contributions that scientists in the U.S. made to the field, if you search the phrase “thermoacoustic cooling” on Google Scholar, you’ll find few recent contributions from U.S. researchers.

“Our flagship attempt to do something practical [with the technology] was a combustion-powered cryogenic liquefier of natural gas,” says Swift. “We worked out the physics, made great progress on the engineering — and then the flagship sank.” Why? The team’s liquefier would not have been as efficient as a traditional one, according to their estimates.

By the mid-2000s, Swift’s work with thermoacoustics had ended, and most American innovation with the technology shuttered soon after, he says.

Although the phase-change fluid restricts the system’s temperature range, their prototype is still twice as powerful as traditional thermoacoustic cooling when pumping heat between temperature differences of 10°F, according to the team’s most recent data. Calculations suggest that full-scale models could be more powerful, and might even outperform conventional air-conditioning technologies.

“I’m definitely intrigued,” says Swift. “Getting most of the heat to happen with phase change instead of adiabatic pressure changes in an inert gas might be a game-changer.”

That’s exactly what Blanc, Ramon, and Yang are hoping for. The efficiency boost “provides an opportunity for thermoacoustic cooling to compete with classical technologies,” says Yang.

Today, the team’s heat pump prototype is powered by grid electricity, but Blanc says the next step is to design the pump so that its power comes entirely from heat — either solar or waste heat.

The trio has a lot of work to do, but they’re optimistic. “I hope our research can make the large-scale application of thermoacoustic cooling into reality,” says Yang.