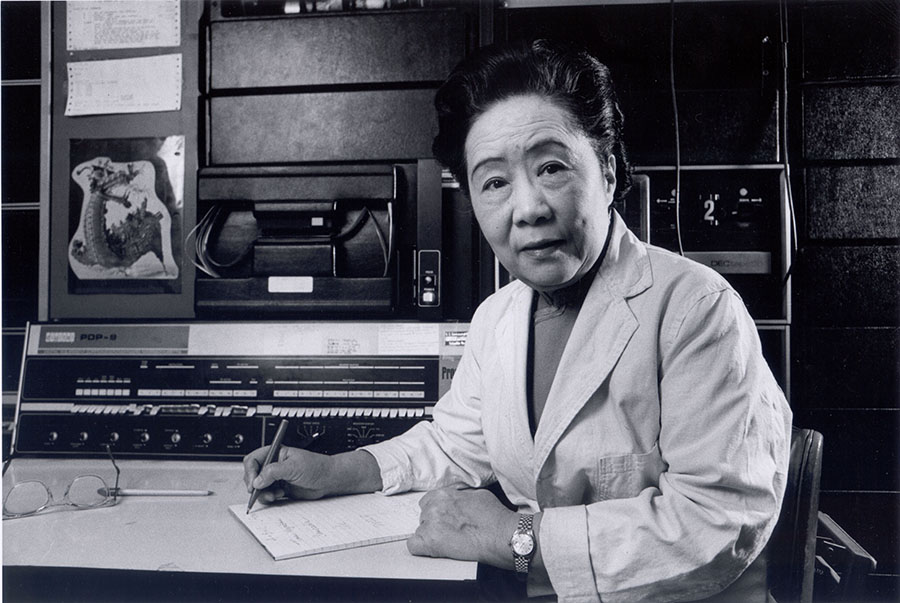 Chien-Shiung Wu (1912-1997) is widely regarded as one of the most influential scientists of the 20th century, having disproved what was, until the late 1950s, considered a fundamental law of physics – the conservation of parity in weak interactions. Wu’s meticulous experiments verified the theory that earned her male colleagues the 1957 Nobel Prize in Physics.

On Sept. 24, APS and the Chinese Physical Society commemorated the 110th anniversary of her birth at an event organized by Nanjing University Alumni Association of the United States. Among the speakers at the C.S. Wu Global Online Symposium were 2021 APS President Sylvester James “Jim” Gates, Jr. (watch his remarks here, beginning at 33:40) and APS Vice President Young-Kee Kim (watch her remarks here, beginning at 4:13).

“[Madame Wu] made many contributions to our society which remain critical today,” says Kim. “Her election and achievements as [the first female] president of APS helped to ensure that all physicists, independent of race, nationality, and gender are welcome in our community.” Kim noted that during Wu’s presidential year in 1975, she met with U.S. President Gerald Ford and urged him to establish the Office of Science and Technology Policy.

While Wu is revered today, as her granddaughter Jada Yuan wrote in The Washington Post last year, “she had walked unnoticed between her laboratory at Columbia University and the nearby rent-stabilized faculty apartment she shared with my grandfather, who was a particle physicist, and my father, who would become a nuclear physicist.”

“Yet despite her small stature, she was a true giant in physics and was an intellectual powerhouse,” says Kim. “Her scientific pursuits challenged the status quo.”

David Barnstone is APS Head of Integrated Marketing Communications for Research and Publications.