After losing her aunt to cancer, Dr. Hadiyah-Nicole Green dedicated her career to physics-based therapies. 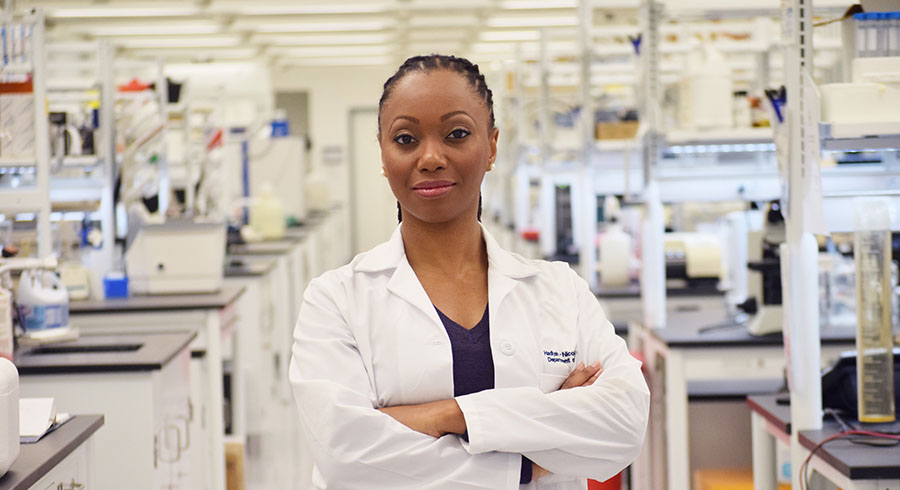 When Hadiyah-Nicole Green crossed the stage at her college graduation, she felt sure about what would come next. She’d start a career in optics—a good option for someone with a bachelor’s degree in physics—and that would be that.

Life, though, had other plans. The day after she graduated from Alabama A&M University, she learned that her aunt, Ora Lee Smith, had cancer. Smith and her husband had raised Green since she was four years old, after the death of Green’s mother and then grandparents.

Her aunt “said she’d rather die than experience the side effects of chemo or radiation,” says Green, now a medical physicist and founder and CEO of the Ora Lee Smith Cancer Research Foundation.

Her aunt deteriorated quickly, and Green became her primary caregiver. In the last few months of Smith’s life, Green says, “I saw her go from being the matriarch of our family, the glue that held us all together, to someone who couldn’t walk, bathe herself, eat or talk anymore. That was very disturbing at the deepest levels of my being.”

Smith died after three months. In an almost unimaginably cruel twist, Green’s uncle—Smith’s husband—was diagnosed with cancer soon after. Green’s uncle survived with chemotherapy, but the process took a traumatic toll: He lost 150 pounds and was left with disfigured skin and chronic diarrhea.

During her uncle’s treatment in 2003, Green experienced what she refers to as a “divine download”—an electrifying idea inspired by her college internships at NASA’s Marshall Space Flight Center and the Institute of Optics. “If a satellite in outer space can tell if a dime on the ground is face up or face down, and if a cell phone can target just one cell phone on the other side of the planet,” she recalls thinking, “surely we should be able to harness the technology of lasers to treat cancer just at the site of the tumor, so we won’t have all of these side effects.”

In the nearly two decades that followed, Dr. Green rerouted her career, earned a physics PhD from the University of Alabama at Birmingham—the second Black woman to do so—and dove into cancer treatment research, with physics as her guide. In 2009, she developed a treatment that uses nanoparticles and lasers in tandem: Specially designed nanoparticles are injected into a solid tumor, and, when the tumor is hit with near infrared light, the nanoparticles heat up, killing the cancer cells. In a preliminary animal study published in 2014, Green tested the treatment on mice, whose tumors were eliminated with no observable side effects.

2016 was a big year for Green: She received a $1.1 million grant from the US Department of Veteran Affairs (VA) for her research, and, in April, joined the Morehouse School of Medicine as an assistant professor. Also that year, she founded the Ora Lee Smith Cancer Research Foundation, named after her aunt, to raise funds for clinical trials, which could cost more than $100 million.

This year, Green says, she was awarded a $1.2 million VA grant to launch a pilot study on her treatment with 10 veterans, research that’s set to begin in October at the Atlanta VA Medical Center. “It’s a small project, but it’s a huge step for my research and the technology and my career,” she says. “This is 20 years in the making. I get emotional thinking about it.”

For Green, cancer research and physics go hand in hand. “My initial approach to physics is, what is the application? How can it help people?” she says. “The work I’m doing now gives me a hopeful and purposeful outlet for applied physics, but it hasn’t changed the way I look at physics fundamentally.”

Physics has shaped her outlook, too. “It has made me very solution-oriented in everything I do,” she says. “It gives me a greater sense of confidence.” She attributes part of this to her doctorate advisor, Dr. Sergey Mirov. Under his guidance, “I had to slow down, pick [the material] apart, understand everything, and be patient with myself and with the process,” she says. “The practice of getting something wrong—the iterations and revisions and noodling through ‘what steps did I miss’ and going back to the drawing board—is part of the process.” 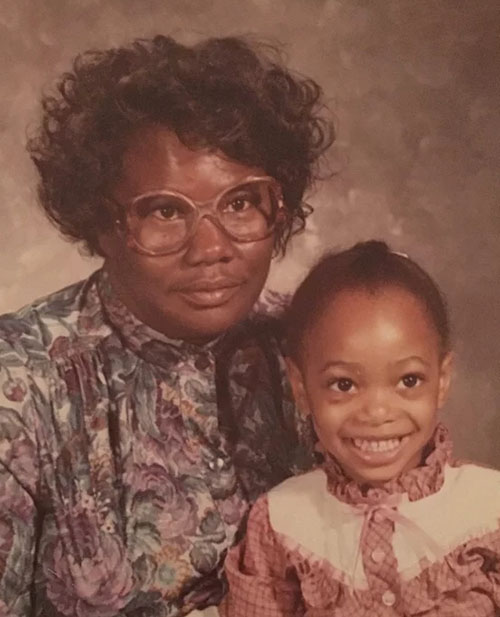 “That life lesson has helped me so much with building my team and nonprofit,” she adds.

Her effort and impact have not gone unnoticed: Green has been named one of the 100 Most Influential African Americans in the US by Ebony and The Root magazines, and in 2020, she was named one of the Top 10 Women of the Century for Alabama, in a USA Today list that included Coretta Scott King and Rosa Parks.

Now, Green is focused on moving her research from mice to humans—an uphill battle, as fundraising for large-scale clinical trials is fiercely competitive, especially for early-stage research. The most recent VA grant is a start.

For her, the stakes are high. “There is a segment of the community who feel like they are forgotten when it comes to cancer—the people who chemotherapy and radiation don’t save,” she says. “This gets to me.” So the work must go on.

Alaina G. Levine is a professional speaker, writer, and STEM career coach, and the author of the book Networking for Nerds (Wiley, 2015).