October 1956: Lee and Yang Crack the Mirror of Parity

Until the pair’s explosive paper, physicists assumed that particles would act the same when mirrored. 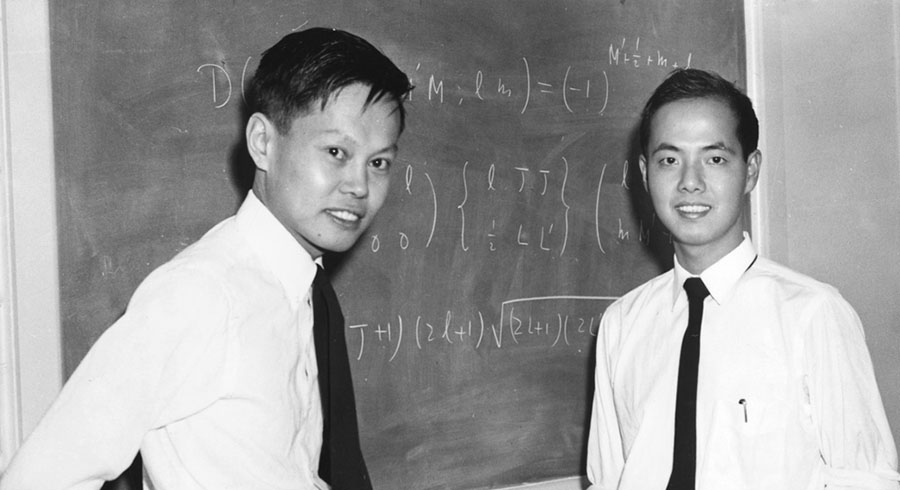 On a hazy January day in Zurich 65 years ago, Wolfgang Pauli was composing a letter in untidy scrawl to his colleague Victor Weisskopf. He was dubious about a recent proposal, from Tsung-Dao Lee and Chen-Ning Yang a few months earlier, that parity—the basic symmetry between left and right in physical laws—might be violated. Pauli captured his skepticism in an immortal quip: “Ich glaube aber nicht, daß der Herrgott ein schwacher Linkshänder ist.” (I do not believe that the Lord is a weak left-hander.)

He wasn’t alone. At the time, physicists believed all the known fundamental forces—electromagnetism, gravity, the strong force, and the weak force—obeyed parity symmetry. Why shouldn’t the universe look the same in the mirror?

Lee and Yang’s “Question of Parity Conservation in Weak Interactions,” published October 1, 1956, took the physics community by storm. Their ideas provoked a frenzy of debate and experimentation, which just a year later landed the pair two Nobel medals.

At the time, physicists were plagued by a problem known as the “theta-tau puzzle.” Two particles—now called kaons—appeared to have the same masses and lifetimes, but, somehow, different decays: thetas into two pions, taus into three pions.

Hypotheses proliferated. Some physicists proposed that the particles weren’t identical after all—that tau was a smidge heavier than theta—or that high spin numbers might explain the strange decay. Ironically, Lee and Yang pitched an idea: Tau and theta might point to a new symmetry (ironic, given that their later, Nobel-earning paper argued for a violation of symmetry). Experiments quickly proved all these models wrong.

At a conference in April 1956, Yang discussed the theta-tau puzzle, prompting a debate. At one point, Richard Feynman asked a question of Martin Block’s: “Could it be … that parity is not conserved … does nature have a way of defining right or left-handedness uniquely?” Yang replied that he and Lee had investigated the question but not reached a conclusion.

After the conference, Lee had a breakthrough while speaking with Jack Steinberger, which he recalled during a 2001 talk: “If parity is not conserved in strange particle decays, there could be an asymmetry between events… This is the missing key!” The conversation led Steinberger and his colleagues to search for parity violation in hyperon decay, but with too little data—just 48 detected particles—their results were inconclusive.

Meanwhile, Lee and Yang began to pore over existing data. “At that time, everyone believed correctly—at least as far as we know now—that parity was conserved in the strong and electromagnetic interactions,” says Allan Franklin, a physics historian at the University of Colorado, Boulder. Had anyone actually confirmed parity in weak interactions? The answer, Lee and Yang realized, was no. (In fact, experiments in the 1930s had already revealed parity violation, but everyone missed it, says Franklin.)

Many physicists were, like Pauli, dubious of parity violation. “Why should nature distinguish between left and right?” Franklin says. Feynman bet against it $50-to-$1, and Felix Bloch told his Stanford colleagues he’d bet his hat. “He later remarked to TD Lee, with whom I also spoke, that he was lucky he didn’t own a hat,” Franklin says.

Doubts aside, experimentalists seized on Lee and Yang’s idea. With advance notice in May 1956, Wu, their colleague at Columbia, dropped all her plans and designed an experiment using decaying cobalt-60. By December, she had enough data to demonstrate parity violation.

When fellow Columbia physicists Leon Lederman and Richard Garwin heard news of Wu’s achievement, they realized they could reconfigure a muon beam to corroborate her result. Late on a Friday night, Lederman, Garwin, and a graduate student named Marcel Weinrich jerry-rigged an experiment using a coffee can, wooden cutting board, and Scotch tape.

“By six o'clock in the morning, we were able to call people and tell them that the laws of parity violate mirror symmetry,” Lederman later recalled. The universe, by a margin of roughly 1 in 10,000, really did prefer left to right.

Both results were published February 15, 1957, in Physical Review. Despite Wu’s leading role and 26 Nobel nominations, she never received the prize, to the outrage of colleagues like Pauli. Her first recognition for parity violation came over a decade later, with the 1978 Wolf Prize.

The discovery of parity violation set the stage for the discovery of charge-parity (CP) violation, and, arguably, other symmetry-breaking phenomena that led to the foundation of the Standard Model. “The fact that parity itself was violated was just a huge change in the way we think,” Franklin says. For physicists who had treated nature’s symmetries with reverence, it felt like a shocking betrayal. 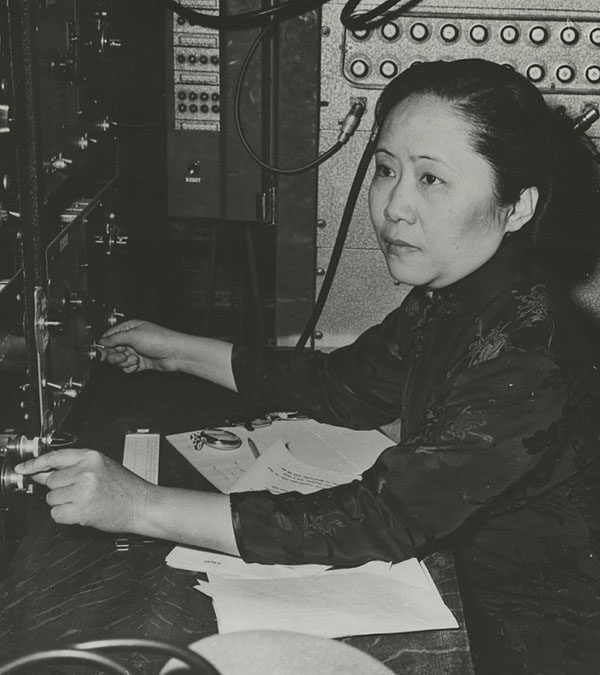 In a landmark experiment, Chien-Shiung Wu showed that physics sometimes violated parity, proving Lee and Yang’s theory. Despite her instrumental role, Wu never received the Nobel Prize for her work—though Lee and Yang did.

As Yang said in his Nobel acceptance speech: “This prospect did not appeal to us. Rather we were, so to speak, driven to it through frustration.”