US Revs Up Clean-Energy Campaign with Historic Climate Law 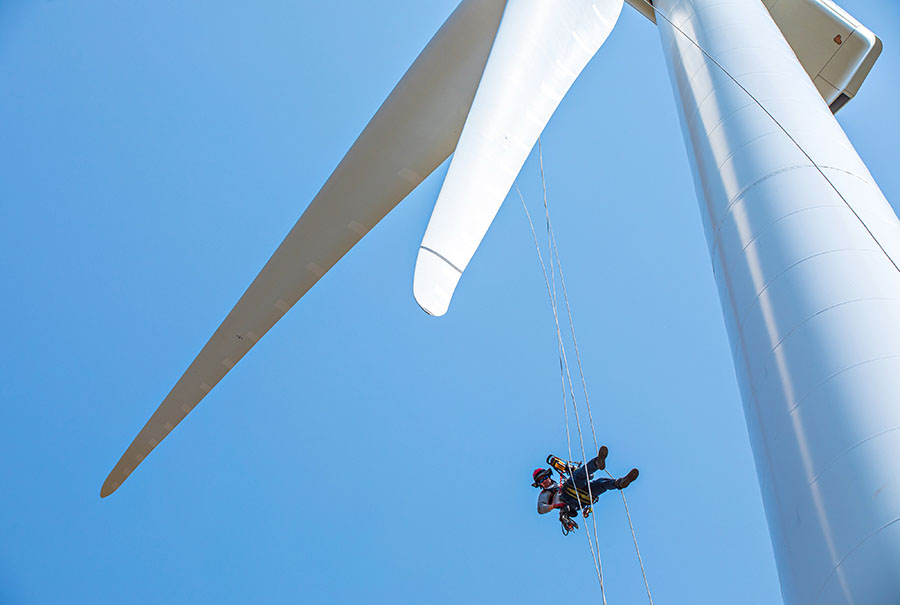 A technician checks a wind turbine at the National Renewable Energy Laboratory, a research facility in Colorado supported by the Department of Energy. The Inflation Reduction Act will pour billions into DOE programs to expand clean-energy infrastructure.

On August 16, President Biden signed into law the most ambitious set of initiatives to mitigate climate change the US has ever undertaken. The measures will cost $370 billion and mainly consist of tax incentives and grant programs aimed at decarbonizing the economy and bolstering resilience to climate-related hazards.

The law emerged from Democrats’ efforts over the past year to use a process called budget reconciliation to advance large portions of their agenda. Unlike most bills, reconciliation legislation requires only a simple majority in the Senate to pass—in this case, the votes of all 50 Democrats, plus the Vice President’s tie-breaking vote. But for much of the year, holdouts among the Democrats threatened to derail the party’s plans.

Then, on August 8, Senate Majority Leader Chuck Schumer (D-NY) unexpectedly announced an agreement on a bill called the Inflation Reduction Act (IRA), which bundled the climate measures with tax and healthcare provisions. The bill moved quickly, with every Democrat in the House and Senate voting in favor and every Republican against.

The Act will significantly expand the Department of Energy’s role in accelerating the deployment of clean energy technologies, building on the $62 billion that it’s receiving through last year’s bipartisan Infrastructure Investment and Jobs Act.

To manage the influx of funds from last year’s law, the DOE has launched major initiatives: It created an Office of Clean Energy Demonstrations, set to be overseen by former energy company executive David Crane, a noted clean-energy advocate. It’s also hiring about 1,000 new employees to staff what it’s calling a Clean Energy Corps.

Of the money from last year’s infrastructure law, around $25 billion will support a new portfolio of commercial-scale technology demonstration projects in areas such as clean hydrogen, carbon capture and storage, electric grid reliability, energy storage, and industrial decarbonization. The IRA will add to this almost $6 billion specifically for reducing industrial emissions.

The DOE has also revived its loan program. In June, it guaranteed a half-billion-dollar loan, its first in nearly a decade, and in July announced plans to directly loan $2.5 billion to establish General Motors’ domestic supply chain of electric vehicle batteries. The IRA will allow the department to go much further by authorizing it to guarantee up to $250 billion in loans for energy infrastructure projects over the next five years.

Additionally, the IRA includes $2 billion for science infrastructure projects at DOE national labs—funding that, although not directly climate-related, managed to remain in the bill during negotiations. The DOE has discretion over which projects receive funding, but potential recipients include the LBNF/DUNE neutrino project, the Electron-Ion Collider, the ITER fusion facility, and the Second Target Station at the Spallation Neutron Source.

William Thomas is a Senior Science Policy Analyst at the American Institute of Physics.