Should We Build Quantum Computers at All? 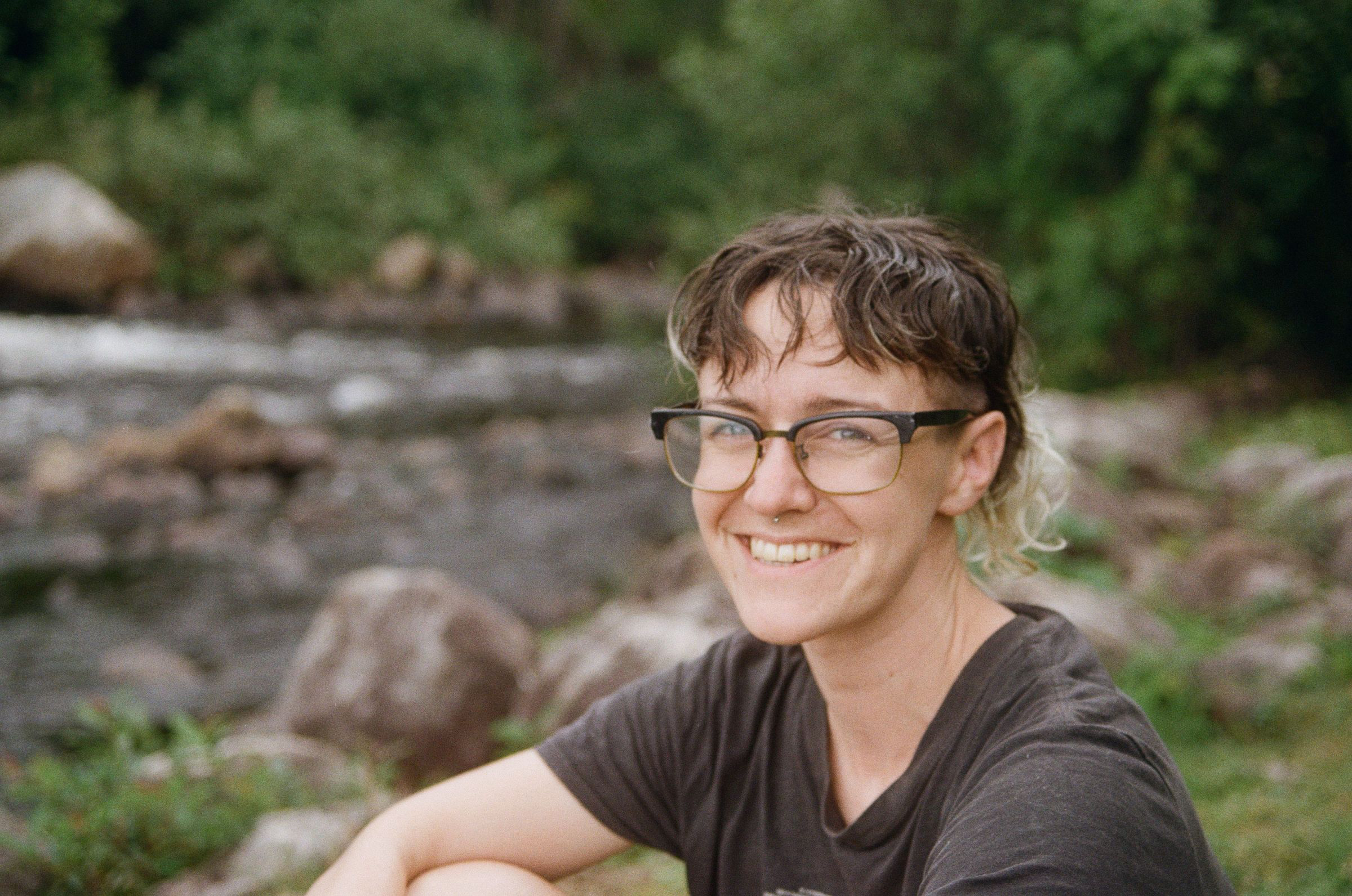 Emma McKay offers a provocative counterpoint. In the face of climate change, societal inequality, and other global problems, McKay, a PhD student in education at McGill University, thinks that perhaps we don’t need to develop quantum computing at all. “I haven’t seen any reasons compelling enough to me,” McKay, who uses they/them pronouns, told APS News.

McKay writes about ethical questions regarding how people practice science and develop technology. Instead of building technology first and figuring out its applications later, McKay suggests turning the process on its head: to consider the problems first and develop technology in response. McKay’s opinions draw from undergraduate and master’s degrees in physics from the University of Waterloo in Canada, as well as a master’s degree in science and technology studies from York University. McKay spoke to APS News about how working in quantum research shaped their views on the role of technology in society.

This interview has been edited for length and clarity.

SC: Like you, I came of age in the 2000s and 2010s, which were full of simple narratives about technological progress being beneficial to society, without complication. What were your thoughts about technology growing up?

EM: I was more interested in science than technology. I was fascinated by gravity, black holes, and particle physics. I was interested in technology in the sense that I wanted a nice camera, but I was always suspicious of it because of its role in climate change, which was already an evident problem.

When I went into physics, I was adamant that I would do science that was not useful. For my master’s in physics, I did research on quantum thermodynamics, which I hoped would be very abstract. But it ended up being related to putting qubits on a chip. I realized there was no such thing as pure science, disconnected from society.

How did you figure that out?

During my master’s at the Institute of Quantum Computing, a group there was awarded funding from Canada’s national defense agency to develop a single photon source. The group had been working on these devices for a long time, but the agency specifically wanted to fund them to develop quantum radar [an emerging technology for remote sensing]. When government officials announced this grant, they talked about using quantum radar for improved surveillance and sensing to defend the North, the portion of the Arctic that Canada claims.

That felt particularly disgusting to me. In the past, the government of Canada staked claims on this territory by forcibly relocating Inuit people living there.

That, along with all the venture capitalist endeavors on campus, demonstrated to me that I was, in fact, caught up in a lot of technology.

Speaking of defense, you've written about the military’s involvement in quantum computing, in an analysis of the Air Force’s participation at a major industry conference. Why does that matter for a quantum researcher who isn't directly working with the military?

It’s important because I think quantum researchers should consider seriously the ways that their research might be used for warfare. The US military is interested in many technologies, and even if someone is not receiving funding directly from them at present, the military could very well find it useful in the future.

You’ve written that the main question of the ethics of emerging technology is, “Should we build it or not?” Do you think we should build quantum computing?

I think probably not. One of the main applications, according to speakers at Q2B [a leading quantum industry conference], is for optimizing financial market trades, which is to say, using quantum computers to make the rich richer. The US military is also really interested in quantum sensing and communications technologies.

Maybe quantum annealers [a type of quantum computer] will be able to help us manage resources more efficiently. But it appears that people are most interested in using these types of technology to optimize things that suck, like optimizing traffic for single-person vehicles when widely available public transit, via buses and cycling infrastructure, is possible and the best way to reduce congestion and pollution from private vehicles in a city.

It’s like, here’s this technology that could be useful, but people talk about using it in ways that will not benefit society very much.

After you studied physics, you began studying ethics applied to physics. You’ve written about a concept called “disorigining,” where people lose sight of the connection of their technology to the land. Can you explain this idea, and how it applies to quantum computing?

It’s a way to think about our world as physicists and as wealthy consumers of technologies. You can also think of it in terms of a piece of ore from a mine. The ore is disorigined in multiple ways: it’s removed from the land, and it’s processed in such a way that you can't tell what kind of rock it came from. It can no longer participate in the long process of turning into soil and contributing to the pH of the local groundwater. Then it's sold in such a way that it's very difficult to trace back to the place of origin.

This isn’t to say that we should abandon mining at all costs. There are definitely things worth making a hole in the ground for. But I don't know where dozens of things in my computer came from, and this hides the cost of the computer to a local social ecosystem. It’s crucial to talk about these costs during the scientific and technological process, if we’re going to make a new type of computer.

That's intriguing. I would be interested to read more about not just the energy usage, but also a comparison between what it takes to make the supercomputer versus a quantum computer. How does it balance out in the end?

“Quantum computers will allow scientists to probe fundamental science inaccessible to classical computers, which could allow the design of new molecules for medical advances.”

To me, protein and materials simulation is the most compelling application of quantum computing. It could lead to advances in medicine, and I’m reluctant to criticize technology that can do that. But in terms of the number of people affected, the major problems with medicine are not drugs. It’s more that people don’t have enough access to medical care. The COVID vaccine isn’t even available worldwide.

I recognize to some degree that I’m comparing apples to oranges. But I don't think that we should fool ourselves that we will make some incredibly dramatic impact on global health through quantum computing. What we really need is a political global order that is able to share medical resources.

Your opinions are thought-provoking, but they’re also idealistic and hard to imagine in practical terms. Why not think more pragmatically?

I think about this all the time. If I tried to water down my ideas, I would be very unhappy with myself. It’s what I think, and it’s important to be honest.

I also think that a better world is possible, and I never want to let go of that.