US Moves to Curb Science Ties with Russia Over Ukraine Invasion 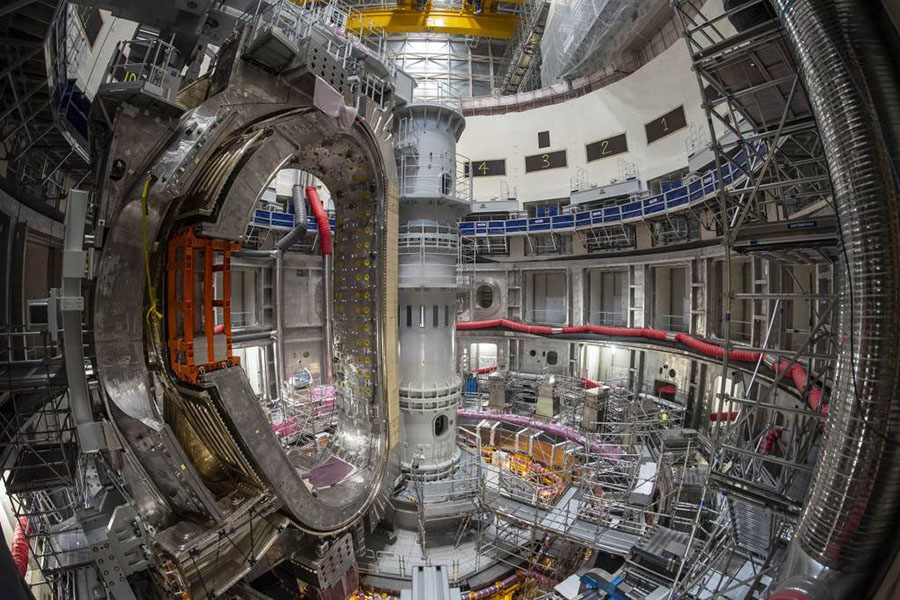 The ITER magnetic fusion device, under construction in France, photographed in June 2022. The White House seeks to cut ties with Russian science, but for some international projects, it lacks authority: Russia is one of ITER’s founding members.

The White House announced on June 11 that the US will “wind down” research collaborations with Russia in response to its invasion of Ukraine. The policy applies to federally funded projects involving research institutions and individuals affiliated with the Russian government, although it permits non-government organizations in the US to decide for themselves whether to cut ties.

Though the White House was quick to implement sweeping economic sanctions and export controls on Russia in the wake of the invasion on February 24, it had, up until the June announcement, been silent on sanctioning the scientific community. By contrast, many European countries moved quickly to restrict science collaborations.

The White House policy arrived just before a summit of science ministers from the G7 countries—US, UK, France, Germany, Italy, Japan, and Canada. The ministers declared their commitment to restricting research collaborations involving the Russian government, while leaving the door open for individual scientists.

“In the spirit of science diplomacy, we will continue the dialogue between civil societies, including exchanges with Russian scientists and students to the furthest extent possible, especially through the promotion of individual academic and student mobility,” they wrote in a statement.

The White House policy generally prohibits new federally funded partnerships, but it allows those begun before the start of the invasion to be completed. Partnerships required by binding international agreements will also continue.

For some projects, the US has no choice but to continue partnership. The ITER fusion facility, under construction in France, is an example; Russia is a founding member of ITER. “There is no provision for expulsion of a member state from the ITER project,” a White House spokesperson said.

The Department of Energy has not yet commented on whether Russian scientists will be permitted to participate in projects involving its user facilities, such as its X-ray and neutron sources, which are generally open to scientists from around the world. According to DOE, 220 scientists from Russian institutions used DOE facilities in the fiscal year before the pandemic.

In Europe, CERN—the world’s largest particle physics facility—has said it will prevent scientists affiliated with Russian institutions from working at the facility, though the decision will not take effect until December 2024. Russia is not a CERN member state but is among the countries that uses the facility most, with more than 1,000 Russian scientists currently involved in the lab’s experimental program.

That CERN did not immediately expel these scientists reflects the tension between the push to isolate Russia and the legacy of the lab, which remained a venue for dialogue with Soviet scientists throughout the Cold War. Moreover, many Russian scientists criticized the invasion, including a group at CERN.

In its announcement, the White House noted that, since the Russian government criminalized dissent, it has become harder for Russian scientists to speak out against the war, and it pledged support to scientists who seek to leave Russia. President Biden also requested that Congress create a fast-track visa for Russian citizens with advanced degrees in STEM fields, but Congress omitted the proposal from final legislation on the Ukraine war, for unclear reasons.

Mitch Ambrose is Director of FYI. Published by the American Institute of Physics since 1989, FYI is a trusted source of science policy news. Sign up for free FYI emails at aip.org/fyi.