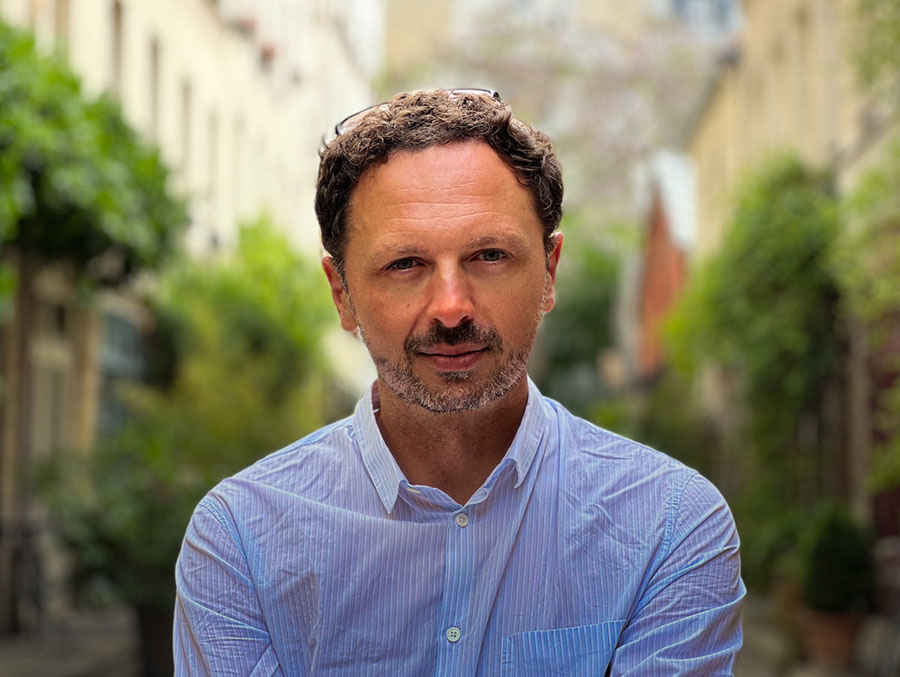 In May, Denis Bartolo, Professor of Physics at ENS de Lyon in France, was named the Lead Editor of Physical Review X (PRX). Established in 2011, PRX is an open-access, multidisciplinary journal that publishes breakthrough or paradigm-shifting research.

In June, APS News Editor Taryn MacKinney spoke with Dr. Bartolo about his background, research, and experience with PRX. This interview has been edited for brevity and clarity.

What first got you into physics?

My father was an engineer, and he used to work at a company that supplied equipment to research institutes, like CERN. I would hear him talking about science over dinner, so when I was a very young kid, I was interested in physics.

Until I became a young adult. During my 20s, my passion was clubbing. (laughs) But clubbing in Paris is expensive. If I wanted to keep on clubbing that much, I would need to make a lot of money. I was contemplating working in consulting or finance.

But you’re not working in finance or consulting, of course. What changed?

I got an internship in New Jersey, researching polymers for additives for shampoos and the products you use to clean toilets. Not super sexy. I convinced my supervisor to let me do an experiment with a specific instrument at Lehigh University. He sent me there for three days. I was taking long shifts—sometimes 12 hours.

During the nights, I was bored as hell, because I had to wait for the instrument to make measurements. And in those hours, I discovered something really great: the internet. I spent entire nights browsing the home pages of physicists. I realized that clubbing was cool, but physics was my passion.

What are your research interests right now?

The first is soft condensed matter physics, and within that, synthetic active matter. We’re making and studying materials whose building blocks are self-propelled units. We’re basically trying to make fluids and solids out of motorized robots. What are the collective dynamics of these microscopic flocks of robots? What are the types of new materials they form?

Let’s talk about Physical Review X. How did you learn about the journal?

A colleague of mine told me he was submitting his research to a journal called PRX. I didn’t know what it was at the time. He told me it was an open journal that was relatively new.

But PRX quickly became part of my routine around bibliographic research. In my daily routine, I would come to the lab, and I would usually drink a cup of decaf coffee—

Yes, that’s terrible. Just write “coffee”—I could lose my citizenship. (laughs) I would get my big mug of decaf, and then I would browse a bunch of journals. I would usually spend about 30 minutes seeing what’s new in the journals. And very rapidly, I started checking PRX.

What stood out to you about PRX?

What the managing editors have done is remarkable. In 10 years, they brought this journal to an extremely high level in terms of scientific quality—the quality of research is so consistent. And they created a very clear editorial line: Papers that are published in this journal need to make a difference. Not a splash, but a difference. Significant advances in the field. Whether the advance is sexy, and can be summarized in an easy elevator pitch, doesn’t matter. What matters is the quality of the science and its impact on the community.

I liked that clear editorial line, and I liked that the format was less restrictive. As soon as I was able to publish research in the caliber of this journal, PRX became one of my primary choices.

Usually, high-impact journals have strong format restrictions. You have to really summarize an idea. But not all ideas can fit in four or five pages or 2,000 words, especially if you want to combine theory, experiments, and numerical simulations.

What’s great about PRX is that you can summarize the core idea of your research in the paper, and then you can publish longer appendices that are also formally reviewed. You have the room you need to give the details. With PRX, you have core ideas and technical details, both written at the same level of quality.

APS and PRX are not running a business; we’re providing a service to the community. We want to deliver the same service to all physicists, from all fields, regardless of their origin, religion, gender, ethnicity. This is a basic requirement for integrity.

And we also want to be a journal where we listen to authors and referees—where we have a dialogue. We only publish a couple hundred papers a year, and because of that small number, we can interact directly with authors and reviewers. We can offer counsel, we can correct our mistakes, and we can make sure we’re making the right decisions for the benefit of the community. I think that’s a unique edge that PRX has.

Let’s say I’m a physicist who would love to publish my research findings in PRX, but I’ve never submitted to PRX before, and I’m uncertain. What advice would you give me?

First of all, if you’re nervous, stop drinking coffee and switch to decaf. (laughs)

If you have a doubt, contact us. If you don’t know whether you should, for example, write two papers or one, or combine your theories and experiments to make a stronger case, just contact the editors. They’re incredibly committed, talented people. I’m so impressed with their breadth of scientific knowledge. They handle hundreds of papers every year; they probably know more physics than anyone else. So if you have doubts, ask for advice.

Taryn MacKinney is the Editor of APS News.