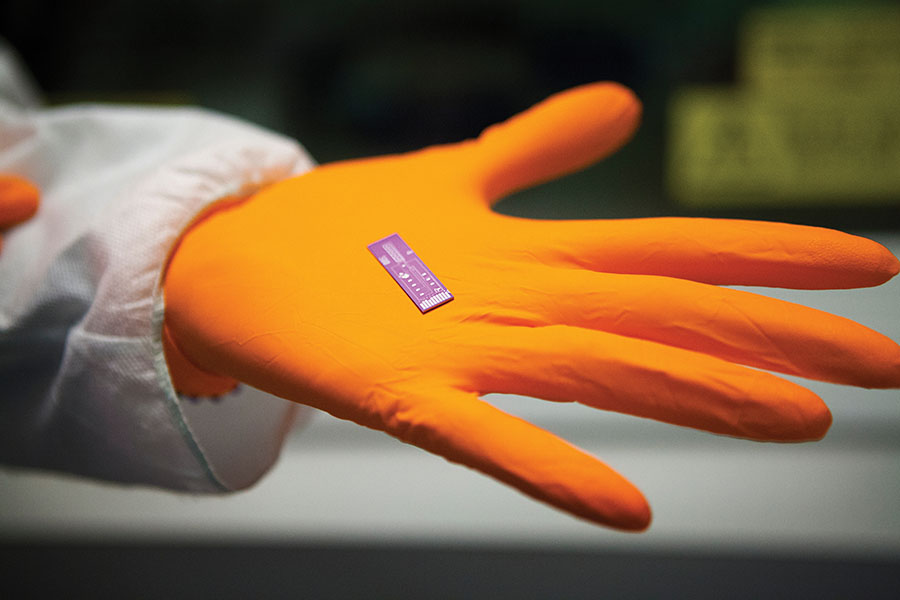 A stock photo of a biosensor implant. Dr. Zafar’s work on biosensors started more than a decade ago, after she taught herself basic biology online.

Sufi Zafar, physicist and researcher at IBM’s T.J. Watson Research Center, received the APS Distinguished Lecturer Award for 2022. APS News spoke to her about her unique career path, and what advice she’d give to other physicists.

The award—sponsored by APS’s Committee on Careers and Professional Development (CCPD) and the Forum on Industrial and Applied Physics (FIAP)—honors physicists in non-academic careers for significant contributions to physics, and for their ability to give engaging lectures to both experts and non-experts.

Early in her career at IBM, Zafar became interested in biosensors and wanted to learn more. "I taught myself basic biology by mainly using free educational resources available on the internet,” she says. When she had questions, she would reach out to friends and acquaintances. As her knowledge expanded, so did her reading: She began devouring research papers, searching for opportunities to collaborate.

It wasn’t easy. “The first collaboration was difficult,” Zafar says. She approached several researchers in her free time before finding some who would work with her, but it paid off with two published papers, in 2004 and 2008.

“[This collaboration] helped me identify unmet needs in life sciences that could be addressed by physics and engineering principles and semiconductor technology,” she says. It also helped her launch her first biosensing device research project.

Since then, Zafar has become a leader in interdisciplinary research in biosensors, device and material physics, data modeling, and nanofabrication. Her biosensor work has achieved commercial success, too: “I focused on devices with design, materials, and fabrication compatible with semiconductor technology. This compatibility allows biosensing devices to be cost-effectively manufactured in a semiconductor foundry.” Those early, deliberate considerations were vital for what happened next: “We were approached by NanoDx Inc for commercialization rights of HfO2 finFET biosensing devices,” she explains.

Throughout her career, she says, her background in physics has been “invaluable” as she navigated new fields, like biology.

For Zafar, the important thing is to keep learning. She advises other physicists to go outside their current areas: “It opens opportunities to work on problems that are not only interesting, but can play an essential role in addressing urgent global issues, such as climate change, healthcare, and food security.”