The past is messy. Politicians, movies, and schoolteachers might have you believe that events unfolded one way, but the truth is far more complex and contradictory, as Patricia Fara well knows.

This applies not only to wars and political movements, but also to the lives of scientists, along with their discoveries. Fara has spent her career unearthing new ways of viewing scientific history, and she has written about women’s contributions to science dating back to the Enlightenment period. Her writing often emphasizes the contributions of translators, teachers, and technicians—previously unrecognized people whose work was crucial to the global development of science.

Raised in the London suburbs by her mother, a housewife trained as a nurse, and her father, who was a lawyer, Fara studied physics at Oxford University in the sixties. Sexism in the field was direct and rampant. Men dominated her physics classes, she said, and instructors and students alike parroted messages about female inferiority. After graduating in 1969, Fara left the field to work in computer programming. “I learned very rapidly that I should never, ever reveal to anybody that I had a degree in physics from Oxford, because nobody—neither men nor women—would talk to me, because they’d regard me as completely abnormal,” she said.

Fara made a career of producing educational videos on statistics and computing before pivoting to historical scholarship at age 40. In 1993, she earned a PhD in History of Science from Imperial College London and joined Cambridge University’s Department of History and Philosophy of Science that same year. She has written more than 10 books, including Science: A Four Thousand Year History and A Lab of One’s Own: Science and Suffrage in The First World War, and co-authored several more.

Fara, the 2022 recipient of the Abraham Pais Prize for History of Physics, spoke to APS News about her work and the role of science history in today’s world.

This interview has been edited for length and clarity. 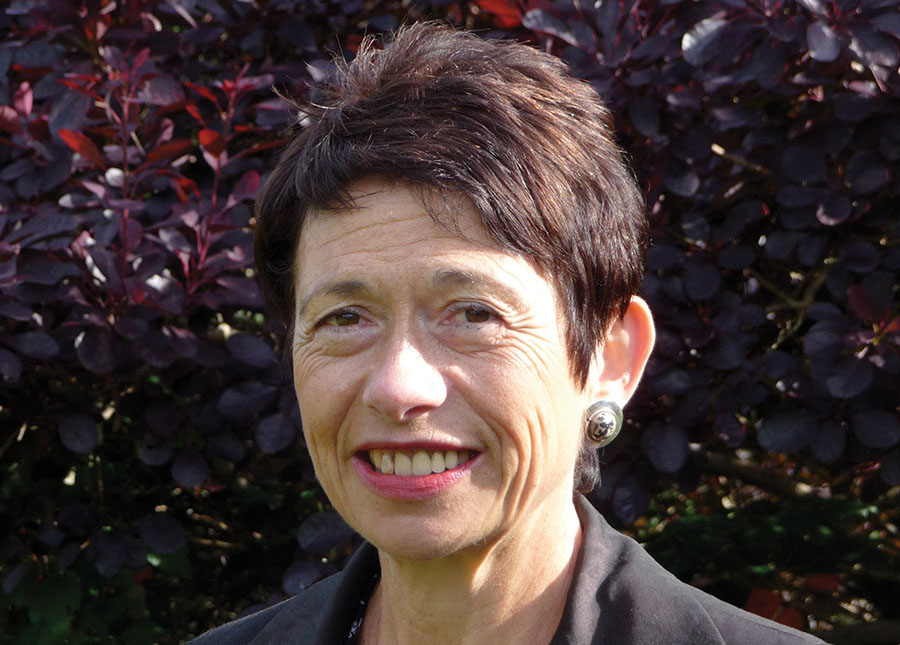 How do you choose subjects of study?

My first popular book was about Isaac Newton [Newton, The Making of Genius, 2002]. That was a definite programmatic decision. It was in response to people who kept asking me to lecture on gender studies during my PhD and afterward because I was a woman. Gender studies was relatively new; it was regarded as a woman’s subject, and it didn’t have the importance that it does now. I got so angry about it that I decided I was going to take the most masculine case I possibly could. And that was Isaac Newton.

I had not thought of Isaac Newton as particularly masculine. Why do you call him that?

As far as I was concerned, he was the furthest removed from anything to do with women. There were few women in his life. He was dedicated to physics and maths, which are very masculine subjects. I don’t think any other woman has ever written a book about him.

I used to give lectures after I wrote that book. Instead of a straight biography, it was an account of how he became so famous, and how his reputation shifted over the centuries. There would be a clutch of elderly men in the audience who would stick their hands up and say something patronizing: “Well, dear, you don’t quite understand gravity,” or whatever it was. I just glared at them and said, “Yes, I do. I have a degree from Oxford in physics.” It was extremely satisfying, because it shut them up.

Sometimes the most-repeated stories about scientists may not even be historical fact, such as Newton discovering gravity when he saw the apple fall from the tree. Why are these stories so popular?

Particularly in Europe and the Americas, they’re foundational stories based on stories from the Bible and the mythological stories of the ancient Greeks. The same story gets reworked and retold for different people. The Newton story is the same story as James Watt inventing the steam engine when he watched a kettle boil, and they’re both based on the archetype of Archimedes jumping out of his bath and shouting, “Eureka!” when he’d worked out how to find the volume of a crown. People grew up with these stories, and they’re very comforting.

In your book *Pandora’s Breeches* (2004), you point out that women’s stories suffer from similar pitfalls. What are the tempting feminine myths that we tend to repeat without solid evidence?

A common story is victimization. We create these great women that were suppressed, and we forget to look at what the women were actually doing. One famous example is Rosalind Franklin. She emerges as the woman who was completely marginalized and badmouthed by Watson and Crick, who stole her photo of DNA and took all the glory for themselves. But you can tell a completely different story about her. She was only working on DNA for about a year and a half. After that, she was one of the founding mothers, if you like, of the science of virology. She was the first person to analyze the structure of the tobacco mosaic virus. She was working on the polio virus and various other viruses at the time that she died. Her work was continued by Aaron Klüg, who won the Nobel Prize. So presumably, she would have got the Nobel Prize if she hadn’t died. It’s a completely different version of her life, where she’s a successful woman. But the trope is to write about women who fail.

Another good example is Dorothy Hodgkin, who is still the only British woman who has won a Nobel Prize for science. She’s virtually unheard of in the UK. I think it’s because she seems to have been a nice, hardworking, ordinary woman. She had three children, and she did absolutely amazing science. But that’s not as dramatic as talking about Rosalind Franklin being totally subverted by Crick and Watson.

What have you thought about the Hollywood treatment of the history of science?

The women’s appearances are always terribly important, where it’s just not so for the men. There’s always a romantic story involved. All the films about Marie Curie, for example, focus on her love affair with Pierre Curie, and they make her very beautiful. There was also a film about Mary Anning, the geologist, which I haven’t seen. They made her have a lesbian love affair with the wife of another geologist. There’s absolutely zero evidence of that.

Do you think that scientists would benefit from learning history during their scientific training?

Yes. It’s really good for them to learn about the history of their subject, along with some aspects of philosophy, which will teach them about ethics. History also teaches them how to write and make persuasive arguments, which they need for writing papers and grant proposals.

It’s also an opportunity not just to regurgitate facts, but to express opinions. Our questions don’t necessarily have a right answer, as long as you can back up what you’re saying. That’s very important for students to learn. For example, I might ask the question, would Charles Darwin have formulated the theory of evolution by natural selection if he hadn’t been on a voyage on the Beagle around the world? Nobody can know the answer to that question, but my students adopt one view or the other and are adamant that they’re right. It’s exciting to think about a question and express your point of view.

What is your opinion about the word “genius?”

It’s the secular equivalent of saying that somebody is a saint. People were elevated to sainthood before because they carried out miracles. Their birthplace would be converted into a shrine. Isaac Newton’s cottage where he was born in Lincolnshire has become a shrine for scientists who visit that place from all over the world. There’s something special about the air because Isaac Newton breathed it. The apple tree in the garden is like a holy relic.

Many people like to think of great scientists of the past as qualitatively different from other people. That’s something, for example, that Stephen Hawking tried to latch onto. He presented himself as a natural successor of Galileo and Newton. It’s an attractive story, but it divorces science and scientists from ordinary society. Science is absolutely imbued with political and commercial and personal considerations. Scientists are just people. We need to recognize that, because otherwise, we have a completely artificial view of what scientific knowledge is all about.

Recently, some journalists have publicized the unsavory personal lives of certain famous scientists. I’m thinking of Erwin Schrödinger, whose pedophilia was recently featured in The Irish Times, along with scientists who took money from Jeffrey Epstein. How do you make sense of stories like these?

We ought to confront the shortcomings. We have to face up to what human beings are like. Just because you produce a great scientific theory doesn’t mean you’re not a corrupt human being. People like Newton and Schrödinger don’t belong up on a pedestal. There’s a phrase by the historian E.P. Thompson—“the condescension of posterity”—where it’s very easy to think that we’re absolutely perfect today. But what are people going to think in 100 years’ time of the way we live?