A global virus pandemic brings the world to its knees. The stock market suddenly drops, inciting fear from investors. A star collapses to form a black hole. These events all have one thing in common. They are all instabilities that correspond to a catastrophic growth in some quantity that leads to an unwanted outcome. In physics, sometimes the bad outcome of an instability threatens to obliterate the validity of the theory itself. The quantum revolution was born in part as a result of taming instabilities in atomic systems, such as the ultraviolet catastrophe and the instability of classical atomic orbits. In recent times, billion-dollar particle accelerators were built to look for supersymmetric particles that function to tame an instability that would lead to a catastrophic growth in the masses of all matter. Many physicists were confident that this pattern of fixing instabilities would lead to experimental confirmation of supersymmetry, but it didn’t happen. Are all instabilities tragic, or are some useful for our universe’s functioning in hidden ways that could lead to new directions in our understanding? What are instabilities, especially of the quantum type, trying to tell us about the new physics?

Recall that the discovery of quantum mechanics was ignited by a handful of instabilities found in classical physics. Our very existence owes to the stability of the atomic structure of hydrogen and oxygen in water molecules, but classical physics predicts that all electrons should spiral into protons, making the classical atom unstable. Every time the electron orbits around the proton it radiates away electromagnetic energy, which reduces its distance to the proton. Eventually it spirals into the proton, rendering the atomic system unstable. By quantizing the orbits of the electron by associating each orbital distance with a wave, the electron, like the lowest vibration on a guitar string, would have a lowest orbit allowed.

Another type of instability is when a system’s energy continues to grow without bound. This is similar to falling down an infinite hill—your kinetic energy would continue to increase until it reaches infinity. And this contradicts relativity, which says nothing can go faster than light. Ironically, while quantum mechanics was invented to tame classical instabilities, it was later discovered that even quantum systems can have instabilities. For instance, when we consider the quantum effects of electrons, what we perceive as empty space in front of us turns out to contain a form of energy due to the activity vibrating quantum fields. This contribution to energy (often called vacuum energy or dark energy) is very large and should dominate the energy of the universe, causing this expansion to accelerate so fast that galaxies would not have a chance to form. This is known as the cosmological constant or dark energy problem, and as of today there remains no solution.

During my time at the Stanford Linear Accelerator Center, young string cosmologists like me were seeking out pathways in the jungle of ten-dimensional calculations to find solutions that have a small and positive cosmological constant. My colleagues Shamit Kachru, Renata Kallosh, Andrei Linde, and Sandip Trivedi (KKLT) found a remarkable pathway involving the de Sitter space, but many questions naturally emerged and, for the moment, a topic of active research. 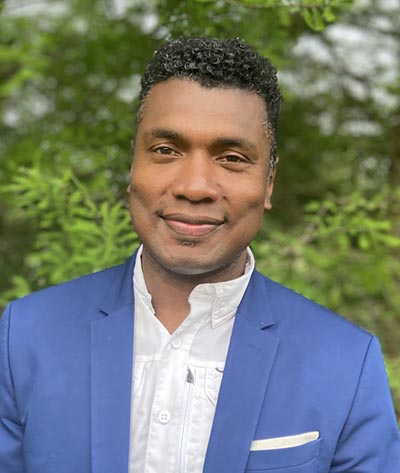 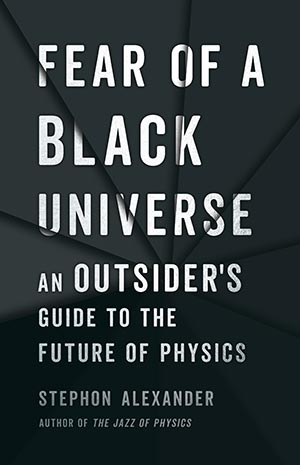 The KKLT result supports a conjecture that string theory can accommodate a vast array of values of the cosmological constant, and our universe was just one of many, each with their own specific value, the cosmological constant. This landscape of universes is consistent with the anthropic principle, which argues further that we necessarily live in a universe with a cosmological constant that is capable of supporting life like us, and so we shouldn’t seek any deeper explanation for it. A big debate transpired in the cosmology and string theory community as to whether the anthropic principle was scientific. I decided to take another direction, which would risk further shunning from my colleagues. This new direction would mean that I would engage in conversations with the outsiders from my club and even import their ideas into a possible resolution of the cosmological constant problem. I was guided by the motto: “Let the nature of the problem dictate the tools you should resort to,” even if it meant borrowing from the outsiders or risk becoming one yourself. Active (but positive) deviance was on the horizon.

That I even wanted to work on the cosmological constant problem was already deviant behavior. Postdocs were warned to not work on it—at least until we got tenure. But I was haunted by the beauty of the cosmological constant problem and was fine with joining the ranks of those that it defeated. Plus, it was my last year on the job market for a faculty job, and I did not have high expectations of getting a permanent position, so I did not feel like I had much to lose.

I know that if there was any way forward, I would have to find a new direction that was not thought of before. One day while having coffee on top of a hill in Nob Hill, I saw a similarity between the cosmological constant problem and a problem that haunted particle physics, the strong CP problem that came up in baryogenesis and the origin of our matter-filled universe. In the strong nuclear interaction, described by a theory otherwise known as quantum chromodynamics (QCD), the gluon is the particle that mediates the interaction between quarks that bind to neutrons and protons. Classically the neutron is electrically neutral, but quantum effects induced by QCD create a very large amount of net electric charge in the neutron that would destroy the stability of atoms. This would be catastrophic, given that we’re made up of neutrons and protons. Like the cosmological constant in general relativity controlling whether the universe expands, is stable, or contracts, there is a parameter in QCD, called the theta parameter, that controls the amount that the neutron deviates from electrical neutrality. Experimentally the theta parameter was measured to be on the order of one billionth. So, the strong CP problem is relegated to a question as to why the theta parameter was so close to zero, a similar predicament as the cosmological constant.

In the late seventies, Helen Quinn and Roberto Peccei found an elegant solution to this problem, a hidden symmetry that accounts for a theta parameter close to zero. I wondered if we could reimagine the cosmological constant to act like the theta parameter of gravity. Luckily, Helen Quinn was at SLAC. She walked me through the inner workings of her solution and, while she had high standards for the creative and technical implementation of my idea, she was encouraging.

To take the analogy between a problem in QCD and gravity to a place where I could attempt to do a calculation, it would help if I could place gravity on similar footing with QCD, and there was one activity of research that already did that. In the arena of quantum gravity, string theory is seen as the only game in town, but it isn’t. There are other attempts to quantizing gravity, even if they do not sit well with my string theory friends.

One particular approach is loop quantum gravity (LQG), in which the starting point is to quantize gravity using the same methods as QCD. This possibility came from Abhay Ashtekar’s ingenious insight to rewrite general relativity using variables identical to QCD. The idea required me to use the Ashtekar formulation of gravity in the presence of a cosmological constant. When I spoke to the other postdocs about loop quantum gravity, many of them dismissed the theory as “loopy” and suggested that anyone that would work on that theory does not know physics. But I already felt like an outsider and pursued loop quantum gravity anyway. Besides, when I pressed some members of the group to provide a solid critique about loop quantum gravity rather than just make fun of it, most of them did not know the theory well enough to tell me why they thought it was wrong. So, I decided to invite one of the founders of loop quantum gravity, Lee Smolin, to come to Stanford and SLAC to give some lectures on the theory. I learned enough about the Ashtekar formulation to get going on the project and eventually published the results.

The paper, entitled “A Quantum Gravitational Relaxation of the Cosmological Constant,” was posted on ArXiv.org, a website where physicists share drafts of their papers with the global physics community. Days of silence from the community went by. I was not offended. My office mate, string theorist Amir Kashani-Poor, returned after giving a seminar at the University of Texas at Austin. He told me with a look of awe that he had been lunching with the string theorists, and Steven Weinberg had joined the group. Weinberg shared the Nobel Prize with Abdus Salam and Sheldon Glashow for unifying the electromagnetic force with the weak interaction and is known as a straight shooter. Kashani-Poor told me that Weinberg pulled my paper from his inside sport jacket pocket and said to the group, “Have any of you seen this paper? It looks really interesting.” This was especially vindicating since Weinberg wrote a seminal masterpiece on the various problems with the cosmological constant and the attempts to solve it. Weinberg’s work also provided concrete criticisms and no-go theorems that ruled out many attempts to solve the cosmological constant problem. Luckily my model was able to evade Weinberg’s no-go theorem. My model is still a work in progress, and my research group and I are still improving it to confront how the cosmological constant is related to the onset of dark energy today.

Both LQG and string theory have their own communities, and there are strong feelings about the veracity of each approach. Both have complementary strengths and weaknesses, ranging from technical to conceptual challenges. My take is that both theories provide tools and new concepts to address the unresolved problems facing cosmology and particle physics, and both may not be sufficient. It has always been my take to let the problems and unexplained observations dictate which theories and tools to resort to. Thus, I have had the fortune to use both LQG and string theory in my research. While we have a handful of candidates for quantum gravity, none are complete. It is my view that they are all parts of the elephant, and we can use these approaches to teach us something about what the final theory might look like.

The author is Professor of Physics at Brown University and recipient of the APS Edward A. Bouchet Award. Adapted with permission from Fear of A Black Universe: An Outsider’s Guide to Physics by Stephon Alexander. Copyright © 2021. Available from Basic Books, an imprint of Hachette Book Group, Inc.