This month’s Back Page article is horrifying. For most of us, it is easy to say “that doesn’t happen here” because the author hasn’t named people, places, or her field. However, it could be happening at your institution, or mine.

Tales of not being able to go to HR and of not being heard by supervisors are all too common—these are difficult issues to deal with, and people shy away from confronting others about their inappropriate behavior, even when they are witnesses.

People also shy away from “making a fuss” about unacceptable behavior directed at them and frequently remove themselves from the situation—which could mean leaving graduate school or the work that they love. But losing valuable talent isn’t the way we should think about this; the bigger issue is the human one: How we treat others is a direct reflection on us, as individuals, as mentors and supervisors, as representatives of our organizations, and as representatives of physics. It shouldn’t be difficult to control ourselves and treat people with the respect they deserve. We should not excuse behavior because of rank within the community, research output, grant-getting, or accolades.

On April 10, 2019, APS Council adopted APS Statement 19.1 - Guidelines on Ethics, and Section III directly addresses APS’s stance on harassment, treatment of subordinates, and code of conduct for meetings. I hope that it is not necessary to say that nothing described in this month’s Back Page is acceptable behavior. APS has increased its focus on ethics, especially on ethical behavior since everyone understands that falsification of data and plagiarism are wrong. We should already be in a place where behavior that resembles anything like that described in the Back Page article is considered at least as wrong. 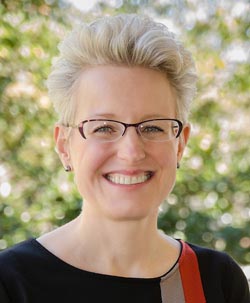 Do your part to make us better. Familiarize yourself with the APS Guidelines on Ethics; the work of the APS Ethics Committee, which includes training materials; and the many resources available from the Committee on the Status of Women in Physics and the Committee on Minorities.

Physics is done by people and the people are the most important part. We should all behave that way.

The author is a member of the Ethics Committee, appointed to represent the Committee on the Status of Women in Physics.