On October 6, 2020, the Royal Swedish Academy announced the award of the 2020 Nobel Prize in Physics to Roger Penrose (University of Oxford), Reinhard Genzel (Max Planck Institute for Extraterrestrial Physics), and Andrea Ghez (University of California, Los Angeles). Six months later, all three Nobel laureates kicked off the 2021 April Meeting as speakers at the Kavli Foundation Plenary Nobel Prize Session. As the first talks, the session set the tone for the rest of the meeting, celebrating exceptional physics in the theme of “quarks to cosmos.”

Genzel and Ghez shared one half of the Nobel Prize for their discovery of a supermassive, compact object—likely a black hole—at the center of our galaxy. In their talks at the plenary session, each of them presented their separate but complementary journeys towards unlocking the secrets at the center of the galaxy. Penrose, who was awarded one half of the Nobel Prize for his discovery that black hole formation is a prediction of general relativity, spoke on his 1965 paper in Physical Review Letters that presented his theory, as well as new lessons that may be learned from black holes. 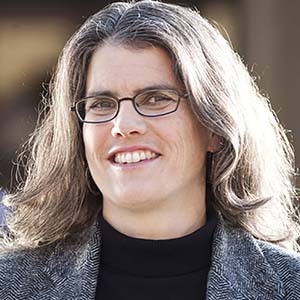 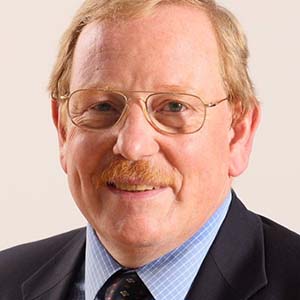 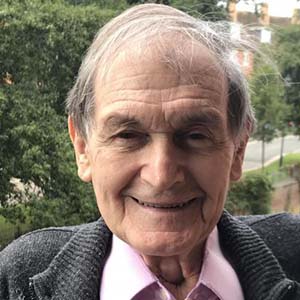 To start the session, Genzel began by discussing the background of the search for black holes, stretching back 100 years to the first presentation of the theory of general relativity, before describing his own 40-year journey to detecting the likely presence of one at the center of our own galaxy. Early work in infrared imaging of ionized gasses indicated a central object might exist, but with the development of new technologies, Genzel was able to peer closer to the galactic center. By tracing the orbit of a star called S2 over 16 years, from May 2002 to May 2018, and observing behavior consistent with the effects of general relativity, Genzel collected strong evidence for the presence of a supermassive object—most likely a black hole.

Ghez then offered her perspective on the discovery, detailing the technological advances that made it possible, and discussing the questions that remain unanswered about black holes, gravity, and the evolution of galaxies. Development of adaptive optics, which enable telescopes to overcome the blurring effect of the atmosphere, allowed both Ghez and Genzel’s groups to track the orbit of S2 and come to complimentary conclusions. The data that can now be collected about the center of the galaxy has solved the initial mystery of what is found there. But according to Ghez, it also raises many other interesting questions, such as behavior of gravity near supermassive black holes and the unexpected presence of young stars in regions surrounding the black hole.

To close the session, Penrose offered a look into his theoretical work on black holes, from his 1965 PRL paper, to some of his newer contributions towards understanding the Big Bang. According to Penrose, his early model of space-time that suggested how something like a black hole might form was met with skepticism. Now that a number of his predictions regarding the formation of black holes have shown to be true, Penrose has turned to using black holes as a means of peering into the past. Penrose discussed his hypothesis that a universe existed before our own, with Planck satellite data collecting signals that appear to be of gravitational waves emitted by black holes colliding in a previous aeon.

The Kavli Foundation Nobel Prize Plenary was made possible in part by the Kavli Foundation, which supports the advancement of science and the increase of public understanding and support for scientists and their work. Each of the talks from this plenary are available on the APS Physics YouTube page: youtube.com/c/apsphysics.