Each year, the APS National Mentoring Community (NMC) brings together mentors and mentees at the NMC Conference as an opportunity to build connections, grow new skills, and learn how to get the most out of mentor-mentee relationships. The 2021 NMC Conference, held from February 18 to 21, continued the tradition with an online format, allowing NMC members to safely gather and connect for a full weekend.

The NMC facilitates mentoring relationships between African American, Hispanic American, and Indigenous undergraduate physics students and local physics mentors. It also seeks to provide students from marginalized ethnic or racial groups with opportunities, connections, professional development, and peer support. The NMC conference is an important mechanism by which students and mentors are provided with resources and training. This year’s conference was organized in partnership with the National Society for Black Physicists, the National Society for Hispanic Physicists, and Oklahoma State University.

The Virtual NMC conference began on February 18, with a series of community building and networking sessions before transitioning to a more traditional conference format the next day. Workshop sessions, split into mentor- or mentee-focused topics, gave attendees a number of opportunities to gain new skills or learn how to get the most out of mentor-mentee relationships. The conference also provided numerous opportunities for networking and community building through GatherTown, a program that lets users move an avatar through a virtual space to initiate conversations. Three plenary sessions focusing on challenges in physics, ranging from the search for dark matter to creating a more equitable field, featured accomplished women in astrophysics: Chanda Prescod-Weinstein (University of New Hampshire), Jedidah Isler (Dartmouth College), and Brittany Kamai (UC Santa Cruz and Caltech). 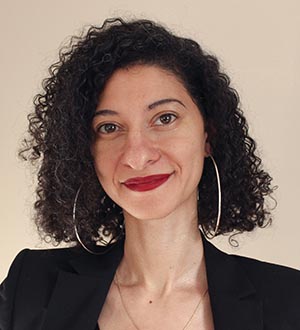 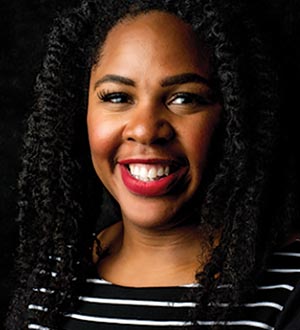 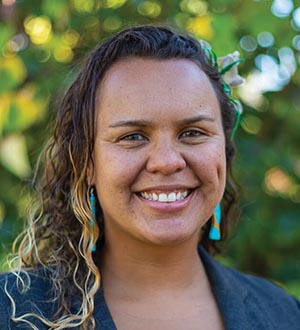 The first plenary, titled Dark Matter in the Disordered Cosmos, featured Bouchet Award winner Prescod-Weinstein, speaking about her research as a theoretical cosmologist working to untangle the mystery of dark matter. She recounted the first time she thought about dark matter as a problem to consider—during a conversation in 2009 with Vera Rubin. Prescod-Weinstein encouraged students to think about the problem of dark matter, especially in her area of emphasis, the study of axions. “We have no idea what dark matter is, but that’s a great problem for theoretical physicists,” she said.

Prescod-Weinstein also described her personal origin story, and her path to her current field in physics, which forms part of her new book The Disordered Cosmos. She emphasized to students that you don’t have to look a certain way or follow one set path to be successful. “You might not see people who look like you in particle physics, but that means particle physics desperately needs you,” she said. To conclude her talk, Prescod-Weinstein also discussed the importance of diversity and inclusion efforts that extend beyond STEM to “materially change the conditions that marginalize people.”

Isler, an astrophysicist and founder of the STEM En Route to Change (SeRCH) Foundation, spoke at the second plenary focused on how mentoring can change the world. Her talk, titled Mentoring as World Building: Co-Creating Futures from the Hyperspace, used literary ideas to discuss the role mentoring can play in creating a more just ecosystem in STEM and support people from marginalized groups in the field. She defined mentoring as: “a mutually respectful and beneficial relationship that allows for transfers of knowledge in both directions…that co-constructs a desired future.”

The idea of world building is that students—or anyone in STEM—can bring together their unique experiences as well as a vision for the future and come up with a way to make that world possible. Isler says that mentors have a role in this by helping their mentees figure out how to build this world, rather than dictating what it is. She also discussed the concept of "hyperspaces": places for marginalized communities to come together, taking a break from often oppressive spaces, and have exchanges that generate change in the broader culture. Isler closed her talk with a message for students in attendance: “You are powerful, you are capable of building your own world that involves liberation, and all of that is part of what makes you critical to scientific inquiry. You can’t do it by yourself—none of us can. Assemble a team that is responsive and excited about what it is you’re doing. Feel empowered to hold on to that vision.”

The third and final plenary featured Kamai, ShutDownSTEM co-founder, who spoke on “Elevating Society by Transforming the Way We Do Physics.” Kamai, a native Hawaiian astrophysicist, framed the talk, which described her journey through physics, around Polynesian voyaging. Her destination, she said, was understanding the entire universe, and her vessel is physics and astrophysics. “My journey was influenced by academia, STEM, and the culture that exists inside and outside of these spaces,” said Kamai. She described several tools that helped her navigate through STEM: Hana club, a group she founded with other friends and academics for co-working and support, and Operation Voice, her method of reclaiming her voice in academia.

Kamai also discussed the controversy surrounding Maunakea, a dormant volcano on the island of Hawai’i that is both sacred land and the site of telescopes for astrophysics research. “I started thinking: Where are the other indigenous physicists?” said Kamai. “I then started the Society of Indigenous Physicists…a space to have unique conversations…and engage with indigenous leaders to co-create with each other.” She also co-led ShutDownSTEM, which partnered with groups Isler and Prescod-Weinstein are part of, to stop business as usual in STEM on June 10, 2020, as a means of committing science to making steps towards eradicating anti-Black racism. APS, Nature, Caltech, and NASA were among the institutions that made changes to policies as a result of the shutdown. Kamai ended her talk by encouraging students to find spaces they feel heard and use their voices, acknowledging the work mentors in attendance are doing, and calling for all STEM practitioners to take responsibility in society and step up as leaders.

The NMC conference was sponsored by: NSBP, NSHP, OSU, and Kenton and Amy Brown. To join the NMC, visit the NMC web page.