News from the APS Office of External Affairs

At a time when Congress is confronting many unprecedented issues, US Rep. Joe Neguse (CO-D-2nd) plans to keep another important matter—helium policy—on its radar by re-introducing the “Securing Helium for Science Act” during the 117th congressional session. Neguse originally introduced the bill in December 2020.

If enacted into law, the legislation would provide researchers supported by federal grants the ability to continue to purchase helium from the Federal Helium Reserve at a discounted rate for eight years after its sale, which is scheduled to start in September 2021 and be completed one year later. The reserve is an underground storage facility outside of Amarillo, Texas, and was established by Congress in 1925 to address the strategic importance of helium. In passing the Helium Stewardship Act of 2013, members of Congress believed that completely privatizing helium production and sales would improve the marketplace for end users, but that has not been the case. 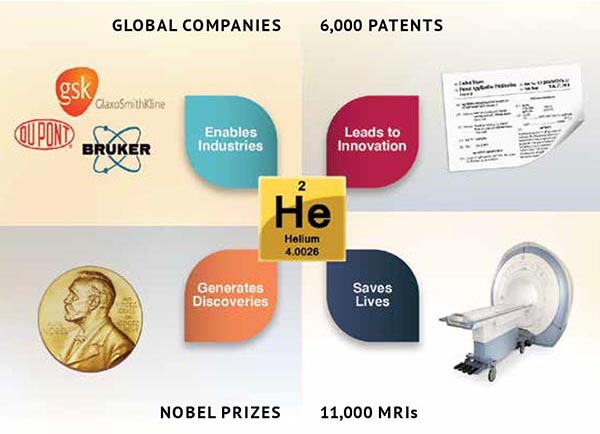 In fact, for the past several years, academic researchers have experienced unsustainable price increases and unreliable delivery of liquid helium. According to an APS survey of academic helium users nationwide, for example, the average price of liquid helium increased by nearly 25% from 2018 to 2019; some researchers’ prices tripled during that time. Based on current projections, the reserve contains enough helium to meet the needs of federal users for the next decade or longer.

“Liquid helium is crucial to American research and innovation and utilized by many federal scientists at research labs across the 2nd Congressional District. Many are concerned that US helium shortages and the breakdown of the Federal Helium Reserve will add increased financial burden and detrimental impact on scientific research,” said Neguse in a press release. “Our bill, Securing Helium for Science Act, will ensure that federal scientists in Colorado and across the country are able to access affordable helium by keeping the Federal Helium Reserve open past 2021 and continuing to offer discounted rates for federal researchers.”

Neguse has indicated that he will re-introduce the legislation this year. His efforts follow the diligent advocacy of APS members with support from the APS Office of Government Affairs (APS OGA). In a letter to Congress signed by past APS President Phil Buckbaum and leaders of the APS Divisions of Condensed Matter Physics; Materials Physics; Atomic, Molecular, and Optical Physics; and Quantum Information, they wrote,

“For tens of thousands of scientists and engineers across our innovation ecosystem, with research ranging from quantum information science to next-generation energy materials to space exploration, helium is essential to performing their work. Helium is also a critical component of medical devices and treatments, including MRI machines, that Americans depend on every day.”

Joseph DiVerdi, Associate Professor of Chemistry at Colorado State University, outlined his concerns regarding the helium issue in a widely circulated op-ed in The New York Times. In addition, he discussed those concerns during an in-person meeting with Neguse that was also attended by Mark Elsesser, Interim Director of APS OGA.

“I wholeheartedly thank US Rep. Joe Neguse for his support of this important bill that will ensure that scientists can continue to conduct critical research that has implications for a broad range of fundamental and applied technologies, including NMR investigations, MRI scanners and quantum computing.” said DiVerdi.

Bucksbaum added, “APS commends US Rep. Joe Neguse for introducing this critical piece of legislation that will help ensure the scientific community has reliable access to helium for the next several years. A reliable helium supply strengthens our nation’s scientific enterprise and enables discoveries that will lay the foundation for a robust economy going forward.”

Elsesser also offered thanks to Neguse and noted that APS members looked forward to the bill’s passage.

“APS, with support from its dedicated members, has pushed policymakers to help address the helium crisis for several years, and we are grateful that US Rep. Joe Neguse has taken the lead on a critical issue that impacts the scientific community and the future of US innovation,” he said.

In a related matter, APS OGA is also working to have language included in a National Science Foundation reauthorization bill that would significantly expand its modest and successful helium recycling program. Transitioning researchers to systems that recycle helium would significantly decrease the federal government’s helium expenditures over time, allowing more funds for research.