Inclusive Mentoring: The Mindset of an Effective Mentor

Mentoring is the process of forming, cultivating, and maintaining relationships that support and advance mentees in their pursuits [1-2]. As physicists, we mentor undergraduate and graduate students in diverse settings: when we teach them in various courses, when we advise students in their research, or when we counsel them about academic and non-academic issues. For example, we give advice on what courses to take, whom to do research with, how to live a balanced life while managing academic and non-academic responsibilities, and how to apply for financial support, scholarships, and jobs.

While effective mentoring can improve the outcome for all students in research and education, appropriate mentoring of students plays a critical role in ensuring that students from underrepresented groups (e.g., women and racial and ethnic minority students) thrive since physics is one of the least diverse STEM disciplines with stereotypes related to who can excel in it [3-11].

Research suggests that there is no single mentoring style that impacts effectiveness [2]. However, there are several aspects critical to successful mentoring: showing genuine concern for the mentee; boosting their sense-of-belonging and self-efficacy [4-6]; inculcating a growth mindset (intelligence is not immutable since your brain is like a muscle and can grow with hard work) [7,11]; supporting students in learning to use effective strategies for growth that build on their current knowledge meaningfully; encouraging them to take advantage of their peers and mentors; and helping them embrace their struggles as stepping stones to learning. It is important for mentors to convey to students that they have high expectations of them, they know that they have what it takes to excel if they work hard and work smart (which entails using effective approaches) and they are there to support them as needed. 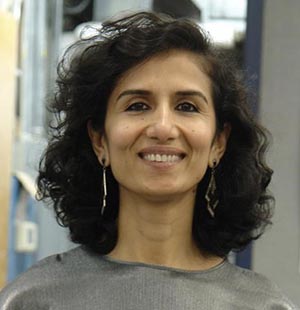 Good mentoring means that mentees are more likely to succeed in their course work and in their research, be visible compared to others at a particular stage of their career, and to have a career plan. Mentees are also more likely to be happy with their work because mentoring helps shape their outlooks positively [1,2]. Mentoring can support growth in physics knowledge and skills as well as development of leadership skills while creating a climate of positivity, sense of competence, and a “you can do it” attitude [1,2].

Keeping in mind the role of mentors, a crucial characteristic of effective mentoring relationships in both teaching and advising contexts is that the mentors have a “growth” mindset in order to help their mentees embrace struggles with physics and learn how to react to challenges and adversity. A research study involving the fixed vs. growth mindset of STEM instructors of undergraduate students was carried out at a large research university in the US in which 150 instructors from 13 different science disciplines including physics participated [11]. Instructors were asked to respond to the following two questions on a Likert scale (strongly agree, agree, disagree, strongly disagree etc.): “To be honest, students have a certain amount of intelligence, and they really can’t do much to change it” and “Your intelligence is something about you that you can’t change very much.” Instructors who agree with these statements have a “fixed” mindset about their students’ ability, and those who disagree with these statements have a “growth” mindset about their students’ ability.

It is not surprising that instructors, research advisors, and others in mentoring roles who have a fixed mindset about their students’ abilities are unlikely to inculcate a growth mindset amongst their students, as students will likely maintain the idea that intelligence is fixed and cannot grow, regardless of hard work [7,10]. On the other hand, good mentors can shape the ways that mentees react to challenges and ensure that the mentees embrace struggling as a normal, unavoidable part of solving physics problems or conducting physics research. Mentors can help mentees see such challenges as opportunities for developing expertise using deliberate strategies and building on their prior knowledge and skills effectively [7]. A good mentor can disambiguate student experiences in challenging situations, promote growth mindsets, and emphasize the importance of struggling in learning and excelling [7]. In particular, only when we as mentors have a growth mindset and truly believe that the students we are mentoring can overcome challenges and excel by working hard and using effective strategies will students develop a mindset that challenges are not unique to them or permanent but universal and temporary [7].

As mentors, we should set high expectations for students but also provide assurances that students can reach those expectations by working hard while using effective approaches, struggling at tasks, and using their struggles as learning opportunities while we continue to support them. Also, we should simultaneously help students learn effective cognitive and meta-cognitive strategies to scaffold their knowledge and skill development. What is important to recognize is that setting high standards without providing assurance that all students in a physics course or in a physics research lab can achieve them by working hard while using effective strategies can hurt those from underrepresented groups the most. Due to the stereotypes associated with physics, without assurance from the mentor, those students are more likely to attribute struggling to a lack of ability as opposed to a normal part of developing expertise [7].

Mentors should also positively recognize and praise students for making progress, even if the mentor perceives them to be small steps, otherwise, lack of recognition is more likely to negatively impact students belonging to groups that are underrepresented in physics. Since physics is a field with strong stereotypes about who can succeed in it, these micro-affirmations are particularly important. Lack of positive recognition is known to have negatively impacted the entry and retention of underrepresented students, such as women and racial and ethnic minority students, in physics related disciplines for decades [3-7].

Eileen Pollock, the first woman to get a BS degree in physics at Yale University, decided to pursue graduate work in English and became an English professor at the University of Michigan despite finishing her physics undergraduate degree summa cum laude. In her memoir [12], she recounts the negative impact of lack of positive recognition from her thesis advisor: “Not even the math professor who supervised my senior thesis urged me to go on for a PhD. I had spent nine months missing parties, skipping dinners, and losing sleep, trying to figure out why waves—of sound, of light, of anything—travel in a spherical shell, like the skin of a balloon, in any odd-dimensional space, but like a solid bowling ball in any space of even dimension. When at last I found the answer, I knocked triumphantly at my advisor’s door. Yet I don’t remember him praising me in any way. I was dying to ask if my ability to solve the problem meant that I was good enough to make it as a theoretical physicist. But I knew that if I needed to ask, I wasn’t.” She adds, “[I was] certain this meant I wasn’t talented enough to succeed in physics, I left the rough draft of my senior thesis outside my advisor’s door and slunk away in shame. Pained by the dream I had failed to achieve, I locked my textbooks, lab reports, and problem sets in my father’s army footlocker and turned my back on physics and math forever.”

This example illustrates a missed opportunity in which an undergraduate thesis mentor failed to positively recognize the accomplishment of a woman in physics, and she went from feeling “triumphant” about having solved her thesis problem to feeling she wasn’t talented enough to succeed in physics, otherwise her advisor would have praised her for her successful solving of the problem. What is also worth reflecting upon is that decades later while writing her book, when Pollock asked her thesis advisor what he thought of her thesis, he noted, “It’s very unusual for any undergraduate to do an independent project in mathematics. By that measure, I would have to say that what you did was exceptional.” She then asked if he ever specifically encouraged any undergraduates to go on for PhDs; after all, he was then the director of undergraduate studies. He said he never encouraged anyone. Lack of encouragement and positive recognition as someone who can excel in physics is particularly detrimental to underrepresented students, including women like Pollock, because they likely do not have many peers and role models and may be struggling with the idea of whether they have what it takes to excel in physics—or if they belong in physics at all.

Due to the pervasive societal stereotypes associated with who belongs in physics and who can excel in physics, many students from the underrepresented groups question whether they have what it takes to be a successful physicist [13,14]. Depending upon students’ backgrounds and privileges, they may come to our classes and to our research labs with different motivational beliefs and prior preparations. Mentoring plays a critical role in ensuring that all students—especially those from the underrepresented groups—receive adequate guidance, support, recognition, and assurance to participate and excel in physics. Developing the mindset of an effective mentor requires us to be reflective and introspective and is crucial to ensuring that our students develop a growth mindset, embrace their struggles in physics, use effective approaches to overcome those struggles, and excel in physics.

Chandralekha Singh is a professor in the Department of Physics and Astronomy at the University of Pittsburgh. She is a former chair of the APS Forum on Education and is currently the Past President of the American Association of Physics Teachers.