Many of us have been working diligently over the last few years to make the demographics of physics more reflective of the general population. These longstanding efforts by many in our community became even more critical after the events of Summer 2020. In particular, the physics community has worked on making our culture more welcoming and our pedagogy more inclusive. We have started to work on initiatives designed to identify, recruit, retain, and promote members of marginalized groups, including programs such as the APS Inclusion Diversity and Equity Alliance (IDEA).

Inequality in the representation of ethnic, gender, and racial diversity at all levels in physics is due to several disadvantages marginalized groups face. While institutional changes are necessary, people in physics also depend on effective and compelling letters of recommendation to be successful. We are concerned that letter writers may be unintentionally writing weaker letters for students and colleagues belonging to marginalized groups. What is the evidence for this being a problem and what actions can letter writers and readers take to help reduce the impact of bias on an individual’s success in physics? 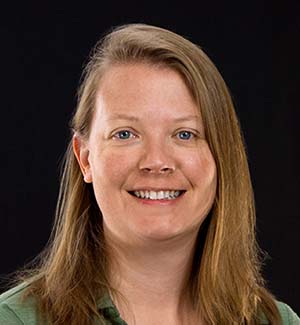 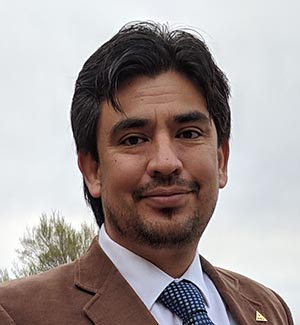 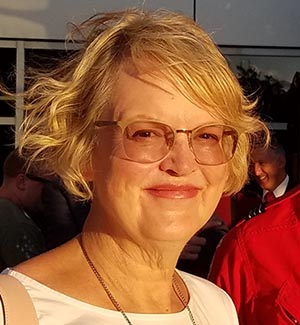 What the data show

The APS Dissertation Awards provide a good example of the underrepresentation of women and minorities in situations that rely on letters of recommendation. From 2015 to 2019, the awardees include 16% women and 2% underrepresented minorities (URM) as compared to 29% of the student members who describe themselves as women and 4% of students who described themselves as members of underrepresented racial and ethnic groups. (While APS updated its demographics reporting options in 2019 to allow for non-binary reporting, these data include responses from when non-binary reporting was unavailable.)

We can also see that efforts to combat bias may be paying off when it comes to prizes and fellowships, but we caution that continued efforts are needed. Those selected for fellowships (16% women, 2% URM), prizes (10% women, 2% URM), and awards (17% women, 6% URM) can be compared to 18% of full members that describe themselves as women and 2% that report belonging to an underrepresented group.

Some of the issues we have seen in reviewing letters include the use of communal descriptors (eager, kind, nurturing), terms that are irrelevant to the award (overcame their background), or statements that offer comparison to the marginalized group rather than the broader community (e.g., ‘given that there are so few of this marginalized group in physics, the nominee of this background, is a worthy candidate’). In contrast, the most effective letters focus on these candidates’ accomplishments.

As letter writers, we may not always be aware of the subtle ways that our language can (unintentionally) impart bias or judgment. In particular, there are ethnic, gender, and racial stereotypes that can creep into the writing. Stereotypes influence both the selection of candidates for a position and the evaluation of their work. As an example, research has shown that writers often “hedge” when talking about members of marginalized groups using phrases like “X” has potential, and “Y” may be able to lead [1].

This type of language makes it less likely that marginalized groups’ members will make it further through the selection process. However, even comments that could have been intended as supportive like “She juggles her career and young family well” can be problematic. How often would such a phrase be in a letter for a male candidate? This remark also provides information that interviewers cannot ask for and is not relevant to the candidate’s qualifications.

Human societies often associate traits with gender, race, and ethnicity. Examples in western culture include the stereotype of females being relationship-oriented or communal and males being achievement-oriented and agentic [2]. The perceived mismatch between the characteristics needed to be considered a successful individual and the (communal) behaviors stereotyped to females puts female leaders at a disadvantage. This problem is common enough that tools exist to analyze reference letters for gendered language. We posit that this language might be resulting in unconvincing letters of support. Since some agentic words like “dedication” are associated with female leaders and compare favorably with terms such as “dominance” used to describe males, the solution to removing bias from our letters is not as simple as removing all words with a potential for causing bias.

Similarly, racial and ethnic marginalized groups face several stereotypes, some that are considered counter to the traits of a successful individual (e.g., incompetence, machismo, and dominance in the case of Black and Latinx persons) and some that are supportive of success (such as hardworking and smart for Asian individuals) [2]. Grimm et al. quantified the frequency of agentic and communal language in over 2,600 letters of recommendation for diagnostic radiology residency applications. To our knowledge, a study on the influence of the language used in recommendation letters has not been done in a physics context, but like in physics, most of the letter writers are of senior rank, white, and male. The letter writers emphasize individual skills when describing white and Asian applicants compared to Black and Latinx applicants. These stereotypes influence both the selection of candidates for a position and the evaluation of their work. Similarly, just as writers need to be careful of their word choices, it is equally vital that selection panels and others reading the letters be aware of how language usage influences the ranking of applications [3].

How to write unbiased letters

If we are to avoid sabotaging a candidate, we need to be deliberate about the strategies we use to write supportive letters of recommendation. The ideas below come from publications and our own experiences reading and writing letters. (We found the University of Arizona [4] and IGEN guides [5] helpful.)

A key recommendation is to evaluate the adjectives you are using to describe the candidate. While it is not possible to create a strict list of adjectives to use and avoid, we suggest avoiding words that imply supporting roles and emphasize adjectives associated with mastery. Accomplishments speak louder than effort. Sometimes, asking yourself if you would have used this language to describe a white cis-gendered man may help you identify problems.

We recommend being mindful of comparisons [6]. Often letter writers will compare the candidate’s achievements to others in the field. A comparison to another person may be tempting as a way to summarize achievements, but it can be problematic in several ways. First, is this a fair comparison? Did the person have the same resources and opportunities if they were in a marginalized group? Are the two people at the same place in their careers? What exactly are you comparing? Everything about them or just some aspects?

Second, do you know the person you are comparing to well enough to be sure of the comparisons? Perhaps, you are saying the candidate published a similar number of papers to a more senior person, but, unknown to you, the senior person is often added on publications while not contributing much. A reader may assume you are implying that the candidate is also added to papers they have not contributed to significantly. A related problem is the tendency to compare those within a particular identity. For example, writing “This person is the most accomplished woman in her field.” does not compare a candidate to those in the discipline as a whole and could be interpreted as meaning the men in the field are more accomplished generally.

Unconscious bias can also influence which topics are included in the letter. Again, anything you cannot ask about in an interview should not be included in a letter, even if you see it as a positive, like stressing that a candidate could complete the project even while getting treated for a severe illness. Instead, focus on specific accomplishments (e.g., He was able to develop a new analysis scheme that allowed us to account for many systematic effects in the experiment.) Discuss the candidate’s specific contributions and not those of other people in the research group. We have read many letters where a significant portion details all of a lab mate’s contributions rather than those of the candidate.

Besides specific accomplishments, consider commenting on a candidate’s broader “professional skills” (e.g., mentorship, communication, etc.), which are often equally important for future success in their next position. Consider how those skills are discussed and use language that is part of professional norms (e.g., use “collaborative” instead of “works well with others”). Overall, we suggest focusing on what is essential to that specific job or nomination and not including anything not directly related to the position or award.

Finally, after reading through your letter with all of these recommendations in mind, we suggest that you have a colleague with a fresh perspective read through the letter with a specific eye to these issues. Additionally, you may compare the language in letters you have written for a person from a marginalized group to your letters for candidates from a majority group.

Although these recommendations are aimed at letter writers, readers who are evaluating candidates should also keep them in mind. If you see language or discussions that could invoke a gender, racial, or ethnic bias, you can note these things to (1) consider if they affected your evaluation of the candidate and/or (2) bring it to the attention of other evaluators so they can also be aware of how this might have impacted their evaluation. These actions may lessen the impact of biased letters. Some committees find it useful to designate one member, in particular, to ensure effective practices are followed.

Overall, taking increased care with letters of recommendation is just one small step to reducing barriers for people from marginalized groups. As we take these immediate smaller steps to help better promote our colleagues and students as a community, we must continue to work on eliminating systemic racism and sexism from the field of physics.

We want to thank Ed Bertschinger, Miriam Deutsch, Loren Hough, and Donnell Walton for feedback on a draft of this manuscript. We want to thank APS and especially Jacob Robertson for providing us with data.

[1] J. M. Madera, “Raising Doubt in Letters of Recommendation for Academia: Gender Differences and Their Impact.” Journal of Business and Psychology 34, 287 (2019).

[2] I. J. Grimm et al., “Gender and racial bias in radiology residency letters of recommendation.” Journal of the American College of Radiology 17, 64 (2020).