The APS Forum on Physics and Society

From climate change to the proliferation of nuclear weapons, physics principles are deeply tied to many of society’s most pressing issues. The Forum on Physics and Society (FPS) serves as a home for physicists who are passionate about better understanding, analyzing, and debating such issues, as well as those actively engaged in efforts to inform the public and advise policymakers on these subjects.

Many physicists affiliated with FPS have gone on to hold influential roles at the highest levels of government. Three FPS members have served as members of the US Congress—Vern Ehlers (R-MI, 1993-2011), Rush Holt (D-NJ, 1999-2015), and Bill Foster (D-IL, 2008-2011 and 2013-present)—and several have worked as science advisors at the State Department, Department of Energy, and even the White House.

FPS was founded in the late 1960s and was formally incorporated as APS’ very first forum in 1972. Amid the political tumult of the 1960s and 70s—characterized by the energy crisis, the rise of nuclear weapons, the Vietnam War, a burgeoning environmental movement, and a national reckoning over civil rights—many physicists felt a professional responsibility to engage with these societal issues and lend their scientific expertise to the discussion. Today, with over five thousand members, FPS remains highly engaged with these original interests in energy, climate, nuclear, and national security-related issues, and has also expanded its scope to include newer issues such as artificial intelligence, autonomous weapons, sustainable development, and cybersecurity. 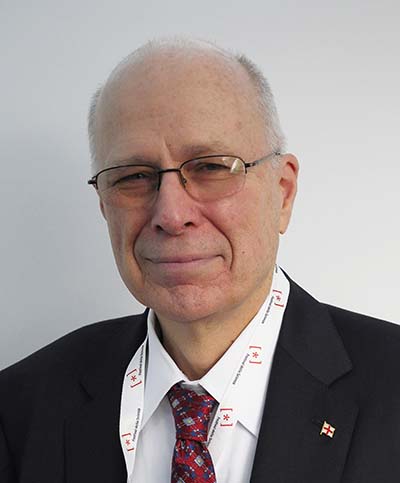 “Scientists and physicists now recognize how important science is not only to their field, but to humanity, the world, and the future. Likewise, policy makers and diplomats have recognized that having stronger connections to science matters for them too,” explained FPS chair Bill Colglazier (American Association for the Advancement of Science, AAAS), former Science and Technology Advisor to the Secretary of State and co-chair of the UN’s Ten-Member Group on science, technology, and innovation.

In the age of the novel coronavirus, a newfound focus within FPS is how physicists can contribute to the pandemic response. APS members have been involved in the development of low-cost, rapidly-built mechanical ventilators to meet the current ventilator shortage, elucidating the fluid dynamics of respiratory droplet transmission, and an international effort to repurpose physics infrastructure such as x-ray facilities, cryo-electron-microscopy, lasers, and NMR for urgently-needed research related to COVID-19.

More broadly, FPS members have been involved in dissecting how the United States, despite having one of the most sophisticated scientific advisory ecosystems in the world, has underperformed so dramatically relative to other industrialized nations in containing the spread of COVID-19, and how scientists can make better connections with policy makers and society at large to prevent similar missteps in the future.

Colglazier discussed this in a recent editorial in Science & Diplomacy. He argued that while the global scientific community responded well to the pandemic with “unprecedented scientific collaboration and sharing of information,” this was hindered by a broken interface between science, policy, and society in the US. He outlined four elements that must be in place to foster wiser, more science-based decision-making in future times of crisis: (1) A culture of trust between scientists, politicians, and the public; (2) A duty for scientists to tell the truth to the public, even in the face of contradictory information from the government; (3) A duty for scientists to inform politicians and the public about threats as well as opportunities that emerge from rapidly-advancing science and technology; and (4) A duty for scientists to marshal their technical knowledge to help achieve our nation’s goals and to redress its failings. The editorial is a compelling read, illustrating the importance of scientists in public policymaking and how much is missing when they are not empowered.

FPS offers its members several opportunities to engage more deeply with issues of science and society. Since 1982, FPS has organized several two- to three-day short courses on timely issues at the intersection of physics and society—in particular, nuclear arms, energy, and climate change. FPS is also very involved with the AAAS-partnered APS Congressional Science Fellows program, which gives physicists with an interest in science and technology policy the opportunity to work in government for one year in a congressional office. Through this program, Fellows can offer their scientific expertise to Members of Congress (few of whom have a technical background) and in turn broaden their own understanding of legislative and political processes and enhance the physics community’s influence on science-related policy.

At a broader level, FPS sponsors seven to eight sessions each year at APS March and April Meetings, bringing awareness to the wider APS community of the essential role of scientists in addressing societal issues. Several FPS-sponsored sessions from last year’s social-distancing-friendly APS April Virtual Meeting are still available to registered attendees to watch at the meeting website, featuring topics such as science and national security, science and international relations, physics and the pandemic, and science and politics. The 2020 sessions on artificial intelligence and the future of humanity, science and ethics, and communicating science to the public that could not be held due to the pandemic will be among those scheduled for future APS meetings.

Additionally, all APS members can access FPS’ highly-regarded quarterly newsletter, Physics & Society—launched over 40 years ago by FPS co-founder Martin Perl, who won the 1995 Nobel Prize for his discovery of the tau lepton. The newsletter overviews current events at the intersection of physics and policy and provides a platform for physicists who wish to share data or perspectives on such topics.

Going forward, a major priority for FPS is inspiring the next generation of physicists to continue the conversation between scientists, policymakers, and the public. “My aspiration for the forum is to reach out to young members of APS and give them the opportunity to understand the complexities of interaction between public policy, diplomacy, and their own disciplines,” explained Colglazier. “FPS has certainly affected people of my generation, and I want to make sure there is a new upcoming generation to continue the work. This is so important for the future of a peaceful and prosperous world.”

Overall, FPS stands out as one of APS’ most important and influential units, at a time when science-informed policy, science-based diplomacy, and credibility of scientists are more crucial than ever. More information can be found at the FPS website.

The author is a freelance writer based in Stockholm, Sweden.