Physicists Rise to the Challenge

On the evening of March 10, at the University of Illinois, Urbana-Champaign (UIUC) campus, two physicists stayed late to chat about the upcoming spring break.

The conversation, however, did not center on sunny beaches or forest hikes. Nigel Goldenfeld and Sergei Maslov were worried. In four days, a significant fraction of the school’s 48,000 students and 13,000 faculty and staff would be trudging through crowded airports, sharing hugs and kisses with loved ones, celebrating in restaurants and bars—and then, after eight days, returning to campus.

At the time, the impact of COVID-19 had not fully descended on Illinois, with only 19 confirmed cases. But Goldenfeld and Maslov had followed the news in China and in Italy. “We were both very alarmed by how quickly the virus replicates and spreads through the population,” says Maslov. That evening, they built a simple mathematical model of their hometown, the twin cities of Urbana and Champaign, Illinois, to forecast the impact of spring break.

Little did they know that just eleven days later, the governor of Illinois would issue a statewide stay-at-home order citing their work as part of the reasoning. 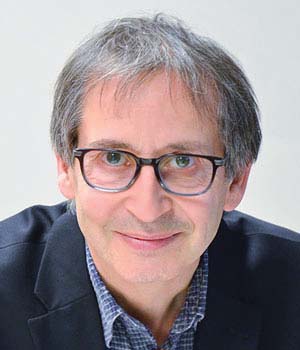 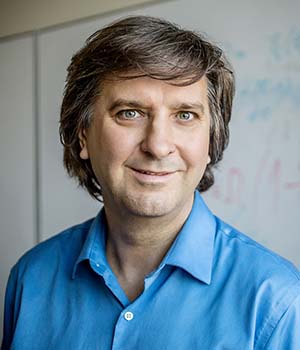 Neither Goldenfeld nor Maslov had advised policymakers before. A 63-year-old bespectacled theorist originally from the UK, Goldenfeld began his research career studying superconductors and polymers. Over more than three decades at UIUC, he had branched into computational biology to study flocking and evolutionary patterns in various ecosystems, among other research interests.

Maslov, a 51-year-old Russian-American who kept his hair long even prior to the pandemic, followed a similarly interdisciplinary academic career. Skipping around from magnetic materials to financial statistics to microbial ecology, the theorist arrived at UIUC in 2015 after nearly two decades at Brookhaven National Laboratory. As members of the same research team, they frequently chatted. “Our offices are right next to each other,” says Maslov. Goldenfeld is the winner of this year's APS Leo Kadanoff Prize.

Working in Goldenfeld’s office on March 10, the two collaborated on a simple model that took a few hours to run. In the model, they divided the population into four categories: those who were susceptible to COVID-19, exposed, infected, and recovered, the commonly used SEIR model. Its results delivered a stark message. According to the model, if students were allowed to return to campus, “there would be a huge wave of epidemics,” says Maslov.

That night, they immediately contacted their university provost, whom they knew personally. Upon receiving their message, school administrators moved swiftly. On March 11, they alerted students that courses would be moved online after spring break, and by March 16, they asked students to move home. Those administrators also relayed Goldenfeld and Maslov’s work to the Illinois governor’s office, which then invited them to meet with a group of officials, hospital administrators, and other scientists on March 13.

Meanwhile, Goldenfeld and Maslov began modeling the effects of a lockdown on the entire state of Illinois. With little time to perfect their models, and flawed data available to them, they decided against modeling specific lockdown strategies, such as shutting down schools. Instead, they left the strategy vague—whatever it was, the model assumed it would reduce transmission of the virus by some factor. Assuming that the state would implement the strategy, they then asked, what would be the consequences of delaying implementation?

This simple framing allowed them to largely avoid using the bad public data. “We were comparing apples to apples, however imperfectly calculated,” says Goldenfeld. “The only thing we were changing was the date the mitigation strategy was put in place.” They found that, to avoid a scenario like Italy’s, the state would need to implement some sort of lockdown soon. Any delays would drastically increase hospital occupancy and the number of deaths.

The two presented some of these results via videoconference in their scheduled meeting with the governor. But their message was nearly lost. At the time, policymakers were more focused on the availability of COVID-19 testing, rather than a lockdown.

“You have to imagine a room, and the governor walks in, and Nigel’s on a TV behind him,” says David Ansell, a doctor and former chief medical officer at Chicago’s Rush University Medical Center. Ansell attended the meeting in person. “There are a lot of people on Zoom calls, and we’re all trying to wrap the governor’s head around the scale of the emergency….So Nigel’s idea, I think, got lost in that moment. But I knew there was something there, so I looked him up and e-mailed him [a few days later] to ask him to talk.”

Ansell was exactly the collaborator that Goldenfeld and Maslov needed. With Ansell’s professional connections, they were able to roughly tally the number of patients in Chicago ICUs. Using that data, they then estimated how a mitigation strategy would change ICU occupancy depending on the day the lockdown began. They found that without mitigation, Chicago’s ICU capacity would be exceeded, “probably by a factor of ten,” they wrote in a document uploaded to arXiv.org. In addition, the lockdown would need to occur by April 1 in order to “avert a worst-case scenario.”

On March 18, they sent the results to the governor’s office, along with a “strongly worded” memo that Ansell authored. “We both agreed the most important measure was for the governor to order the shelter-in-place,” says Ansell.

The state had already begun to act. On March 16, Governor J. B. Pritzker ordered all schools, bars, and restaurants to close. On March 21, Pritzker issued a statewide stay-at-home order. In a press conference, the governor acknowledged the “mathematicians and modelers” whose advice led to his decision.

Since then, Illinois has largely avoided the crisis that hit New York, which implemented its stay-at-home order the day after, when it already had ten times as many confirmed cases as Illinois.

“We closed down at a time when you might say, ‘What’s the big fuss about?’” says Goldenfeld. While it’s impossible to know exactly how many lives the pre-emptive lockdown saved, Rush University Medical Center is “cool as a cucumber,” Ansell told APS News on April 15. According to Ansell, Chicago hospitals aren’t overwhelmed, and doctors are taking care of COVID-19 patients as they come.

“I get the feeling that all of Chicago is managing pretty well,” says Ansell.

Goldenfeld and Maslov credit science-trusting policymakers for the state’s relative success. “We’re very lucky that we’re in a state where leadership not only listens to scientists, but actively seeks our input, unlike the situation in the federal government,” says Goldenfeld.

The two continue to work with the state government on more epidemiological models. Without their usual safeguards such as peer review, they check their calculations against the results of two other modeling teams. “We’re doing quick and dirty engineering-type calculations on models that have lots of limitations and deficiencies,” says Goldenfeld.

Their contribution to the state reads like a success story, of physicists demonstrating the real-world applicability of their skills. But the two of them see it as a failure of government. “I wish that the country was better prepared, and that it wasn’t up to a ragtag group of physicists who decided they needed to do something,” says Goldenfeld.

Maslov and Goldenfeld have set aside their own research for the foreseeable future, to continue helping the state government. This work “is much more important,” says Maslov.

But their pivot does come with a nostalgia for their former lives, just months ago. “We learned to like [epidemiology], but I cannot imagine spending another five years doing it,” says Maslov. For him and Goldenfeld, epidemiological modeling just doesn’t provide the same intellectual thrill that the statistically complex ecological models do. It’s a small loss compared to lives and livelihoods—but intellectual curiosity, too, has been a sacrifice of this pandemic.

The author is a freelance writer based in Tucson, Arizona.