The Division of Atomic, Molecular, and Optical Physics

The Division of Atomic, Molecular, and Optical Physics (DAMOP) is a home for physicists engaged in fundamental research on atoms, molecules, photons, and their interactions. These researchers investigate a wide range of phenomena, including ultrafast and strong field physics, collisions and spectroscopy, quantum optics, plasmas, and precision measurements.

As the first APS division, DAMOP led the way for other specialized units within APS, which since its founding in 1899 had been a single body with no internal subdivisions. Just one year after DAMOP’s establishment the Division of Polymer Physics (DPOLY) was formed in 1944, followed by the Division of Condensed Matter Physics (DCMP) in 1947 (see APS News April 2019).

The move toward subdivisions was initially met with some skepticism from some in the physics community, who feared that it would incite too much fragmentation in what was then a much smaller field. On this issue, Karl Darrow, the Secretary of APS at the time, noted in 1943 that “The natural tendency of any growing science is to subdivide itself. Paradoxical as it may sound, this is regarded by […] the Society as a step in the direction of unity and not disintegration.” He emphasized that APS benefits from the emergence of specialized subdivisions because it ensures that everyone in the physics community, no matter how different their academic interests, can “continue to regard themselves and to be regarded as being physicists and members of a society of physicists.” 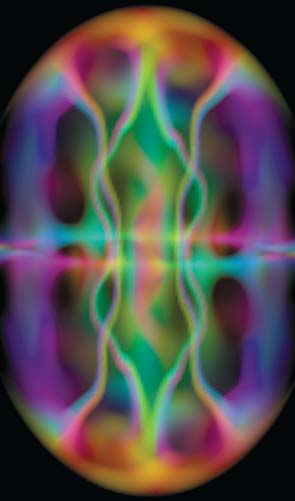 Almost 80 years later, this has proven to be the case: Today APS has 17 divisions, 13 topical groups, 10 geographical sections, and 9 forums, all operating synergistically with ample crosstalk and collaboration.

In addition to being the oldest, DAMOP also ranks among the largest units at APS, approximately 3,200 members strong. Notably, over 40% of DAMOP members are students, underscoring the vibrancy of this rapidly developing field and reinforcing what DAMOP chair John Bollinger (NIST) characterized as “a culture of sharing, support, openness, and scientific curiosity.”

Fundamental research in the domain of atomic, molecular, and optical – or “AMO” – physics has been instrumental in the development of methods for the control and manipulation of atoms, molecules, charged particles, and light. As DAMOP Past Chair Marianna Safronova (University of Delaware) explained, the natural synergy between these aspects of fundamental AMO research and other areas of physics has enabled close relationships and collaborations with several other APS units, including the Divisions of Quantum Information (DQI; see APS News December 2019), Laser Science (DLS), and Nuclear Physics (DNP), and the Topical Group on Precision Measurement and Fundamental Constants (GPMFC).

A particular point of pride for DAMOP is its long-running Annual Meeting. With a typical attendance of 1,000 to 1,200 people, this meeting provides a more intimate forum to discuss AMO physics specifically—itself already a broad field. Besides a large selection of invited talks (the topics of which are proposed by the broader AMO community), the meeting also includes graduate student symposia, career development events, and an annual workshop on precision measurement and fundamental concepts from APS’ GPMFC (which rotates between the DAMOP Annual Meeting and the APS April Meeting).

“It’s the best conference on AMO physics in the United States to see the perspective of the entire field,” noted Safronova, “I would encourage even first year graduate students to attend.”

Echoed Bollinger, “AMO science has undergone much growth during the last 30 years, and this has produced a proliferation of smaller topical meetings. DAMOP, in particular through its Annual Meeting, brings together the different topical areas of research. One of my biggest aspirations is to keep these connections healthy and vibrant because scientific diversity is important for progress to be made.”

Looking to the future, Bollinger’s top priorities for DAMOP are two-fold – to “build connections with other divisions and units in APS” and to “increase the diversity of the DAMOP membership” (currently >80% male). Safronova also emphasized the importance of increasing international collaborations. She elaborated that with largely table-top research, international collaboration wasn’t an intrinsic requirement part of AMO physics historically, but that is beginning to change – most notably in subfields such as atomic clocks, which involve a geographically distributed network of clocks.

Overall, over 77 years and counting, DAMOP has proven itself as a major cornerstone of APS as a whole, and a leader among divisions toward openness and collaboration. More information on this unit can be found at the DAMOP website.