The APS Annual Leadership Meeting (ALM) in Washington, DC, held at the end of January is an important resource for connecting leaders of APS membership units to APS staff and leadership, and this year it also acted as a training ground for a new type of APS leader: the APS Student Ambassadors. APS Student Ambassadors are undergraduate and graduate physics students who have committed to acting as APS representatives for their fellow students in their home institutions.

The Student Ambassador program was first launched in Spring of 2019, and now has 20 ambassadors at 18 institutions who inform their peers about APS and its resources. Ambassadors are provided with materials about APS programs and support from APS staff to act as a valuable bridge between students and APS.

“APS is almost 50% students, and APS is definitely making a big push to help support students and early career scientists more—[the Student Ambassadors Program] is part of that,” says Sarah Monk, Unit Operations Coordinator at APS. “The Student Ambassadors serve as representatives of APS at their institution, so if students have questions about APS, they can go to that representative who can answer their questions or put them in touch with a person at APS who can help them.”

As part of the program, student ambassadors are given free APS memberships, as well as unique opportunities for career growth. Seven student ambassadors representing five institutions attended ALM, and participated in all ALM has to offer, from being a part of Congressional Visits Day to ramping up their skills at a special professional development workshop.

“Part of the Ambassador program is providing professional development and networking opportunities for these ambassadors, and we thought ALM would be a really great opportunity for them to learn a lot more about APS,” says Monk. “At the ALM, we paired each of the student ambassadors with a unit leader as their mentor for the whole meeting, so they had that unit leader to answer questions for them or talk about their career path, whatever they needed.” 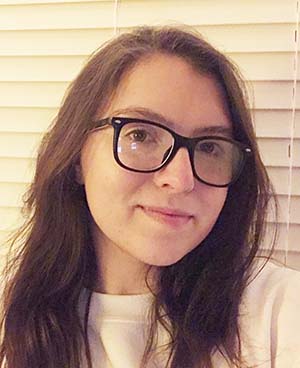 In a student-ambassadors-only session at ALM, the ambassadors were given resources, both for their own career growth and for their work as representatives for APS. A workshop titled “Finding Your Voice: On Campus and Off” helped give the students tools to better communicate about themselves, their research, and as APS representatives. Crystal Bailey, Head of Career Programs at APS, headed up a careers roundtable, sharing the resources APS has for students and early career scientists, and Monica Plisch, APS Director of Programs, provided information on Society efforts dedicated to education, diversity, and inclusion. Monk led a training session, ensuring the ambassadors had all the tools they need to be successful representatives to fellow students.

“It was very useful to have a semi-informal presentation of all the resources APS has to offer,” says Huei Sears, a graduate student at Ohio University and one of the Student Ambassadors who attended ALM. “I know that joining APS allows students to present at APS conferences for an affordable price, but I've struggled in finding reasons to join APS for students who maybe aren't ready to present yet. This presentation gave me that information, and I now feel prepared to encourage all graduate students to join [APS].”

Both undergraduate and graduate students can become Ambassadors upon nomination from the chair of their physics department or from other faculty members. Students will also be able to apply to be an Ambassador online starting August 1, 2020.

When asked what she would tell students who may be interested in joining the program, Sears’ advice is simple: “Jump right in & join,” she says. “I've learned a lot about APS (and the physics community in general) during my time as a Student Ambassador, and I greatly enjoyed attending ALM. If you have any questions or concerns don't hesitate to reach out and ask—APS wants the best for the physics community, and including students is imperative in securing a bright future.”