The Forum on Industrial & Applied Physics

The Forum on Industrial & Applied Physics (FIAP) is a home for APS members who work in the private sector, as well as those broadly interested in entrepreneurial applications of physics and building greater connections between academia and physics-related industries—including the aerospace, automotive, semiconductor, software, and biophysics sectors.

FIAP arrived with a bang in 1994, drawing 4,500 initial members and establishing itself as the largest APS forum in under one year (see APS News November 1995). At present FIAP is more than 5,000 members strong, making one of the largest units across the Society's 38 divisions, forums, and topical groups.

FIAP’s healthy membership base reflects widespread interest from the APS community around the exciting industrial applications of physics. And with good reason: Industrial physics has been a revolutionary force over the past few decades, transforming physics discoveries of the 20th century into innovations like computers, cell phones, consumer electronics, and information technology.

What’s more, industrial physics comprises a major part of the US economy: a recent APS report on the economic impact of industrial physics estimated that physics-based industries were responsible for a whopping 13% of national GDP in 2016 (2.3 trillion) and up to 30% (5.5 trillion) if indirect contributions are included.

Paradoxically, at a time when the impact of physics research is most visible in its industrial applications, the voice of industrial physicists in the APS community is comparatively small. While a majority of people with degrees in physics go on to work in the private sector (approximately 60% of physics bachelor’s degree holders and 50% of physics master’s degree or PhD holders), only about 6% of APS members identify as working in industry as opposed to academia, government, or national laboratories. Furthermore, most industrial physicists don’t regularly attend APS conferences and meetings, therefore missing out on opportunities for networking and engagement with the latest fundamental physics research.

The reasons for the disconnect between the traditionally academic world of APS and the industrial physics arena are many. In large part this has to do with stark differences in the culture of graduate school versus the private sector, according to FIAP chair Ichiro Takeuchi, professor of materials science and engineering and affiliate professor of physics at the University of Maryland and co-founder of a startup focused on solid-state cooling technology.

“Physics prides itself on being a ‘pure science’ and the philosophy in graduate school emphasizes generating original findings,” he explained. “The questions of highest academic interest are not necessarily in line with the questions that most need answering in industry.” In short, “pursuing pure physics is orthogonal at some level to making better iPhones.”

This sentiment was echoed by Steven Lambert, an industrial physicist with 25 years of experience in disk drive R&D who now serves as the Industrial Physics Program Manager for APS—a position specifically dedicated to implementing programs to engage physicists in industry (see APS News December 2013). “Some physics students are told that pursuit of pure knowledge is the highest good, so it may require a change of focus to work on the urgent problems facing a company.” 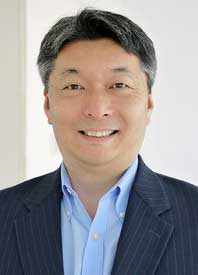 According to Lambert, another issue is differences in the set of soft skills valued in industry as opposed to academia. “Physics graduate school doesn’t necessarily train people for a collaborative, team-oriented environment since PhD research is often a rather solitary effort,” he explained. “Communication and networking skills are also highly valued in industry, and some students are not ready for that.”

FIAP exists to bridge this gap, helping APS better meet the needs of the industrial physics community and promoting awareness of the opportunities in this arena. These efforts are especially evident at the APS March Meeting, where FIAP typically sponsors or co-sponsors around ten sessions. These sessions are organized around FIAP’s flagship “Industry Day,” which has expanded over the years into a multi-day program with events spanning the entire meeting.

Lambert explained that a major focus of these sessions is to give graduate students and early career scientists exposure to career options in the private sector—something they may not have encountered thus far in their academic careers. FIAP's career activities involve a collaborative effort with the APS Committee on Careers & Professional Development and the Society's Career Programs Department, noted Crystal Bailey, the Head of Career Programs at APS. A perennial favorite is the annual “Meet Your Future” session, which involves a panel discussion and Q&A with physicists who work in the private sector.

Other FIAP-sponsored sessions slated for the 2020 March Meeting include “New Ways of Seeing with Data Science,” “Seeing the Energy Future,” “Imaging in Industry,” and “Innovations from Industry.”

In line with these efforts, APS has made a priority of “broaden[ing] the APS membership to include more physicists in industry and the private sector” in its most recent Strategic Plan (see APS News March 2019), committing to forging closer ties with industry, offering programs and workshops to address industry interest in physics research topics, and providing more mentorship opportunities and leadership training in industry.

These efforts appear to be having an impact, particularly with the newest generation of physicists. According to Takeuchi, students today are becoming more appreciative of the connectivity between physics and industry—particularly in subdisciplines like condensed matter physics and materials physics where the industrial applications are especially clear and are increasingly being discussed in graduate school curricula. “It’s changing,” he noted, “but I would say it’s not changing fast enough.”

Overall, FIAP stands out as one of the most ambitious APS units, working for greater recognition for and inclusivity of the physicists working in industry and as entrepreneurs, and acting as a conduit for students and early career scientists toward a rewarding career in the private sector. More information can be found at the FIAP website.