I must search in the stars for what is denied me on earth.
—Albert Einstein

You are standing in the path of totality, waiting for a total eclipse of the sun. You have never witnessed one before, but each is different. It happens slowly, as if giving your brain time to prepare as the shadow of the new moon speeds forward to devour our closest star. At first contact, it looks as if a dark mouth has taken a bite of yellow from the sun. But this is still your world, the one you have known all your life. The bite grows larger as more of the sun disappears. With ten minutes to second contact, the total eclipse, daylight has gradually slipped away, replaced by a bluish twilight. The once magnificent sun has been eaten down to a thin crescent. Familiar landmarks now exist in a world of monochrome color you do not recognize. Odder things begin to happen. Reflected through the leaves of nearby trees, thousands of small images of the sun’s crescent are spilled on the ground around you. Animals have sensed the loss of daylight. Birds flutter in confusion. Cows herd into the barn. Nighttime insects rattle in surprise. Diurnal flowers fold their petals. A shivering dampness flows over you. At your feet, the grass has turned to silver. This is no longer the earth you knew.

Now the sun has become a thin sickle, clinging to its last rays of light. The moon’s shadow comes quickly from the western horizon, a massive wall of darkness speeding toward you at over two thousand miles per hour. With totality soon to begin, the crescent of sun breaks into blazing beads of light that flow into each other, like drops of water fusing, until only one bead is left. It glitters in the darkened sky above you like a diamond ring. Jets of red flame burst from behind the black body of the moon before it finally covers the sun, the source of life for your planet. Songbirds are silent. Bats are on the wing. This is when you can look with your unprotected eyes at the spectacle above you. Planets that were lost in the light of daytime are now visible. The brightest stars twinkle. The solar corona, shimmering like a milky halo around the sun’s hidden disc, is the color of liquid pearls. Its gray-white streamers, laced with crimson, are spilling backward into space for millions of miles. Your world has been thrown into a dreamlike trance. Distance now has no meaning. The heavens reach down, bringing the universe closer. The vastness of space reminds you of your mortality. 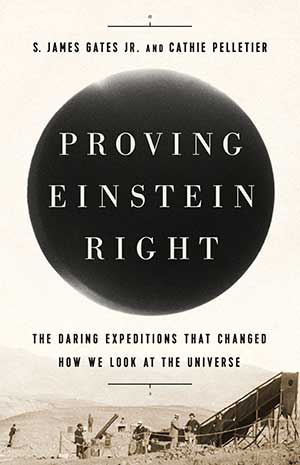 But now the reverie starts to undo itself, slowly reversing its steps. The diamond ring is back, a pulsing bead. It soon blends into a glowing string of pearls. The moon is gradually uncovering the sun, which has not perished after all. There’s the crescent again, a blessed slice of yellow. The planets and stars have disappeared. Songbirds begin singing from the trees. The air around you warms as the sky once again lightens. The life-giving sun is on its way back. The world you thought you knew is returning. But it will never be the same one you left minutes earlier. You are now changed. You have been transformed by the magic and the miracle of a total eclipse of the sun.

Although the astonishing splendor of a total solar eclipse has never changed, what has are the people who view one. If you live near or within the path of totality, you’re just plain lucky. While professional astronomers and experienced amateurs will travel great distances around the world for a total eclipse, even the casually curious can become eclipse chasers, especially within their own country. They catch planes or they drive to that slim track where the view will be perfect, despite the fact that totality may last only a couple of minutes. Days before an eclipse, airports become crowded, car rental companies are besieged, and hotels fill up. Professional tour packages headed by seasoned astronomers are fully booked months in advance by teachers, bank tellers, college students, and doctors.

Eclipse day is filled with news coverage, commentaries, and precautionary advice. Enthusiasts can check up-to-the-minute weather reports and track the path of the sun on their phones and iPads. If the viewing place they chose has clouded over, the more ambitious jump into cars or onto tour buses and speed to another spot, fifty or a hundred miles away, where the skies are cloudless. Wealthy eclipse chasers purchase seats on chartered jets that fly them above any inclement weather as they follow the moon’s shadow. In June 1973, a select group of astronomers chased the eclipse path across the Sahara Desert at twice the speed of sound in an early model of the Concorde. In 2017, the National Aeronautics and Space Administration (NASA) sent out two jets with telescopes mounted on their noses, maximizing the minutes they could photograph the eclipse during totality.

But it wasn’t always this easy. From the mid-1800s into the first two decades of the 1900s, long-distance travel to eclipse paths was mostly done by professional astronomers and knowledgeable amateurs. These men of science, and the rare women of science, were unwavering in their desire to observe a total eclipse of the sun for those few brief minutes. Lured by this remarkable phenomenon, they planned for months and even years before journeying to exotic parts of the world. Travel by boat, train, wagons, and pack animals was always rigorous and often dangerous. And yet, their best-laid plans could be obliterated in seconds by rain or clouds. The outbreak of regional or national conflict could entirely undo a well-planned expedition. Gone from their families for months at a time to foreign lands and unforgiving climates, these astronomers faced illness and possible death from the bubonic plague, malaria, yellow fever, and the Spanish flu. They protected themselves as best they could from wild animals, poisonous snakes, venomous insects, floods, forest fires, food poisoning, and local superstitions. But through it all, their mission remained clear: advance scientific research to better understand the cosmos.

Until the last years of the nineteenth century, drawings by sketch artists using pencils, charcoals, and pastels had been the dominant method of capturing images during a total eclipse. As photography evolved and became more sophisticated, it soon replaced drawings, which had to be done quickly. Photographic plates were permanent records that could later be reviewed and analyzed. But until 1911, astronomers were focused mostly on solar-related features during eclipses, especially on the corona, that halo of matter surrounding the sun. From this coronal structure, which could only be observed during totality, they would learn much about sunspot cycles, solar flares, and the solar atmosphere itself. Their attention during these eclipses, therefore, was on the sun, our own star. Other stars were studied at night, in observatories and with amateur telescopes around the world. And then along came a young German physicist with a challenging question about photographing other stars during a total eclipse.

Before he turned thirty, Albert Einstein had been working on a geometric theory of gravitation that embraced his 1905 theory of special relativity and expanded Newton’s law of universal gravitation. Commonly known as general relativity, the theory provided a provocative and unified description of gravity as a property of space and time, what would become known as space-time. The curvature of space-time would be linked to the energy and momentum of any existing matter and radiation. If this idea was correct, the path of light would follow the arc of space-time. Thus, when passing close to a large body or mass, light would bend by an observable amount. But how to prove it? It was obvious to Einstein that his answer lay in those large bodies of the cosmos, a planet or star big enough to attract light waves. A physicist, he now needed the help of astronomers. The only way to test this premise would be to photograph starlight as it passed the gravitational pull of the sun. And the only time that could be achieved was during the brief darkness of a total eclipse.

Over the course of a decade, several esteemed astronomers in four countries would take on the “Einstein problem” in what would become an epic tale of frustration, faith, and ultimate victory. To succeed, at least one of them would need access to the path of totality for an upcoming eclipse. He would need ample funding. He would need the proper instruments. He might have to travel thousands of miles. He would hope for unity in a world that often perched on the brink of war. And he would pray for clear weather during those few fleeting minutes. If all these elements came together, the answer he found in the stars could shake the foundations of physics that had been in place for two centuries. The very concept of gravity, as the world understood it from Sir Isaac Newton, was at stake. Would the apple fall in a new way?

Sylvester James Gates Jr. is Brown Theoretical Physics Center Director, Ford Foundation Professor of Physics, Affiliate Professor of Mathematics, and Faculty Fellow, Watson Institute for International Studies and Public Affairs at Brown University. In 2013, he was awarded the National Medal of Science, the highest award in the United States given to scientists. He is former president of the National Society of Black Physicists, a Fellow of APS, the American Association for the Advancement of Science, and the Institute of Physics (UK). He regularly gives lectures for general audiences and makes frequent appearances in documentaries about science. Gates is currently Vice President of APS and will become President in 2021.

Cathie Pelletier is the critically acclaimed author of twelve books, including The Funeral Makers, The Weight of Winter, and The One-Way Bridge. Several have been translated into numerous languages, and two have been made into films. She lives in Allagash, Maine, on the banks of the St. John River, in the house where she was born.

This article is excerpted from their new book Proving Einstein Right: The Daring Expeditions that Changed How We Look at the Universe (PublicAffairs, Hachette Books Group, 2019).