America has been a destination for the best and brightest students in the world who contribute to our cutting-edge research projects. Unfortunately, we’re losing our draw as many international students confront challenging legal paths to study in the U.S. Many of these world-class students are now going elsewhere, to the benefit of other countries. Thankfully, U.S. Senator Cory Gardner is in a position to help preserve our country’s global science leadership.

It’s no secret that part of America’s economic success comes from the contributions of immigrants. My grandparents and great-grandparents came to this country and helped build the cities and towns they lived in, creating better lives for themselves and our society. From construction to technology to pharmaceutical companies, immigrants—students in particular—have played crucial roles in building the businesses that strengthen the U.S. economy.

But our nation is now at high risk of no longer attracting the best students around the world. Last year, the percentage of international students applying to graduate physics Ph.D. programs at U.S. institutions declined by an alarming 12 percent. This decline has also happened here in Colorado. And while we’ve been facing declines, other countries such as China, Australia, Canada, and Germany all experienced increases.

We must take immediate steps to once again make the U.S. the top destination for the best international students in the world to come, study and then build their ideas and businesses here. 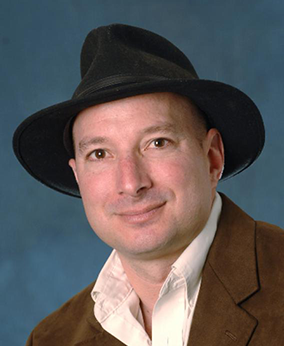 Despite the complexities surrounding immigration, at least one issue has garnered the support of the White House and members of both parties of Congress. Attracting and retaining “the best and brightest” students to America is one of the major goals of the recently unveiled White House immigration plan.

Whatever immigration plan Congress passes, it should make the F-1 student visa “dual intent” and provide a path to citizenship for international STEM graduate students. That would be a transformative step to attracting the best students to our Colorado institutions. Right now, the F-1 is single intent—students can come here to study, but they must state that they intend to leave the U.S. after completing their degree. That needs to change. Why would we train international students and not encourage them to stay and invest their talents in the country that invested in them?

Supporting legislation that makes the F-1 visa dual intent and creates a path to citizenship for international students would only help Colorado’s economy. According to the Center for American Entrepreneurship, as of 2017, 30 percent of Fortune 500 companies based in the state were founded by immigrants or their children. Ball Corp., a Broomfield-based metal packaging company with a major aerospace division, is one example. Founded in 1880, the company employs more than 17,500 people throughout the world. And last year, it boasted net sales of $11.6 billion.

Changing the F-1 provision and providing a path to citizenship is something that Gardner should support, given his strong history of backing legislation that promotes America’s scientific global competitiveness, including the American Innovation and Competitiveness Act, which was signed into law in 2017. He knows just how much this matters to our state: “In Colorado, scientific research is a major economic driver… (and) … it’s an embrace of the spirit of America that encourages us to continue to dream big,” Gardner previously stated.

Immediate steps need to be taken to ensure that scientific research continues to be that driver of the Colorado economy. As Congress wrestles with the various immigration issues, Gardner needs to support the visa changes that can keep us the destination of choice for the best and brightest students in the world.

Noah Finkelstein is a professor of physics and a Presidential Teaching Scholar at the University of Colorado. He is also involved in various state and national STEM education initiatives. This op-ed was first published in The Gazette (Colorado Springs) on May 20, 2019.