Three thousand members strong, the Far West Section (FWS) is the largest geographical section in APS, forming a home for researchers based in California, Nevada, and Hawaii. Given the lively academic and industrial climate in the far west, it should come as no surprise that FWS is one of the most vibrant geographical sections in the Society's ranks.

Geographical sections are an important part of the APS ecosystem: In addition to acting as a networking platform for physicists in different fields and at different stages of their careers, they also provide a vehicle for interactions between nearby academic institutions (from small liberal arts colleges to large research universities), government laboratories, and industry.

FWS was established in 2000 as the California section—one of the first to be founded as part of an APS initiative to build a bigger grassroots presence across the country. Nevada was added to the constituency in 2009, followed by Hawaii in 2013. At present, geographical sections have expanded to encompass the entire U.S.: In addition to FWS these include Four Corners (4CS), Mid-Atlantic (MAS), New England (NES), New York State (NYSS), Northwest (NWS), Ohio-Region (OSAPS), Prairie Section (PSAPS), Southeastern (SESAPS), and Texas (TSAPS). 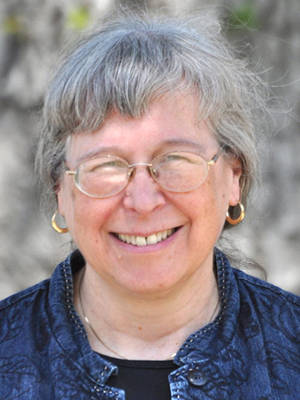 This is especially true for FWS: The section features researchers with notable strength in astrophysics, high energy physics, and nuclear physics. In Sparks’ estimation, a major reason for this broad expertise is the section's backbone of state universities and small undergraduate-focused institutions, which tend to specialize in areas that don’t require expensive and elaborate equipment. With the arrival of members from Nevada, FWS has broadened its strength in plasma physics, AMO (atomic, molecular, and optical physics), atmospheric science, condensed matter, and high pressure physics.

A particular point of pride for FWS is its Annual Meeting—hailed as a kind of “mini-March Meeting” for APS members in the far west part of the country. The FWS Annual Meeting involves plenary sessions with leaders in their respective fields along with contributed talks and a poster session. Many of the presenters are undergraduates and graduate students having their first experience of discussing their work at a professional meeting. Past plenary topics included such diverse areas as neutrino physics, nanoscience and nanotechnology, dark energy in the universe, science communication, biofuels, comet dust, and solar power.

The FWS Annual Meeting organizers stress the breadth of participation at this event: Industrial physicists are an integral part of the FWS community and are prominently featured as speakers, and high school physics teachers are actively encouraged to attend. FWS also works hard to capture the range of physicists in all stages of their careers at the Annual Meeting. The event additionally features ample career development advice for students and early-career researchers, including a Saturday panel discussion that focuses specifically on career paths outside of academia—a domain that is often unfamiliar to young scientists. This year’s FWS Annual Meeting is slated for November 1 and 2 at Stanford University.

In parallel with the Annual Meeting, FWS also held a one-day symposium at the University of Hawaii to reach out to the physics community in the very Far West. To further increase these interactions, FWS is planning to hold its 2020 Annual Meeting in Hawaii.

As chair, Sparks’ wish for the FWS is to “increase an awareness of the importance of the APS to physicists in the far west area, and vice versa.” She added that FWS—particularly its Annual Meeting—provides a vehicle for APS to hear from physicists who might not otherwise attend the larger March Meeting or April Meeting. Geographical sections like FWS therefore play an important role in representing the needs of industrial physicists, students, and the faculty at "non-R1" institutions, and can in turn help make APS more important in their professional lives.

Overall, FWS stands out as an active and community-driven geographical section, with plenty to offer members in terms of mentorship, professional development, and diverse learning opportunities. More information on this unit can be found at the FWS website.