In 2002, the physics community was shocked by two high-profile cases of data fabrication—the Schön scandal and controversy surrounding the discovery of element 118—spurring calls to more effectively confront ethical issues in the practice of physics. Then two years later, an APS task force identified other issues in physics beyond faulty data collection, including poor treatment of subordinates.

As a result, APS began releasing ethics statements over the years to promote best practices in physics. The chair line of the Panel on Public Affairs (POPA) at APS has been traditionally responsible for evaluating issues of ethics and reviewing ethics statements, but a new Ethics Committee, which convened for the first time on June 6, will now lead the charge for promoting ethical practices by APS members. 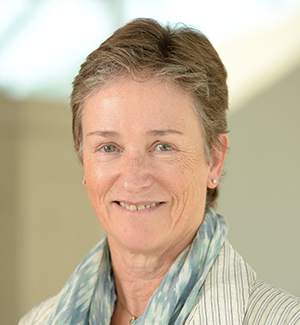 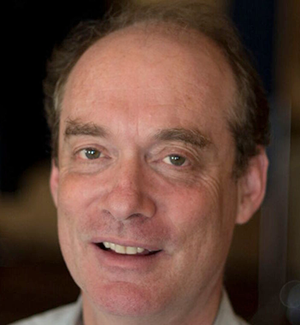 “We tried to draw pretty broadly across APS for stakeholders and expertise, in particular on matters that come up in ethics,” says Frances Houle, a member of the committee. “That is, matters having to do with treatment of people and having to do with preservation and protection of the scientific record.”

Houle’s involvement with ethical issues at APS dates back to the 2004 Task Force on Ethics, which she served on alongside Kate Kirby, now CEO of APS. Together they wrote an article for Physics Today (November 2004) titled “Ethics and the Welfare of the Physics Profession,” detailing the results of surveys the task force conducted.

“The task force had the charge of understanding how ethics are taught in the physics curriculum and what people learned from it,” says Houle. “We did a bunch of surveys and short answer is that it isn't—ethics are not taught.”

“Since then, I think those who were aware of the problems that were brought up thought that there should be a sustained set of actions to take care of these issues,” says Michael Marder, professor of physics at the University of Texas at Austin and chair of the new Ethics Committee. “These actions would be efforts to educate physicists on good practices for treatment of graduate students, guidelines on work-life balance, and ways to respond to different forms of harassment.”

The establishment of an Ethics Committee was in part motivated by several APS Ethics Statements that came up for review by POPA in 2017 and an effort to consolidate these statements into a single guiding document.

“In 2017, the ethics statements came up for review, and I've always thought it was a problem that they were fragmented, that there wasn't a coherent single document that you could go to,” says Houle, who was chair of POPA at the time. “But part of the conversation among the group working on this was that we really need an ethics committee to keep this guidance document current, to correct it, to update it as needed.”

New sections were added to the APS ethics guidelines, covering issues in publishing such as redundant publication; addressing explicit, systemic and implicit biases including harassment; and laying out professional guidelines for use of social media, use of public funds, and conflicts of interest. These additions were extensively reviewed and presented to APS members for comment before their approval by the APS Council in April 2019.

The Ethics Committee, officially established in November 2018, was also made possible by Houle and Marder’s mutual belief in the importance of continued focus on addressing ethical issues. As the successor to Houle as chair of POPA, Marder was able to continue her efforts.

“The committee was something that the previous chair [Houle] had already put a huge amount of work into—a single year was not enough time to complete the work,” says Marder. “It was really quite necessary that I put the effort into making sure that this went through. I was convinced that the ethical standards of the community are really an essential foundation on which physics has to rest.”

In addition to overseeing implementation of ethics policies and updating the ethics guidelines, the Ethics Committee will provide resources to promote ethical best practices through educational programs and events organized at APS meetings. At the inaugural meeting of the Ethics Committee, a subcommittee was tasked with creating resources for the new Committee website, with the vision of it becoming a hub for the physics community to access materials to promote ethical practices.

Another task of the Ethics Committee will be to create a policy for revocation of membership or honors based on instances of ethical misconduct or harassment.

“Part of our charge is to consider the way that we're going to respond to allegations of different forms of harassment,” says Marder. “We'll have to consider the question of whether there may be circumstances where revocation of APS membership might be appropriate, where individuals might not be eligible for APS awards and offices—there are members of the APS who feel this is an urgent matter to consider and the committee is considering what we should do.”

For more on the new APS Ethics Committee, visit the Ethics web page. The full text of the ethics guidelines adopted by the APS Council is available at the APS Statements website.